Nationally, children who get access to unsecured guns are killed more than once a week. 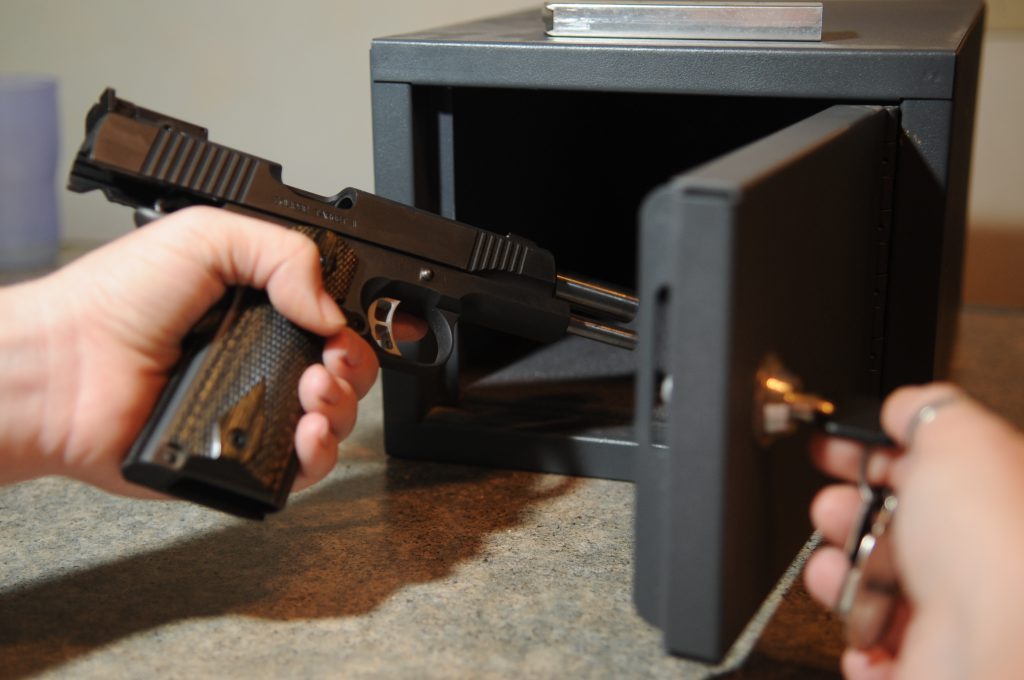 Once again there is a news story of a child who finds a gun in a home and fires it. The latest such report comes from Milwaukee.

Milwaukee police say a 4-year-old girl found her father’s handgun then accidentally shot him and herself, but both are expected to survive. Prosecutors are reviewing the case for possible charges.

Such stories send shivers through society as we know the gravity of the situation with guns. When small children are able to access them and fire off rounds it alerts all to the reasons we must have meaningful laws on the books to make sure guns are stored in a responsible manner.

Why it made me cringe to read the account above is because all too often the collateral casualties of the accessibility of guns in America are children. This also stings as these wounds (and worse) to children are preventable.

Gross negligence in the storage of guns must have a legal price associated with it.  Too few states have legislation with teeth to insure that children are protected.

After such news stories are read or heard we then have conversations about the endless hypotheticals that could have been taken to make sure the weapon never made it to the hands of the child. Trying to talk our way out of what happened will not solve the issue. We know what needs to be done when it comes to guns in homes. They need to be properly stored, and there needs to be a tough legal consequence for not protecting a child.

In March 2019 USA Today laid the case out clearly as to why gun storage laws need to be applied in states like Wisconsin.

Children were killed more than once a week last year under similarly tragic circumstances – a loaded gun and an adult’s attention lapse – presenting prosecutors with a vexing question: Who is to blame, and how should that person be punished?

At least 73 juveniles under age 12 were killed last year, roughly the same pace as the previous five years.

A safe-storage bill is needed in the Wisconsin state legislature so to be presented to the public in the same determined manner as is the red-flag and background check bills. They each would aid in the curtailing of gun shootings, deaths, and injuries. No one law will solve the problem of too many guns and too many acts of violence in our society, as we are all aware. But a concerted effort to find the various measures which will lead to the greatest positive impact needs to be pursued.

Our state’s children are too important not to try. We must stop protecting guns before children.