‘The Roommate’ Is Funny, Serious, Fast-Paced

Renaissance Theaterworks show has weaknesses but good acting, directing make it all work. 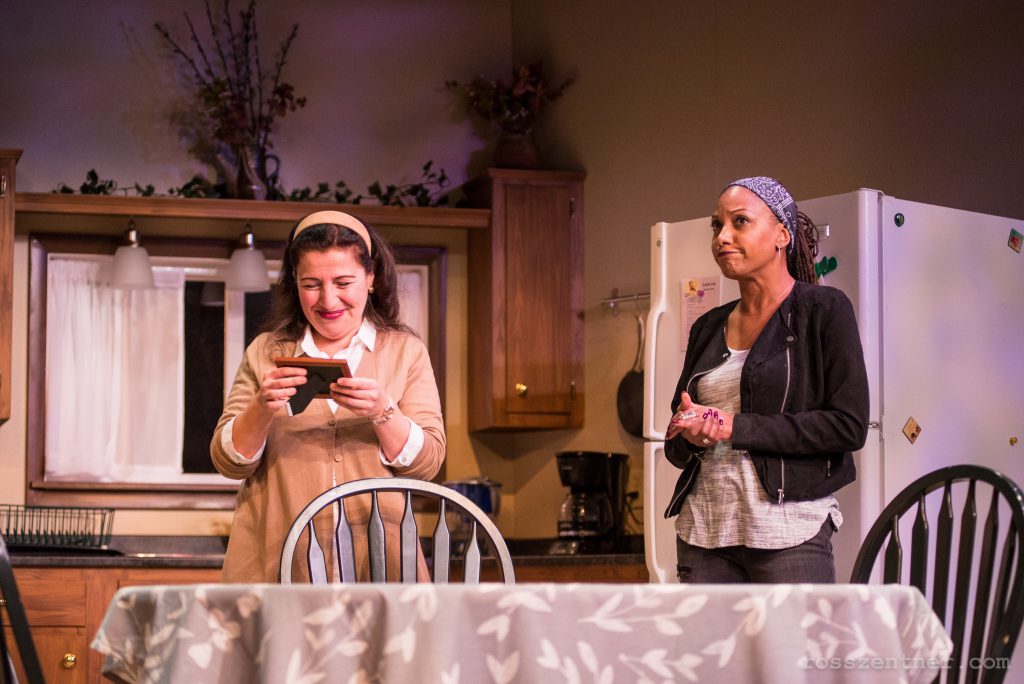 It’s always a moment of trepidation in theater when you encounter a new playwright. Especially one attempting what the trade calls a two-hander – two actors, one set, 100 minutes of uninterrupted action and a comedic and serious topic that hardly excites the patron into high expectation —  an uptight, middle-aged, lonely Iowa mommy taking in The Roommate from New York City who is vegan, mysterious and gay.

Yet within three lines of dialogue, the audience at the Broadway Theatre Center succumbs to both laughter and moments of insight into what roles we have decided to play in our lives. Playwright Jen Silverman is no novice even though in her thirties. She has the wicked ear for dialogue of a female Neil Simon and a Susan Sontag ability to play among pop culture and social psychosis.

In this Renaissance Theaterworks season opener through November 10, she is also in the hands of two female actors of high caliber and a director, Suzan Fete, determined to magnify the laughs yet keep the characterizations in believable proportion. The play progresses in a series of learning encounters between the roommates, with each blackout flying by as fast as the sole stagehand can maneuver the props in the dark – and that is pretty darn fast.

Silverman may have deliberately set out to create a playground for actresses over 50, with plenty of good repartee to bat back and forth and renew our faith in theater’s ability to listen and react. But in so doing she carved some recognizable cores of human experience. The play indicts hilariously the facile putdowns and generalities Midwesterners have for the coasts, and vice versa, but then expands the stereotypes to sudden curious questions about the roles we choose to play in life, and how much of ourselves we reveal in conversation.

The giddy seemingly guileless Sharon who takes in the taciturn boarder Robyn may seem the target of a too fast comic awakening but the play is deeper into reversals of expectations than that. Her internal motors and ferocious curiosity change her more than either party expected and the events also open up her roommate in surprising ways.

Isabel Quintero – a Chicago actress new to Milwaukeeans – is riding on the edge of “I Love Lucy” behavior, but rises above sitcom fare with her expressive face and impeccable, even audacious, comic timing. She catches every moment of Sharon’s impulsive manner and then quixotic quickness.

As Robyn, Marti Gobel may have the less flashy role, but it becomes more than that in how she elevates the droll asides and deepens the caution flags that surround this character as Sharon grills her. Gobel may be a bit obvious in drawing an aura of mystery around her character but the part seems to call for just that, rather than the pointed revelation in dialogue and behavior that Sharon embodies. Gobel’s character can’t signal her internal feelings like Sharon can, so she compensates with an almost stern emotional stillness.

It doesn’t all work. Silverman is compressing time and character traits here in ways that sometimes come back to bite the plotting. But like instinctive playwrights do, she realizes the audience wants to believe in the changes and that we will fill in because we so enjoy good acting. The play has leaps we kick ourselves for accepting because the result is effective acting moments.

Good directing in plays like this is by nature seamless. We are only conscious later how cleverly the two actors have been moved around and how their best moments have been polished. Technically the production elements are equally invisible and effective. 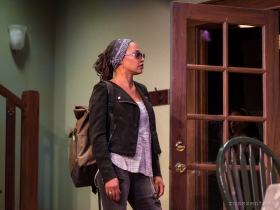 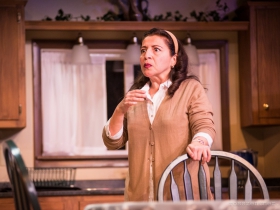 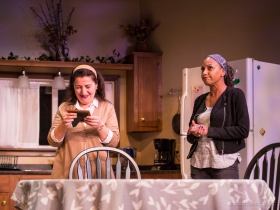 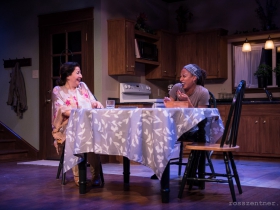 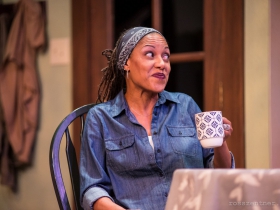 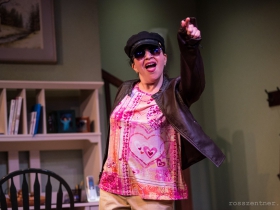