A Powerhouse Pianist Lives Up to Billing 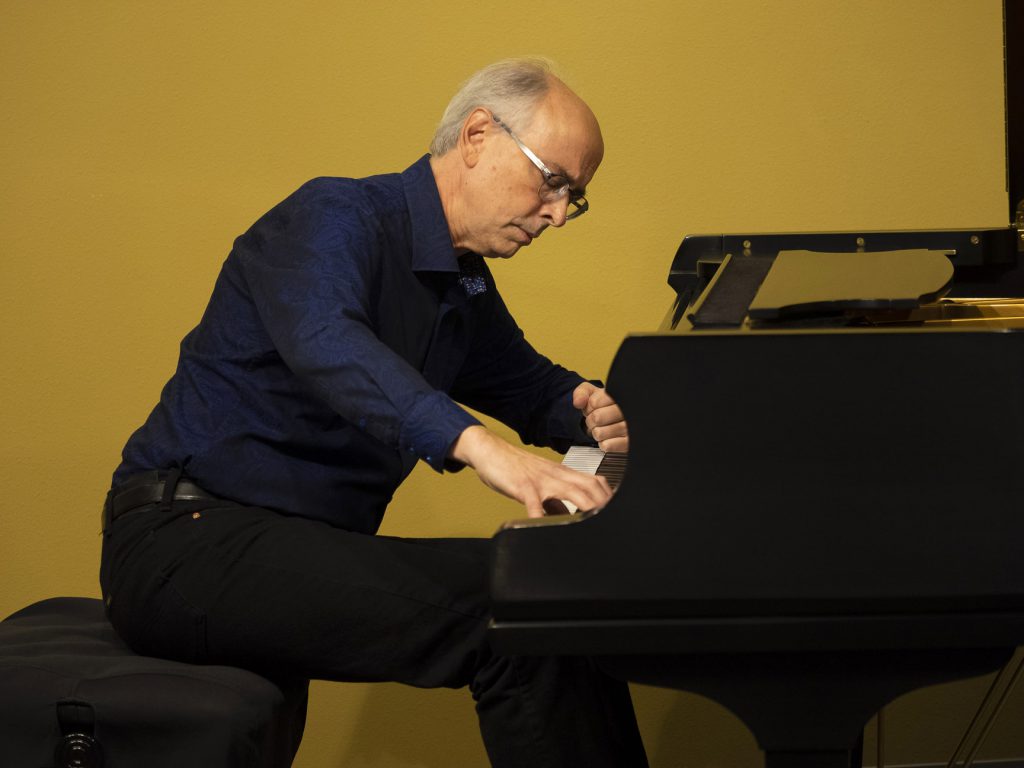 This past Saturday marked the first concert in a new Present Music sub-series called “Powerhouse Pianists,” with the first event held at Hulbert Piano in Brookfield. It’s a smart idea, and the inaugural concert was a treat: a program centered around Charles Ives’ “Concord Sonata,” often called the greatest piece of American music ever composed. I came to this concert as someone who has performed the piece, aware of its significant difficulties, its programmatic context that necessitates some explanation, and of the fact that no two performances are ever really the same.

Phillip Bush, a contemporary music specialist, has a history with Present Music, having played with the group from 1995-2010. He has also spent more than 15 years playing the Ives sonata specifically. To place the “Concord” in the context of its time of composition, the “nineteen-teens,” Bush offered some fascinating repertoire that charted a trajectory of increasing experimentalism, starting with two charming salon pieces from Arthur Foote: “Dusk” and “Flying Cloud.” He created a nicely sustained mood in Charles Griffes’ “The White Peacock” and a storm of sound in Leo Ornstein’s “Suicide in an Airplane.” Through the increasing volume, the Mason & Hamlin piano still maintained a fairly mellow tone suitable for the intimate room.

The trail of musical breadcrumbs continued with two appealing preludes by the little-known Marian Bauer and one of Henry Cowell’s “Three Irish Legends,” which employed left-arm clusters throughout. Then it was time for Ives. Bush took about ten minutes to walk the audience through the piece, which at surface level is a series of musical portraits of the ideas of Emerson, Hawthorne, the Alcotts (namely Bronson and Louisa May), and Thoreau. He hit many important points: the constant presence of the motto from Beethoven’s Fifth Symphony, hymn tunes and other vernacular musical elements, and the musical narrative of the elusive Thoreau movement. Through this talk and his remarks on the other pieces on the program, Bush was warm and well-spoken. In the intimate space, it felt as though we were guests at an extra special house concert.

Bush gave a fast-paced reading of the “Emerson” movement that emphasized melody and continuity of line. I would have liked a little more abandon in some of Ives’s wilder writing, and maybe more cataclysmic climaxes. But Bush definitely made a case for the music, showing the musical logic connecting each section. The build to the final climax was terrific, with many details audible in the thick texture, and he really let loose on the final chordal statements of the Beethoven theme.

“Hawthorne,” the most technically difficult movement and also the most fun, was probably the highlight of the performance. He nailed the flighty, mischievous character of the opening section with his rock-solid technique. Through the movement’s twists and turns, he always gave his melodies direction. He really savored the details in a particularly jazzy Beethoven moment with the left hand rumbling around underneath. An off-kilter ragtime section really came to life, though the ensuing fist-cluster run up the keyboard could have been crazier. There’s a turning point in this movement where the music turns into sputtering atonal jazzy fragments and then a whirling vortex. Bush executed this sprint to the finish with astonishingly clean playing that still maintained excitement.

In the short, tonal “The Alcotts,” Bush offered beautiful tone color and the right balance of sentiment and mysticism, and a well-paced path to the big moment of arrival at the end. During “Thoreau,” I sensed some restlessness in the audience, but that was to be expected. It’s slow, quiet, dissonant music. There’s a “walking theme” that occurs several times in this movement, and Bush voiced these chords nicely with the top notes ringing out. During a sort of development section, more sensitive voicing brought out melodic motives in the musical thickets that I had never considered before.

The key word in this performance was control. I’d argue that a little more roughness and vagueness in some spots can better reflect the underpinning ideas, but Bush’s consistent clarity and coaxing out of details really shone a light on the music for the audience. During the following Q&A session, there was real enthusiasm in the room, with guests asking about other Ives works to check out and posing questions that allowed Bush to show more of his passion and understanding of the music. You couldn’t ask for a better way to celebrate Ives’ birthday weekend than with a recital that got people excited about this great composer and his masterpiece.