A Time Capsule of Milwaukee

Art Museum's “Portrait of Milwaukee” offers vignettes of the city’s history over an 80-year period. 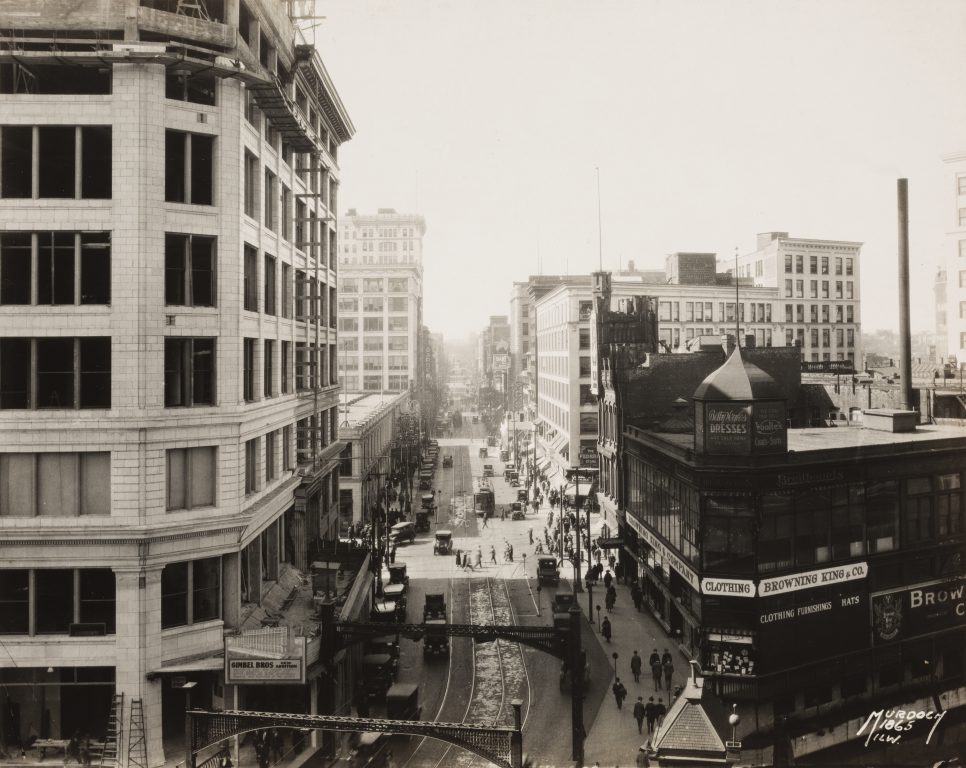 Through March 1, the Milwaukee Art Museum presents the photography exhibition, “Portrait of Milwaukee,” which offers a candid and engaging look at the city’s industry, history, politics, culture and nightlife over nearly 80 years.

Located in the museum’s Herzfeld Center for Photography and Media Arts, the exhibit features nearly 100 black-and-white silver gelatin prints taken by dozens of Milwaukee photographers and photojournalists, among them Edward R. Farber, Esther Shapiro, James Brozek, Mark E. Jensen, Steven D. Foster, Arthur P. Haas, Jerry Berndt, Kristin Gronbeck, Ned Vespa, and Susan Armour. Besides having a great eye for detail, some of the photographers were ahead of their time in terms of technology. For example, Milwaukee Journal-Sentinel photographer Farber developed the portable electronic flash in 1937, an invention which has had an indelible influence on photojournalists.

Photos from Milwaukee companies Harley-Davidson and Miller Brewing Company illustrate their major impact on the city’s economy. It’s difficult to imagine Brew City without them.

“Portrait” captures many of the city’s neighborhoods and small businesses, from east side barber and flower shops to north side butcher shops and south side homes. Other photos showcase the serene, cool beauty of Lake Michigan, Milwaukee’s greatest natural landmark, the city’s stunning Victorian-era architecture, and the Milwaukee Bucks on the basketball court.

The exhibit also features photos capturing Milwaukee’s civil rights movement and its leaders, such as Vel R. Phillips and Catholic priest James Groppi. The movement began in the 1950s to protest segregated housing and schools and reached its zenith in the 1960s, categorized by Groppi’s fair housing marches across the 16th St. Viaduct. “I wanted to show the fullness of the movement,” explained Ariel Pate, MAM assistant curator of photography.

“Portrait” also contains photos from “Spirit of Milwaukee,” an exhibit created by The Milwaukee Center of Photography (a school founded by Murray Weiss and Robert Lewis and in operation from 1975 to 1986) to honor the U.S. Bicentennial.

Another highlight of the exhibit is a series of photos taken by Stanley Ryan Jones, documenting individuals in the city’s punk/New Age movement in the late 1970s/early 1980s. Displayed in a glass case, the photos have singed edges, the result of a fire which took place in the early 1990s in the Norman Hotel on Wisconsin Ave,, where Jones’ studio was located. Although some of the photographer’s work was destroyed, these photos, which were stacked on top of each other, miraculously remained intact.

“These photos are a great time capsule. There’s a lot of pride in this city, and this exhibit does a nice job of covering that scope,” said Josh Depenbrok, MAM public relations manager.

A carefully curated homage to Brew City’s rich history and unique character, “Portrait of Milwaukee” holds plenty of interest and appeal for tourists and city residents of varying ages. 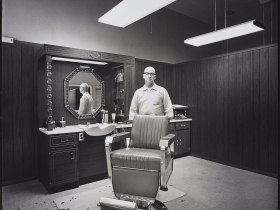 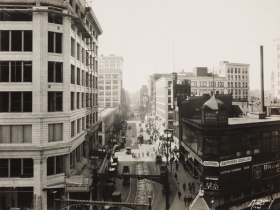 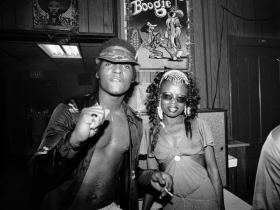 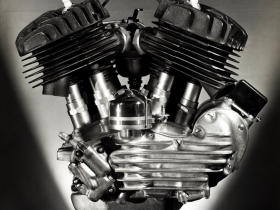 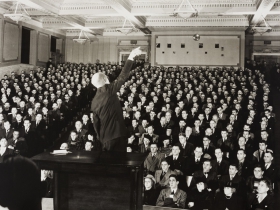 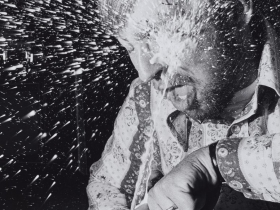 One thought on “Visual Art: A Time Capsule of Milwaukee”