By Hope Kirwan, Wisconsin Public Radio - Oct 14th, 2019 10:25 am
Get a daily rundown of the top stories on Urban Milwaukee 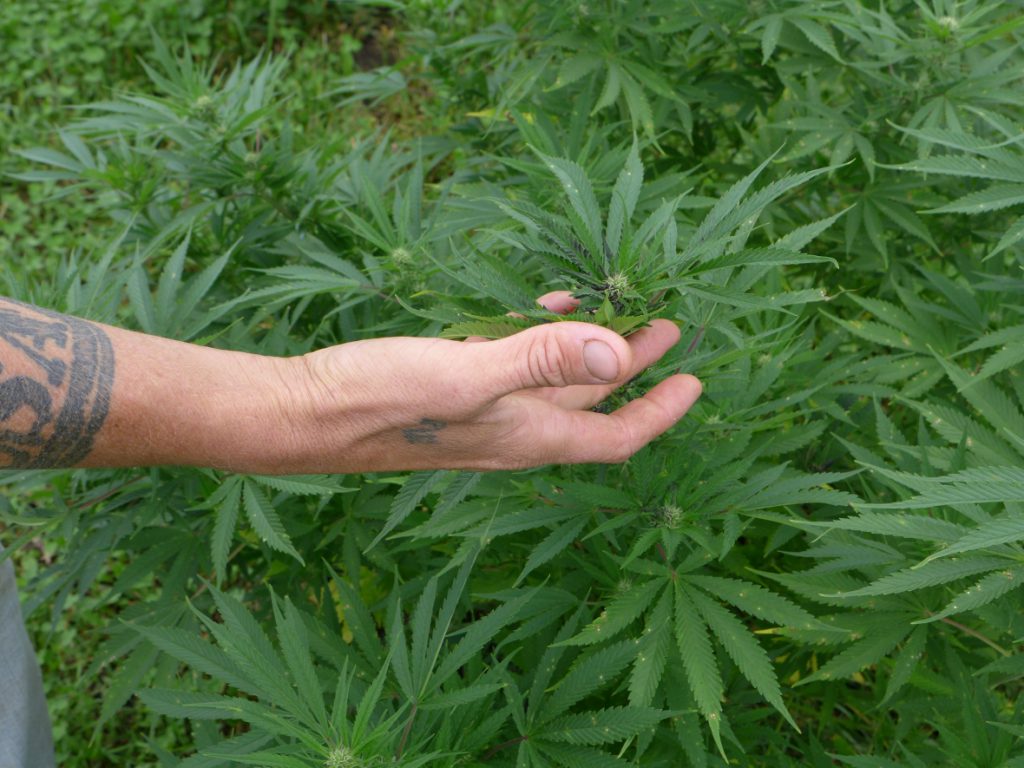 FL Morris inspects an industrial hemp plant grown for CBD on her farm in Monroe. Photo by Hope Kirwan/WPR.

Under the state’s industrial hemp research pilot program, growers are required to notify the state Department of Agriculture, Trade and Consumer Protection that they intend to harvest in 30 days. Growers then pay for the state to test their crop for THC, the psychoactive component of marijuana.

FL Morris is president of South Central Wisconsin Hemp, a farmer cooperative growing organic hemp for CBD. She said seven farmers in her cooperative are growing hemp this year and all of them submitted their 30-day harvest notification within a week of each other.

“The discrepancies of when we were actually sampled are huge,” Morris said. “We had one grower that actually gave her 30-day harvest notification one day before another grower, but she was tested 27 days after that other grower.”

As an industrial hemp plant ages, the level of THC continues to rise. Morris said DATCP’s delay in testing could be why one of the growers in her cooperative had a crop test too high for THC. She said state ag officials tested the crop one day after the grower’s target harvest date.

“We weren’t able to get to all growers within the time frame that we were hoping,” Kuhn saim. “We certainly got to most of them, but there were definitely some in that crunch time when we weren’t there within two weeks in advance of their harvest date and certainly probably a handful that we may have gotten there beyond their planned harvest date.”

But Kuhn said the 30-day harvest notice is an estimate by growers, many of whom are growing hemp for the first time this year. He said DATCP hired 10 staff members specifically for testing this year after the state saw a 10-fold increase in the number of growers approved under the pilot program. Kuhn said 10 additional staff members were pulled in to help with testing and the agency has collected over 2,100 samples so far this year.

If a hemp crop has higher than 0.3 percent THC, referred to as “hot,” Kuhn said the plant is legally considered marijuana and is required to be destroyed.

He said growers knew the risk associated with growing the crop during its second year of the pilot program. 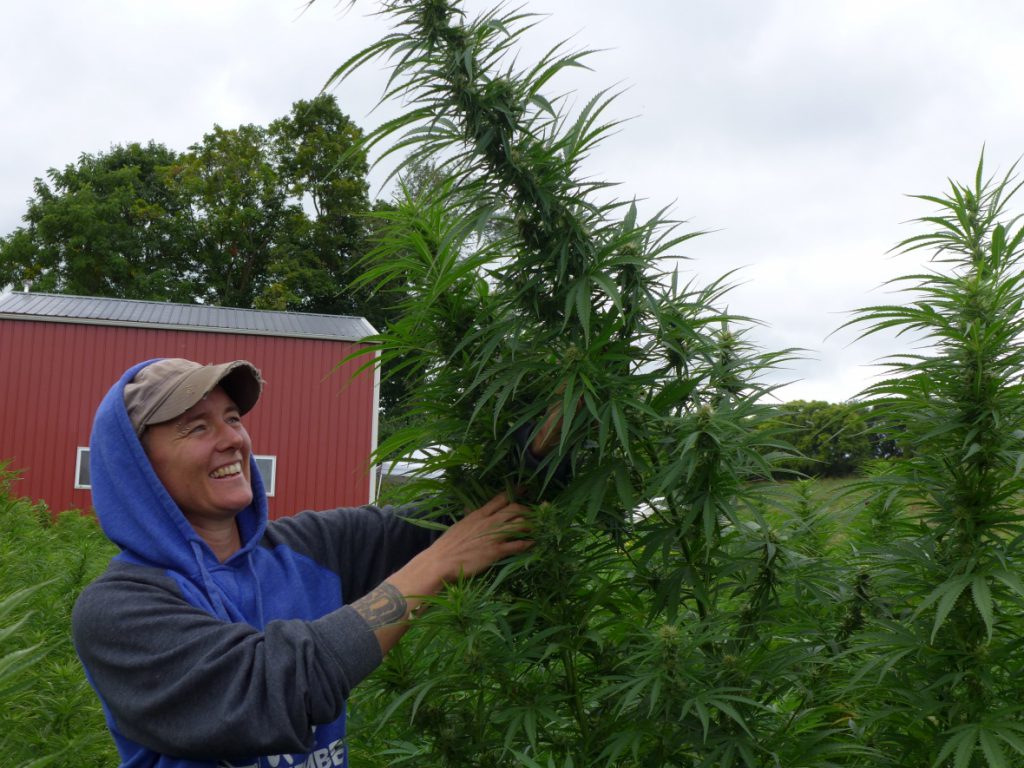 “There absolutely is significant risk here that you could do everything right and still end up with a hot crop at the end of the season. We experienced that in our first year. We knew that we would experience it again this year,” Kuhn said. “We had about a 10 percent hot crop rate in our first season and these numbers aren’t dramatically different than what other states are seeing.”

But Morris said DATCP could do something to help growers who fall over that threshold. Especially those who have already invested the time and labor to harvest their crop, often by hand.

“Put an emergency rule in effect right now to allow people to process out the THC from any crop that is one percent or lower,” Morris said. “There’s a way to mitigate the issue of a slightly elevated THC level through processing and whatever that would look like for a grower, they would do that because we stand to lose thousands.”

She said farmers have undertaken all of the financial risk in building the state’s hemp industry and state regulations penalize them for a process that is largely out of their control.

But Kuhn said growers can’t take their crop to a processor without a “fit for commerce” certificate, something the agency can’t issue unless the plant has less than 0.3 percent THC.

“If we start moving that standard up to 1 percent for example, we wouldn’t as a state be in compliance with federal regulations and so we’d be potentially risking our state regulatory oversight of the program. And it wouldn’t be consistent with the other states and the markets that ultimately our hemp is going to be moving into,” Kuhn said.

He said the agency hopes to build in solutions for farmers in the next emergency rule developed by the department, as Wisconsin lawmakers consider a new hemp bill that would bring the state into compliance with the 2018 Farm Bill.

But Morris said nothing is being done to help the growers who are forced to destroy their crop this season.

“You think of all of the attention and news that farmer suicide is getting, all I can think of is yeah, I’m advocating for people’s pocketbooks right now, but I also feel like … I’m trying to prevent a suicide here,” Morris said. “Because imagine having 40 acres, imagine having a half of a million dollars of your family’s savings invested in a crop that’s supposed to save your family farm. But because of a completely arbitrary hundredth of a percent, you have to destroy your crop.”

She said DATCP needs to take action now before more farmers are forced out of the hemp industry.