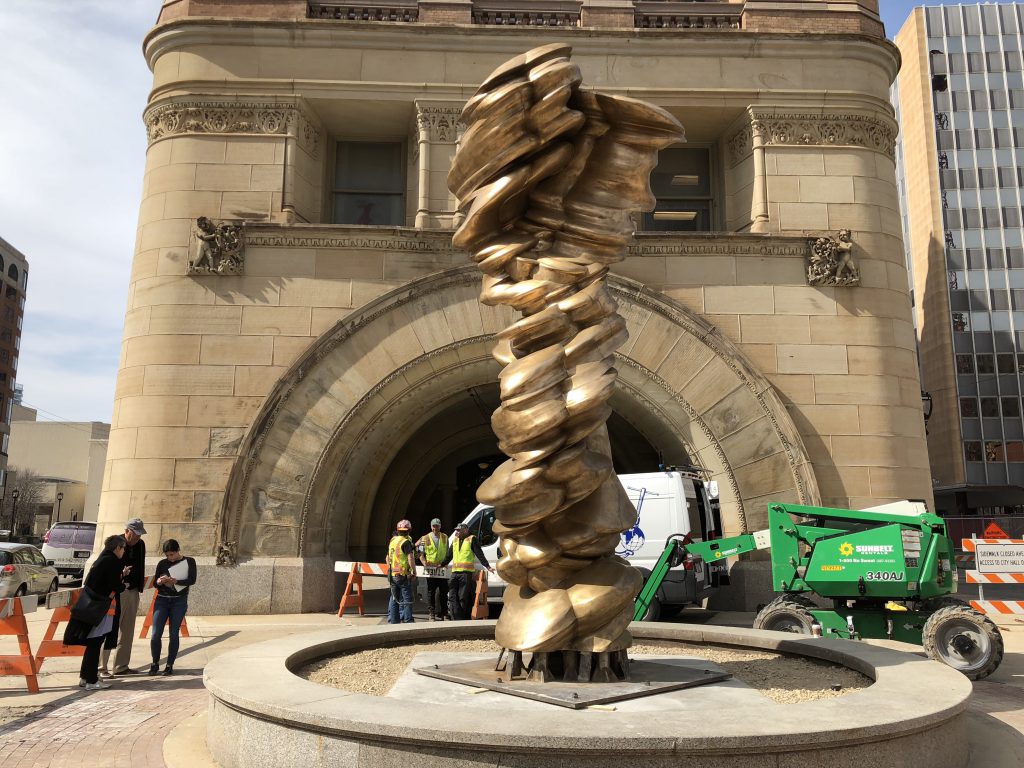 In April 2018, the donor purchased artist Tony Cragg‘s “Mixed Feelings” sculpture and paid for its installation in front of the porte-cochere at City Hall near the intersection of N. Water St. and E. Wells St.

Now the donor has contributed $75,000 to support the maintenance of the 18-foot-tall piece. The funds are expected to cover five to seven years of maintenance according to the Department of Public Works.

The piece, completed in 2010, spent the summer of 2017 at the corner of N. Jackson St. and E. Wisconsin Ave. outside the federal courthouse. It was on loan to Sculpture Milwaukee from the Marian Goodman Gallery in New York City.

The piece features two intertwining towers. As the viewer circles the piece, human profiles can be spotted in the sculpture.

Cragg is a British artist best known for abstract forms in varying materials. According to a release, one-person shows of his work have been held at the world’s top museums, including the Scottish National Gallery, Edinburgh; Tate Gallery, Liverpool; the Museo Nacional Centro de Arte, Reina Sofia, Madrid, Spain; the Stedelijk van Abbemuseum, Eindhoven, The Netherlands; and Tate Gallery, London.

The installation was completed by Chicago-based firm Methods & Materials and the city’s DPW. All costs of the installation were paid for by the donor through the Greater Milwaukee Foundation.

Cragg has created a number of similar pieces, which have fetched between $250,000 to $500,000 according to the Christie’s website. 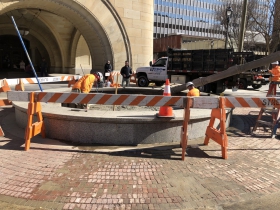 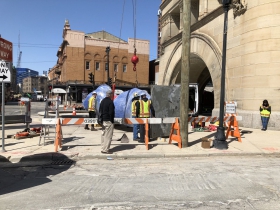 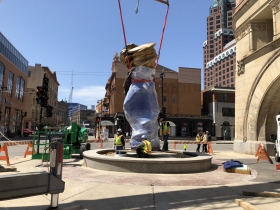 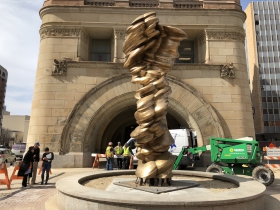 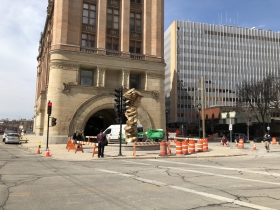 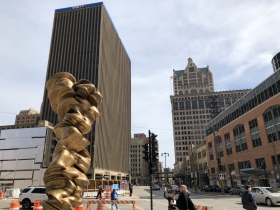