Music of Tribulation and Salvation

Emerging ensemble APERI ANIMAM dedicates concert to "those who have suffered from persecution and intolerance." 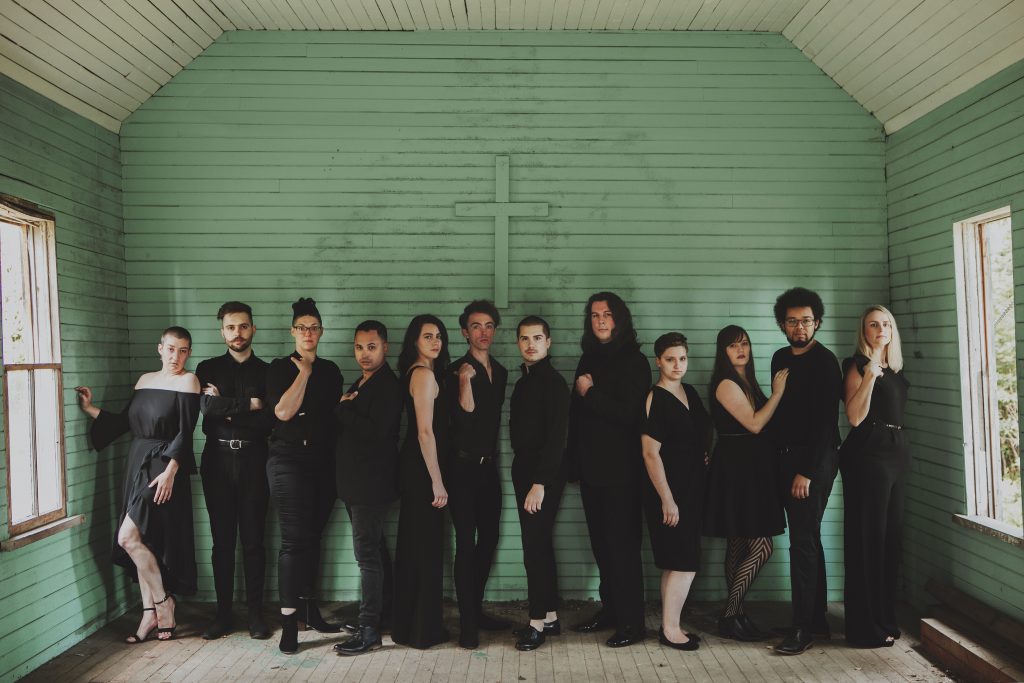 APERI ANIMAM, an emerging professional a capella ensemble in residence at the Cathedral of Saint John the Evangelist will offer a free concert early this Friday evening at Grace Lutheran Church. The concert, Libera nos: Music on tribulation & salvation, introduces sacred music written for English Catholics in Elizabethan England at a time that Catholics were forbidden by the Church of England from practicing their faith.

The music reflects styles of the English Renaissance music featuring exquisite polyphony for four to eight voices. Some royal and church sources worked to set composition standards in more conservative directions. But Thomas Tallis, William Byrd, and some others were able to navigate the strong political winds that dictated theological and musical forms. Queen Elizabeth the First‘s reign was more tolerant, as the Queen herself recognized the quality of composers such as Tallis and Byrd who continued quietly to practice their Catholic faith while writing music for the Church of England as well.

The texts and mode of those compositions written for Catholic adherents draw inspiration from scriptural texts on the fall of Jerusalem and the Babylonian captivity, comparing the current status of English Catholics to the exiled Israelites. Biblical texts include five songs of lament by Jeremiah which been set to text by many composers.

How lonely sits the city that was full of people! How like a widow has she become, she that was great among the nations! She that was a princess among the cities has become a vassal.
She weeps bitterly in the night, tears on her cheeks; among all her lovers she has none to comfort her; all her friends have dealt treacherously with her, they have become her enemies.

The musical laments retain a level of beauty drawn from the existential sadness being expressed. Several selections by the group can be found online.

APERI ANIMAM has dedicated this concert to “all of those who have suffered from persecution and intolerance. It evokes the transition from suffering to deliverance, both physically and spiritually, and compels us to reflect upon our faults and wrongdoings and turn toward betterment and righteousness.”

This program is dedicated to the Jewish, Muslim, and Christian peoples across the world who have been massacred in mass shootings, in Pittsburgh, Pennsylvania last October; Christchurch, New Zealand in March; and Sri Lanka in April.

Many of the twelve singers of APERI ANIMAM, led by Artistic Director, Daniel Robert Koplitz, are advanced students or recent graduates of the University of Wisconsin-Milwaukee and other music programs seeking an outlet for their love of early music. The group has aspirations to build a role in the national early music scene. Last spring, they were selected as one of four ensembles and soloists to perform on Early Music America’s Emerging Artists Showcase.

Early Music Now, Milwaukee’s premier sponsor of early music in serves as a broker to bring in the best of performers from around the world to Milwaukee. Charles Grosz, artistic & executive director of Early Music Now observes:

“Over the past two years, I have watched APERI ANIMAM grow from an advanced student group into a professional ensemble, which this past season has performed at several of Early Music Now’s events. APERI ANIMAM is a promising and creative ensemble and a wonderful asset to Milwaukee’s early music scene.”

The concert is a part of series First Fridays featuring local classical ensembles each month. The one-hour concert begins at 5:00 p.m. on Friday, October 4. Grace Lutheran Church is located at 1209 N. Broadway in downtown Milwaukee. All concerts in the series are free.

APERI ANIMAM will next collaborate with the Milwaukee Opera Theatre, and Cadance Collective to create UTTERANCE – Ancient Prophecies/ Modern Revelations, a newly devised work of music theater which interweaves 16th-century compositions by Orlande de Lassus with original works by contemporary composer Amanda Schoofs. That event will be offered October 29, 30 and 31 at Calvary Presbyterian Church.