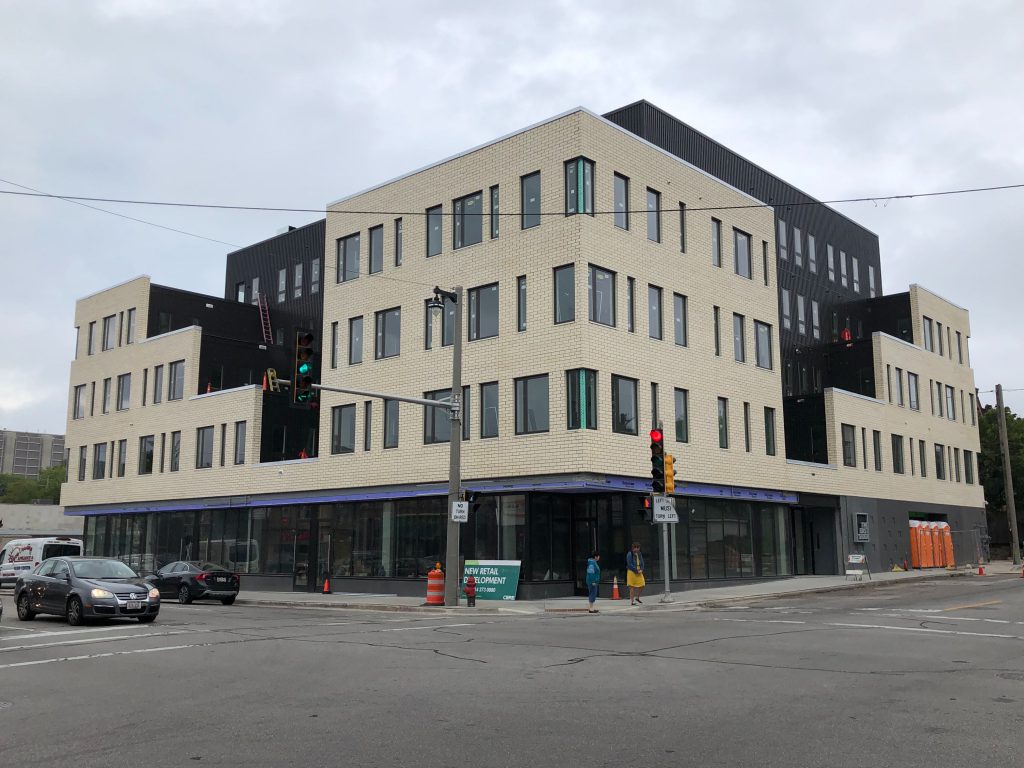 The East Side. Photo by Jeramey Jannene.

Work is nearly complete on the five-story, 55-unit apartment building being built at 2900 N. Oakland Ave.

The East Sider, as the apartments will be known, sports a cream-colored brick facade with LEGO-like setbacks adding depth to the building. East side bar flys might do a double take when they see the sign on E. Locust St., confusing it for the bar of the same name that closed in late 2017, but the undergraduate and graduate students residing in the new building aren’t likely to suffer that same problem.

A leasing website offers apartments from $1,195 to $2,295 per month with units ranging from studios to two-bedroom, two-bathroom units. The first-floor of the new building will include 10,000 square feet of commercial space. Tenant amenities include a clubroom with rooftop deck, quartz countertops, in-unit washer and dryer, hard surface floors and stainless steel appliances.

The project was originally scheduled to open in August, but didn’t make that date, nor the start of the school year. A letter from Peridot in the city’s online permitting system hints at why. “Due to destruction of power lines and infrastructure around the state, from several summer storms, We Energies was not able to main their initial schedule for permanent power at the site,” said a Peridot project manager. Permanent power wasn’t installed until August 30th, with an elevator slated to ready on October 23rd.

The leasing website promotes a September opening, which appears to cover floors two and three only based on a temporary occupancy permit application. City records indicate that permit has not yet been issued. 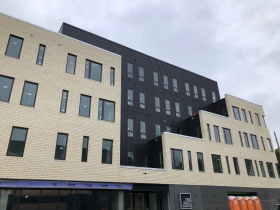 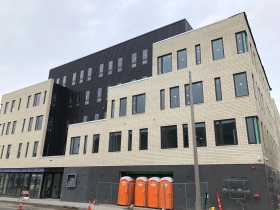 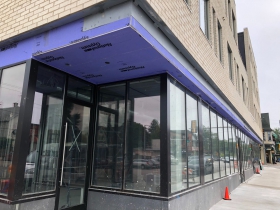 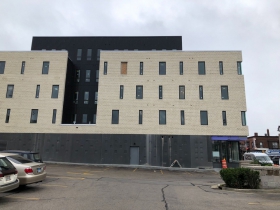 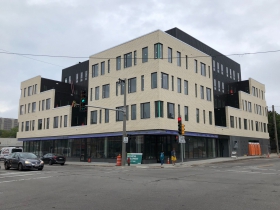