Thousands of young people marched across the US demanding action to fight climate-change, will leaders listen? 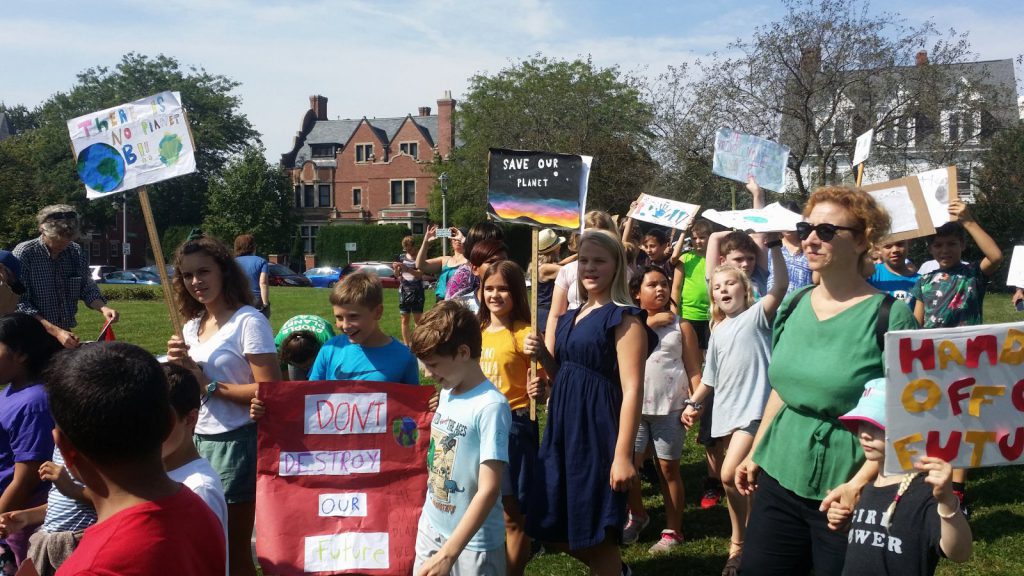 School group at the Climate Strike. Photo by Jack Fennimore.

Thousands marched across Wisconsin, including in Appleton, Eau Claire, Green Bay, Madison and Milwaukee. One does not have to agree with all of their rhetoric or solutions to admire their heartfelt courage and passion. They are the future, and deserve one. Wisconsin Democratic Senator Tammy Baldwin gets it, tweeting: “The Climate Crisis is a real and immediate threat to public health, national security, our economy and the environment”. Likewise, Wisconsin Democratic Governor Tony Evers is leading: joining a group of governors who support the Paris climate agreement, which limits dangerous greenhouse gases, and Evers is calling for eventual elimination of carbon-based energy.

However, Wisconsin GOP Senator Ron Johnson continues to minimize or ridicule climate change. And, Trump is worse: calling climate change a “hoax”, saying “I (Trump) don’t see it” and gutting the Nixon-created Environmental Protection Agency and cutting back environmental regulations, while giving a green light to the fossil fuel industry. Now, Trump’s cronies have undermined and politicized the National Weather Service (Wisconsin farmers depend on the accuracy and reliability of weather forecasts). And, Trump pretends to have sympathy for the struggling coal industry and hard-working coal miners. But coal can no longer compete with cheaper and cleaner natural gas, solar or wind energy. Moreover, it’s long past time for Trump to support the American Miners Act which would fund troubled pension and health plans for miners.

WICEF supports clean renewable wind energy (Wisconsin gets only 9 percent of its electricity from all renewable energy). Some GOP-led states strongly support wind energy, including Iowa, Kansas (in 2018 a Democratic governor won), Oklahoma, North Dakota and South Dakota. “Studies suggest that Kansas alone could, in theory, supply a majority of the nation’s electricity using wind turbines …” (New York Times). Time for Wisconsin to end its reliance on coal, 49 percent of the state’s electricity generation.

We are Wisconsin, Democrats, independents and Republicans. Together we must listen to young people and save the planet from man-made disasters.