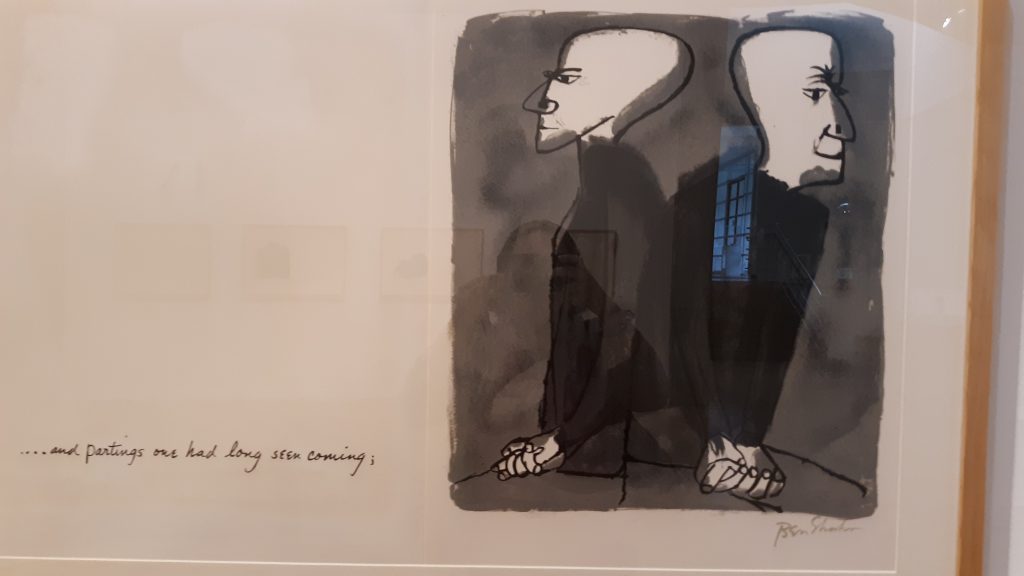 Ben Shahn: For the Sake of a Single Verse and The Ariel Poems will be on display at the museum through December 15. A third exhibit, Word and Image, on display through December 2, features a variety of prints in the Museum’s collection by mid-century American artists such as Andy Warhol, Jasper Johns, Corita Kent and Glen Ligon, all of whom found artistic inspiration through literature.

For the Sake of a Single Verse is a collection of 24 lithographs, created by Jewish New York artist and social activist Ben Shahn, inspired by a passage from German writer Rainer Maria Rilke’s 1910 novel The Notebooks of Malte Laurids Brigge.

Born in Lithuania in 1898, Shahn moved to New York with his family, victims of religious persecution by the Soviets, at an early age. In the early 1930s, Shahn became known for his paintings depicting the infamous 1927 Sacco and Vanzetti trial. According to Ionit Behar’s essay “Emotional Images: Ben Shahn’s For the Sake of a Single Verse,” these works, as well as prints, paintings and murals the artist created to illustrate the socioeconomic conditions caused by the Great Depression, “positioned Shahn as the leading American social realist of the 1930s.”

Set in the early twentieth century, Rilke’s novel follows the adventures of an impoverished Danish student living in Paris. In the late 1920s, Shahn traveled to Paris and read Rilke’s novel, which deeply resonated with him, and would for the rest of his life.

One passage in particular struck the artist and printmaker, and, more than 40 years later, Shahn would commemorate Rilke’s words with his signature illustrative style. In his From the Sake of a Single Verse portfolio, Shahn wrote: “Here was a writer about the processes of art who was not telling me what to do, what to think, how to paint. No, he was too engrossed in his own discoveries. He was sharing with me the doubts and hesitations of art, the probings, the slow emergence of forms. His every line of writing was art, and yet such art was inseparable from its life content.”

Each framed lithograph features a line of text and a corresponding illustration. The gallery’s walls are neatly lined with Shahn’s quietly expressive illustrations, which complement Rilke’s powerful and eloquent literary imagery well. Rilke and Shahn explore themes of finding harmony in nature, with a text like “one must know the animals” accompanied by a gray horse-like creature standing in tall grass, and such themes as lost love and friendship, and the gamut of human emotions, ranging from loneliness to exhilaration.

For the Sake also includes a video of a 2001 PBS documentary focusing on Shahn’s life and career. The artist died in 1969 at the age of 70.

The Ariel Poems exhibit displays a series of chapbooks, or small booklets, published by British publisher Faber and Faber between 1927 and 1954, that belong to the Marquette University’s Raynor Memorial Libraries Special Collections and University Archives. The chapbooks showcase the illustrated works of celebrated 20th century poets, including T.S. Eliot and Thomas Hardy, who worked closely with skilled artists like Edward Ardizzone.

Several poems, such as Hardy’s “Yuletide in a Younger World” (1927) and C. Day Lewis’s “Christmas Eve” (1954) remember holidays of yesteryear, while Wilfred Gibson, Vita Sackville-West and Harold Monro exalt nature with their poems “The Early Whistler” (1927, illustrated by John Nash) “Invitation to Cast Out Care” (1931, illustrated by Graham Sutherland) and “Elm Angel” (1930, illustrated by Eric Ravilious). Mythology also features prominently in the exhibit’s poetry and illustrations, such as Ravilious’s striking, dreamlike woodcuts and Edwin Muir’s “Prometheus” (1954, illustrated by John Piper.)

Audio recordings of several poems read by Marquette students add a melodic element to the exhibit. 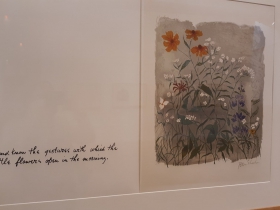 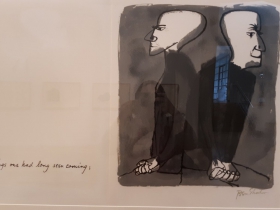 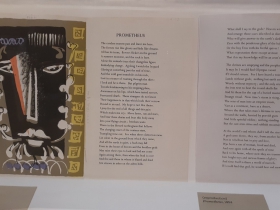 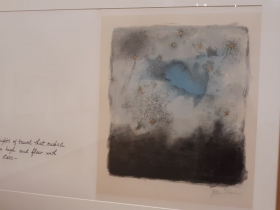