The “Fitz” Train Is Rolling

By Melanie Conklin, Wisconsin Examiner - Sep 19th, 2019 11:56 am
Get a daily rundown of the top stories on Urban Milwaukee 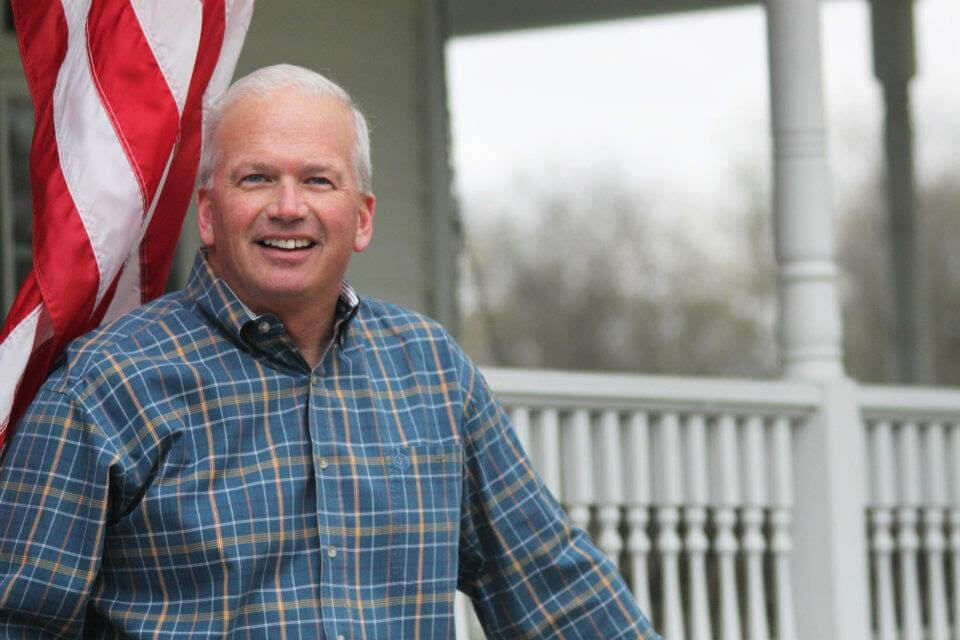 In his campaign kickoff at the Oconomowoc Community Center on Tuesday, Senate Majority Leader Scott Fitzgerald made official his expected run for Wisconsin’s 5th Congressional District to replace retiring 42-year-veteran Congressman Jim Sensenbrenner. He also made it simple to discern his core campaign messages: He is a big fan of Donald Trump. He’s a conservative. And he’s for the “working-class people.”

It’s not likely anyone will argue with his first point. Fitzgerald was an early backer of Trump in Wisconsin as other Republicans were waivering during the 2016 presidential election and Texas Sen. Ted Cruz won the state’s primary. 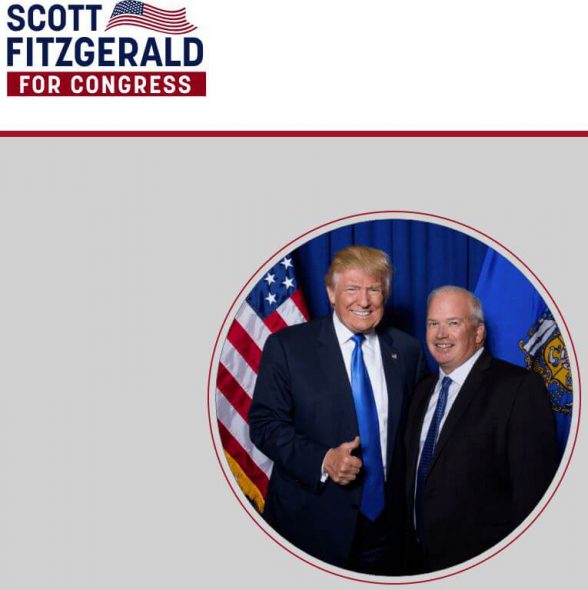 Landing page of state Sen. Scott Fitzgerald’s webpage for his run for Congress.

He coined what became a rallying cry “We’re on the Trump train now.” Most of the real estate on his campaign website is covered with a big photo of Fitz, as he’s usually called, and Trump giving a thumbs up. Trump, of course, was the first Republican to win Wisconsin in a presidential race in 32 years, although he notably underperformed in WOW counties—Waukesha, Ozaukee and Washington–which make up the vast majority of the 5th congressional district.

In announcing, Fitzgerald defended controversial Trump actions including taking $8 million from Wisconsin’s Truax Field to build a border wall and Trump’s trade policies even when asked about Wisconsin’s struggling dairy industry and manufacturers.

“You’ve got to be on the offense. I think that’s where the president’s at,” Fitzgerald said. “He’s continually trying to push that envelope and ultimately it’s going to pay off for us. It might be a little frustrating, but for the most part when I talk with people in the agriculture community they tell me they support what the president’s up to.”

On conservative bonafides, here is what Fitzgerald lists–in his words–on his campaign site for one of the most Republican congressional districts in the country:

The real battle, not just in Sensenbrenner’s congressional area but all across the state for the 2020 presidential race, is on the claim to best represent “working-class people.”

Fitzgerald’s take has set the agenda–as Senate majority leader–for the Republican legislative vision, including the period of Act 10 and right-to-work legislation he cites in his campaign as accomplishments.

Making the gutting of workers’ rights a main point of outreach to working-class people is an interesting gamble.

He’s also showcasing his anti-abortion and anti-Planned Parenthood stances. These messages contrast with what legislative Democrats cite when they talk about being on the side of the working class, by championing healthcare for all and increasing public-school funding.

Both parties and politicians of all stripes say they represent the values and priorities of working people. However, here’s something Fitzgerald clearly knows is one thing that most all Wisconsinites, liberal, conservative, right-wing, left-wing, Dem, GOP or independent agree on that he uses to end his press release:

“He is…an avid fan of the Packers, Badgers, Brewers and Bucks.”