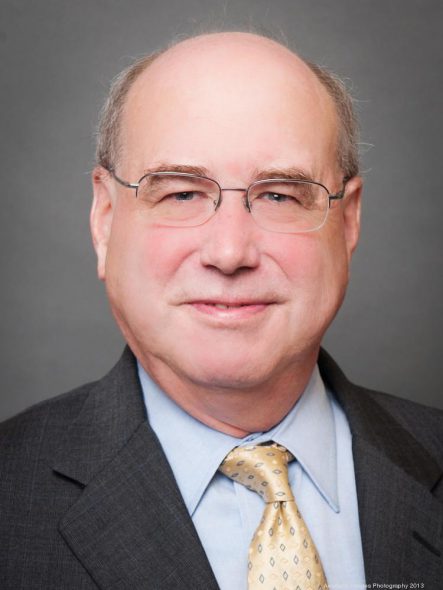 The Trump administration has proposed a plan to slash food benefits for many Americans who now get Supplemental Nutrition Assistance Program, or SNAP, benefits. An estimated 18 percent of recipients or 3.6 million people could lose the food assistance, including as many as 63,000 in Wisconsin.

The Trump administration says this will close a “loophole” that allows too many people to get the aid. “But proponents of the current system say it helps low-income families who work but have huge child care, housing and other expenses that leave them with insufficient money to buy food,” as NPR has reported.

Where did the idea for this change come from? A bland sounding group called the Foundation for Government Accountability has been instrumental in pushing the idea, as the Pulitzer Prize-winning independent investigative journalism organization, the Center for Public Integrity, has uncovered:

“In December, the Foundation for Government Accountability hosted public officials from across the country in Orlando. The scene: Walt Disney World’s Swan and Dolphin Resort, an ocean-themed oasis with palatial fountains next to a lake lined with palm trees.

“The FGA, a right-leaning think tank based in Naples, Florida, paid travel and lodging expenses for many of the conservative leaders in attendance, including Kentucky Gov. Matt Bevin and three White House aides.

“Guests heard presentations such as “Stop the Scam: The Reality of Food Stamp Fraud.” Between sessions, the foundation treated attendees to catered desserts and a fireworks display from a terrace featuring a faux Eiffel Tower overlooking the Epcot World Showcase Lagoon…

“The FGA aimed to send decision-makers back to their respective states, or the nation’s capital, with fresh zeal to restrict access to public assistance programs designed for low-income people… The association even provided road maps for achieving this goal in the form of model legislation — suggested wording for laws and regulations that could serve as a template for like-minded policymakers…”

“Since its founding in 2011, the FGA has attracted a pool of benefactors — mostly wealthy people whose identities are kept secret and conservative foundations. In 2017, the most recent year for which tax records are available, its budget exceeded $5.9 million. It typically spends its money on well-connected lobbyists, research of dubious quality, prewritten legislation, and trips to Florida for public officials who oversee government assistance programs for some of the nation’s most vulnerable people.”

So that’s how these kinds of ideas are sold. But where exactly does the FGA get its money? That part of the story has been uncovered by the investigative publication called Sludge, whose motto is “Relentlessly uncovering corruption” and whose funding comes from readers and members.

The story notes that the Milwaukee-based Lynde and Harry Bradley Foundation “has donated nearly $2.3 million to FGA since 2013, according to its annual reports.” But the donations started rather small, with a $25,000 grant in 2013 for FGA’s general operations. “Then, in 2014, the Bradley Foundation donated $200,000 for ‘public education about Medicaid.’ The following year, it upped its annual contribution to $350,000, and in 2016 it funded FGA’s ‘welfare and work’ project. In 2017, it began funding FGA’s Restore the Working Class initiative, ‘a project which created a set of 21 model reforms for states to reduce the welfare state and restore the working class.’ Last year, the foundation increased its donation to $500,000, which financed ‘reducing the welfare state and restoring the working class,’ as did another half million dollars in 2019.”

Foundations connected to Charles Koch gave even more, Sludge found: “dark money groups that Koch heavily funds via his foundations are FGA’s biggest benefactors. Donors Trust, a nonprofit popular with far-right millionaire and billionaire donors, gave over $2.8 million to FGA from 2015 to 2017. Its affiliate, Donors Capital Fund, gave FGA more than $2.3 million from 2015 to 2016.”

But the connections go beyond money, Sludge found. “Several FGA executives and board members are closely linked to a host of conservative nonprofit political networks and think tanks that are also funded by the Koch and Bradley family foundations.”

For instance, Tarren Bragden, CEO of FGA, previously worked with a group that was part of a network of conservative groups funded by the Bradley and Koch foundations. And Kristina Rasmussen, the top lobbyist at FGA’s Opportunity Solutions Project, was previously executive vice president of a group funded by Bradley and Koch money. FGA board member Robert Levy is chairman of the Cato Institute, a libertarian think tank co-founded by Koch and funded for decades by the Bradley Foundation. And Bridgett Wagner, another FGA board member, is vice president of policy promotion at the conservative Heritage Foundation, which has long gotten Bradley and Koch funding.

While the Bradley Foundation has always promoted conservative think tanks and policy making, it has become more overtly political in recent years. Records hacked from the foundation in 2017 showed that foundation “has funded training schools for Republicans, has engaged in efforts to turn Democratic-leaning blue states into Republican-leaning red states, and funded many things that seem like purely partisan projects,” as I wrote back then. This funding raised questions as to whether a 501(c)3 group like Bradley is violating the federal law restricting a tax-exempt charity from engaging in activities to benefit a political party.

I did detailed reporting on the Bradley Foundation going back to the 1980s and it was a less obviously partisan under its longtime president, the late Michael Joyce, who built the foundation into the nation’s largest funder of conservative policy making. That began to change under his successor Michael Grebe and may have accelerated under its current president Rick Graber, who took over in mid-2016.

Graber told the Journal Sentinel that he also would like to see the Bradley Foundation collaborate more with other grant-making organizations. “Not to say that we weren’t collaborative in the past,” he said. “I think we’ll consciously try to do more of that.”

Certainly, the foundation is doing that in the case of the Foundation for Government Accountability, which is getting millions from both Bradley and Koch-connected groups. Moreover, the grants from Bradley increased since Graber took over.

Another factor in the Bradley’s leadership has been the ascent of North Carolina businessman James Arthur Pope, who became the foundation’s board chair in mid-2017.

“Pope grew up in a very wealthy family that owned a retail chain now called Variety Wholesalers,” as I’ve previously written. The company targets lower-income minority neighborhoods for locating its stores, and “many workers at the stores are paid less than a living wage with few benefits and wind up relying on public assistance to support their families,” the group Democracy North Carolina has charged. “Rather than creating good jobs, Pope’s business is heavily subsidized by government funds and traps its workers in near-poverty conditions.”

With the profits from these stores, Pope has spent heavily to oppose a higher minimum wage, which would require him to pay his workers more, and on policies to suppress the black vote, oppose affirmative action and slash spending on schools.

There is a mean-spirited style to Pope’s politics that contrasts greatly to Michael Joyce’s more philosophical conservativism. And Pope has long had a tight connection to Koch-funded groups. “Tax records show that Pope has given money to at least twenty-seven groups supported by the Kochs,” as author and New Yorker writer Jane Mayer has reported.

Together the Bradley and Koch foundations have helped the Foundation for Government Accountability become a big player in national and state policy making. “The FGA’s influence appears to be growing” Vox reports. “The FGA and the Opportunity Solutions Project hired lobbyists in 13 states in 2017, according to data gathered by the National Institute on Money in Politics. Among them: Florida, Kentucky, and Wisconsin.”

And all made possible by funding from groups like the Bradley Foundation.