What exactly does Choose Life Wisconsin do with the money it gets? 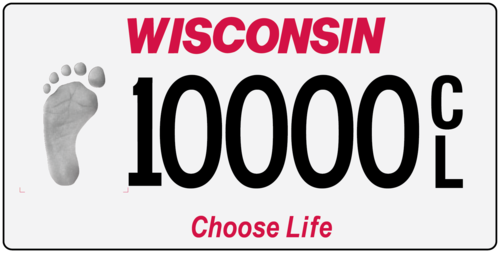 Yesterday we learned that Sen. Kathy Bernier (R-Chippewa Falls) and Rep. Romaine Quinn (R-Cameron) want taxpayers to give a group called Choose Life Wisconsin a no-bid grant of $500,000, as a story by the Wisconsin Examiner reported.

Choose Life, in turn, would award grants up to $25,000 to “pregnancy resource centers.” The story quoted Rep. Lisa Subeck (D-Madison), who objects to the funding, arguing that these clinics are “deceptive”, do not provide “factually accurate medical information” and “use misleading information to steer pregnant women away from having an abortion.”

But there may be another issue here of concern to all taxpayers, regardless of their views on abortion: how do we know how Choose Life will spend this money? And if the goal is to provide $25,000 to pregnancy centers, why isn’t the state doing the funding directly to make sure the taxpayers’ interests are being protected?

The question arises because Choose Life Wisconsin already gets money through the intercession of the state. Since December 2016 the state Division of Motor Vehicles has allowed drivers to pay extra for customized “Choose Life” license plates, with the image of a baby’s footprint on each plate, and the extra money is then funneled to Choose Life Wisconsin. License plate purchasers are told they can get a tax exemption on their purchase, since Choose Life Wisconsin is an independently registered not-for-profit organization, as the group calls itself.

In fact, the murky group doesn’t seem very independent and doesn’t seem eager to provide its annual federal tax form, which is required of all non-profits. The group is run by executives with anti-abortion lobbying groups. Its president is Julaine Appling, president of Wisconsin Family Action, and its vice-president is Dan Miller, state director of Pro-Life Wisconsin.

By law, all non-profits must provide the most recent copy of their federal 990 annual tax form to anyone who asks for it. Many non-profits provide a link to their 990 and/or most recent annual audited statement on their website. Not Choose Life Wisconsin.

When I called the phone number listed for Choose Life Wisconsin and told the friendly operator who answered that I was looking for the federal 990 for the group, she told me that Julaine Appling handles this, but was busy with a conference call and would have to get back to me. She didn’t.

I have since left messages for Appling and Dan Miller, and have yet to hear back.

The website guidestar.com publishes all federal 990 forms of non-profits, but shows none for Choose Life Wisconsin. The group appears to be affiliated with a national group, Choose Life America, which has pushed states across America to set up customized “Choose Life” license plates, and says it has raised $27 million as of May 2019 through these plates.

Guidestar shows only one annual tax form for Choose Life America, for the year 2010, and it consists of a two-page short-form document with almost no information about the group and an annual budget of just $748.

Charity Navigator, which ranks non-profits throughout the nation for donors, giving groups a “Financial Score” and “Accountability and Transparency Score,” offers no ranking of Choose Life America, saying the group “does not provide the needed information to complete a rating.”

Nor does it rank Choose Life Wisconsin, noting the same lack of information.

I emailed the Wisconsin Division of Motor Vehicles asking for basic information on the Choose Life license plate program: how many plates have been purchased to date and how much money went to the group. I haven’t heard back.

The only accounting of this state program I found was at Choose Life Wisconsin, which as of December 2018 said it “has received $28,607 to date from the sale of the plates and since May of this year has awarded over $29,000 in grants to twenty pregnancy care centers across the state. Nearly 1100 plates have been sold.”

How it chooses which groups get the money or how much each group actually got, or if Choose Life Wisconsin has any administrative costs is not revealed.

The issue regarding overlap between this non-profit and the two groups, Wisconsin Family Action and Pro-Life Wisconsin, who seem to run it is that the latter two groups do political advocacy, donating to Republican state officials and spending money on lobbying state officials. That is legal for advocacy groups, but donations to them are not tax-exempt, as they are for a 501(c)3 non-profit like Choose Wisconsin.

The issue of whether Choose Life Wisconsin is a fully accountable non-profit arose back in 2013, when the license plate program was first proposed, as the Madison weekly Isthmus reported. Penny Bernard Schaber, then a Democratic representative from Appleton, “questioned the current tax-exempt status of Choose Life Wisconsin, calling that an ‘important part’ of the license partnership,” the story reported. Schaber asked for a copy of the group’s financial statement and bylaws but never got it.

The proposal to create a state license plate program never passed the Senate, and years later anti-abortion activists came up with a work around. Rather than having the state explicitly create a pro-life license plate, it would allow any non-profit groups to apply for a customized license plate. That bill passed the Legislature in December 2016 and “Choose Life Wisconsin’s specialty license plates were approved by the Division of Motor Vehicles… despite 26 objections to the plates,” as the Wisconsin State Journal reported.

Appling hailed the passage of the law, saying “Wisconsin citizens will soon be able to proclaim their pro-life beliefs on their license plates and by doing so help fund on-the-ground organizations that are on the front lines of the pro-life cause.”

She said the plate has been nearly 10 years in the making. With all that time to work on the idea, you might think they would have gotten around to planning for accountability measures like an annual audit or federal tax form for the group.

Given the lack of accountability for the license plate program, the idea of a direct state grant of $500,000 to Choose Life Wisconsin is questioned by Analiese Eicher, Executive Director, of the liberal group One Wisconsin Now. “This private group can dole out individual grants of up to $25,000 to anything representing itself as a ‘pregnancy resource center,’” she notes.  “There is nothing in this bill that defines what qualifies as a pregnancy resource center and no requirements that they provide medically accurate information, have trained staff, don’t discriminate in providing services or that the facility meets building and safety codes. There is no requirement for any reporting on how the money was used, how many people received services or what those services were. There also does not appear to be any limit on how much of the $500,000 Choose Life can keep for itself.”

Says Rep. Subeck: “Republicans have spent the last 8 years making it harder for women to access reproductive health care, and now they want to funnel taxpayer money to unaccountable and deceptive facilities. Choose life Wisconsin and its affiliated so called pregnancy centers serve as the provider arm of the anti-abortion movement.”

Urban Milwaukee emailed the bill’s sponsors, Sen. Bernier and Rep. Quinn, for comment and did not hear back. If we hear back from them, the DMV, Appling or Miller, we will update the story.

Update 9:25 p.m. September 10: Wisconsin DMV Communications Manager Terry Walsh contacted me to report there have been 1,417 Choose Life license plate applications since its implementation in 2017, raising $61,308 to date. And Diane Westphall, a volunteer with Choose Life Wisconsin, called me to say that the group is not required to file a federal 990 tax form because its total annual revenue is less than $50,000. When asked if the group provides an accounting of how it spends money received from the license plate program she said it does compile this, but “that’s not public information.” When asked why this is not shared with the public Westphal said she would see if she could send that. That information was not included in a follow-up email she sent.