8,000 pounds of overripe produce and a mob of tomato terrorists. What could go wrong? 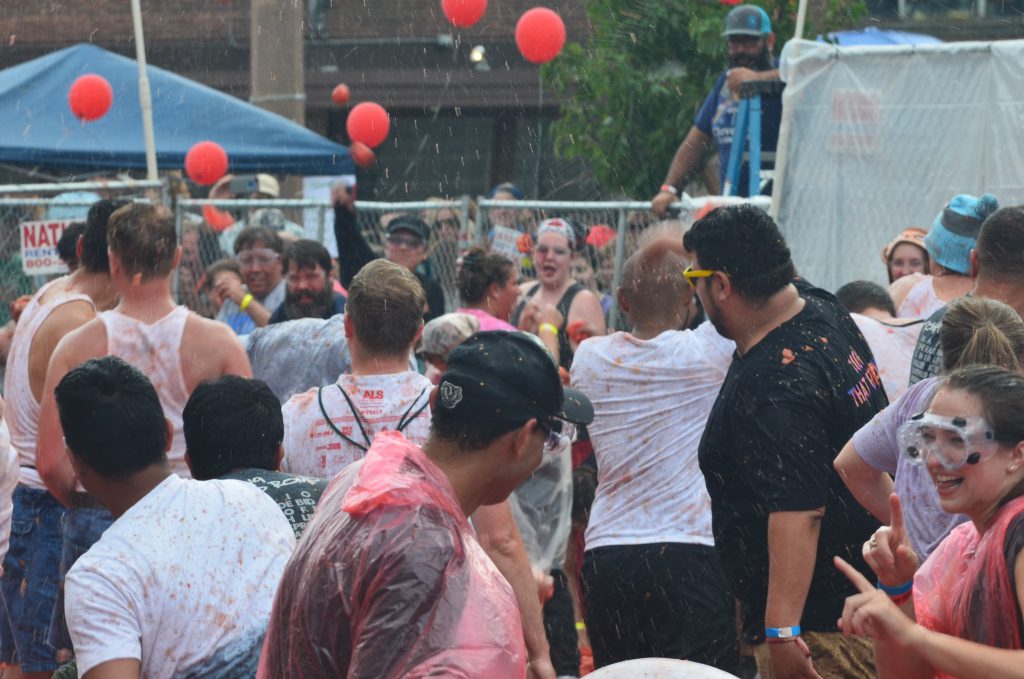 People threw more than 8,000 pounds of overripe or rotten tomatoes at each other at the 13th annual Tomato Romp.

The festival is not just the only one of its kind in Wisconsin, but the first in North America featuring a tomato fight inspired by La Tomatina Fight in Spain, according to The East Side BID’s official website for the event. Proceeds from the sloppy massacre were donated to Riverwest Food Pantry.

New this year, festival goers enjoyed yard games and music from DJ Nikki La Bomba before the tomato fight. Fight participants were then led to the arena on N. Murray Ave. with a parade headed by Paradigm Drum Line. Afterwards, they were led again by the drum line to get hosed off by the Milwaukee Fire Department.

In addition, judges and guests alike got to vote for their favorite Bloody Mary from several bars around the area. People even came dressed up for the costume contest.

See the fun for yourself in our photos. 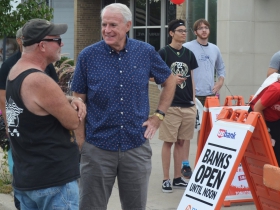 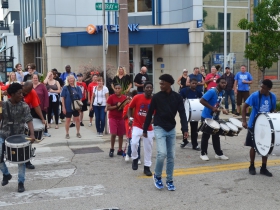 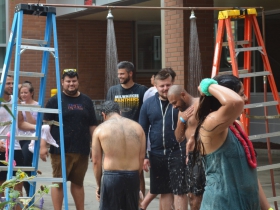 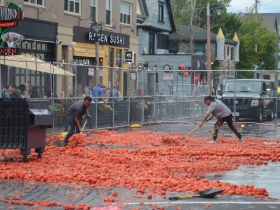 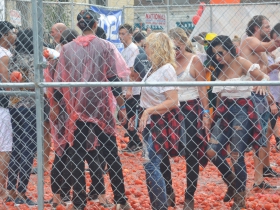 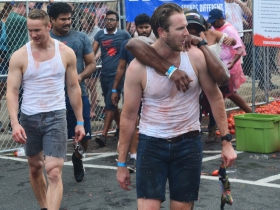