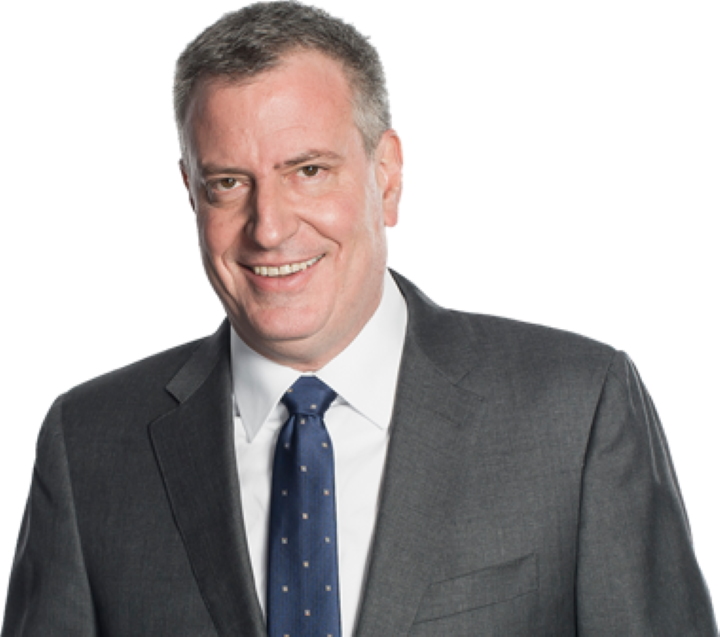 De Blasio shows his “car guy” colors: Mayor Bill de Blasio upset safe streets advocates when he publicly mulled whether to mandate helmets and license requirements for New York City bicyclists. The proposal comes in the midst of a spike in cyclist deaths, and many advocates question the mayor’s commitment to reduce street fatalities. (Dana Rubinsteain and Erin Durkin | Politico)

Why you’d want to live in a “soft city”: A soft city is one that supports relationships between people and the places around them by breaking down traditional silos. The term comes from notion of the “grind” and “harshness” typically applied to urban life. In his new book “Soft City,” David Sim proposes ways to remedy the strict organization of human activity in modern cities. (Eillie Anzilloti | Fast Company)

Where code meets concrete: Cities worldwide are deploying new, networked urban tech, but there is friction between the digital world and the physical infrastructure. This tech must be better tied to the physical environment in which they operate. (Shannon Mattern | Urban Omnibus)

Norway’s $47B coastal highway: Norway’s 1,100-kilometer Highway E39 runs along the west coast, connecting Kristiansand in the south to Trondheim in the north. Currently, it takes 21 hours to drive the highway due to seven ferry crossings which pass cars over Norway’s dramatic fjords. Norway plans to expand the highway and remove the ferries in hopes of reducing travel times. (Brandon Donnelly)

It was always a ‘wouldn’t it be great’ project, but now it’s a ‘look what we’re actually doing’ project. Only now are we beginning to fulfill that promise.

-Sacramento Mayor Darrell Steinberg in Curbed talking about the potential of the 244-acre railyards project just outside of downtown.

This week on the podcast, Camron Gorguinpour, global senior manager for electric vehicles at WRI’s Ross Center for Sustainable Cities, joins us to talk about the potential of electric bus implementation.