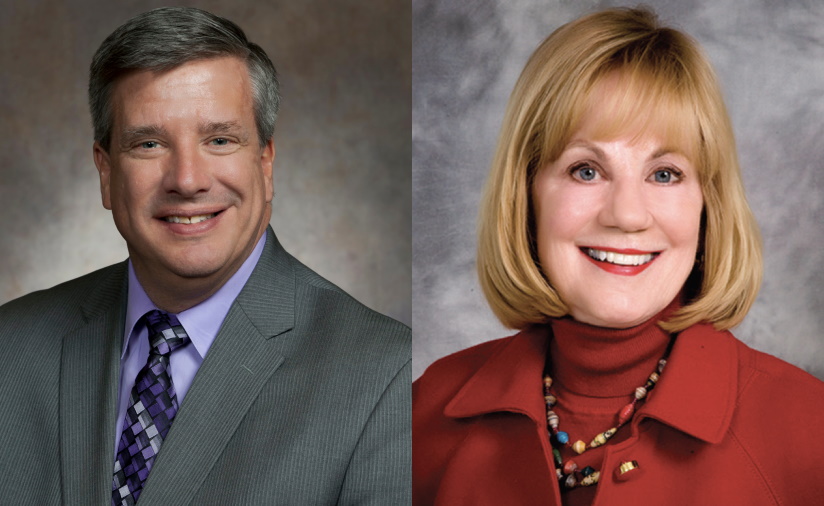 In November 2018 the voters chose to throw Republican Attorney General Brad Schimel out of office and elect Democrat Josh Kaul. But some six months before the election, Republican Assembly Speaker Robin Vos and Senate Majority Leader Scott Fitzgerald began plotting a way to do all they could to nullify the results of that expected Democratic wave by undermining the power of the governor and attorney general.

The result was the “Lame Duck” laws passed last December and signed by defeated Gov. Scott Walker just before leaving office. Fitzgerald and Vos declared the laws reflected the “will of the people,” but in fact they were overwhelmingly opposed by the voters, as the Wisconsin Examiner just reported: a check of open records found that for the entire Legislature there were 47,094 contacts from people opposing the lame duck measures and 756 contacts from people supporting them — a margin of 98 percent opposed to 2 percent in favor.

It has taken more than half a year for these records to be released because Vos and the Republicans wanted to charge 81-year-old citizen activist Sheila Plotkin more than $1,000 to get the records, a demand a court decision ultimately overruled.

The laws represented a radical change in how state government was conducted in Wisconsin. Take the position of Attorney General: throughout the state’s history any legal suits were overseen by the Attorney General with support of the governor. But now Kaul has to get approval of the Legislature.

As a non-partisan Legislative Council memo describing the change noted, “under prior law,” the DOJ made such decisions “with the approval of the governor” but now it required “the approval of a legislative body.” Similarly the law was changed to require legislative approval of how legal settlement funds are handled.

The Republican-controlled Legislature is now using this law to micro-manage Kaul’s legal work. “In multiple letters,” the Legislature’s Joint Finance Committee “asked Kaul’s office to provide more than a dozen specific pieces of information about each case pending approval,” including  “a summary of each case in question, potential defenses, a list of relevant cases and state laws, a range of settlements offered in similar cases and relevant legal briefs,” as Wisconsin Public Radio reported.

The disagreement between the legislators and Kaul goes back to February and in the last month has gotten particularly heated. “Kaul asked lawmakers to sign confidentiality agreements, which he said were required by terms of the settlement before beginning talks,” the story noted. “Correspondence shows lawmakers expressed willingness to sign confidentiality agreements on July 12, but reversed their opinion by Aug. 19, arguing the committee’s closed meeting should be sufficient to meet confidentiality concerns.”

Except that a closed meeting provides no guarantee of confidentiality.

“A Wisconsin court decision indicates that material shared in closed session need not be kept confidential,” the attorney general wrote to legislators in reply.

As Wisconsin Freedom of Information Council President Bill Lueders told the Wisconsin State Journal, there isn’t anything in the state open meetings law that “prohibits someone in attendance from talking about what transpired.”

So the Republicans came up with a new strategy, hiring a private attorney last week who will be paid $290 per hour to help them on the issue. Since the Republicans hold a 12-4 majority on the Joint Finance Committee, they didn’t bother to consult Democrats on the committee, who released a statement saying “they had no knowledge of the hiring until it was made public in press reports,” as WPR reported.

The attorney created a contract agreement with the Republican lawmakers whereby the counsel is “authorized to sign (the non-disclosure agreement) on behalf of the (committee), thereby binding the JFC, its members and agents,” the agreement stated.

Except that none of the Democrats on the committee had signed the agreement. They told the Journal Sentinel they were “baffled by the notion” that a private attorney “they didn’t know” — and had been hired without their consent — “had the power to limit what they could tell the public.”

All this legal wrangling over the last six months has demonstrated the wisdom of the state’s long established way of handling state legal cases and settlements. Micro-management of this process by a large number of legislators is a recipe for disaster.

Kaul’s office “has released months of correspondence indicating at least 15 lawsuits have been stalled by the disagreement,” the WPR story noted. Millions of dollars are at stake for the state, including a case “between the state Department of Employee Trust Funds and a private contractor accused of not completing work that could net the state more than $14 million and a Medicaid malpractice claim worth up to roughly $8 million.”

Kaul has also sued Purdue Pharma to recover the state’s cost for the opioid epidemic — a case Schimel refused to pursue, with Walker’s approval — which could result in a multi-million dollar settlement for the state. That is, if Republican legislators don’t try to kill a suit their longtime leader opposed.

This is what happens, Gov. Tony Evers noted at a press conference last week, because of the lame duck laws clamping down on “the ability of the attorney general and myself to conduct administrative business… Well, this is how it plays out, folks. We’re in a position where everybody’s buying lawyers and hiring staff to solve a problem that should have never occurred.”

Darling and Nygren didn’t respond to questions from Urban Milwaukee, and their committee is expected to review some of the more minor legal settlements in closed session today, with no guarantee any of the 16 legislators on the committee won’t publicly divulge some of the details. It’s a mess that could be very costly to taxpayers, and all because Republicans refused to accept the result of last November’s election, and then ignored the hailstorm of citizen objections to their power grab.