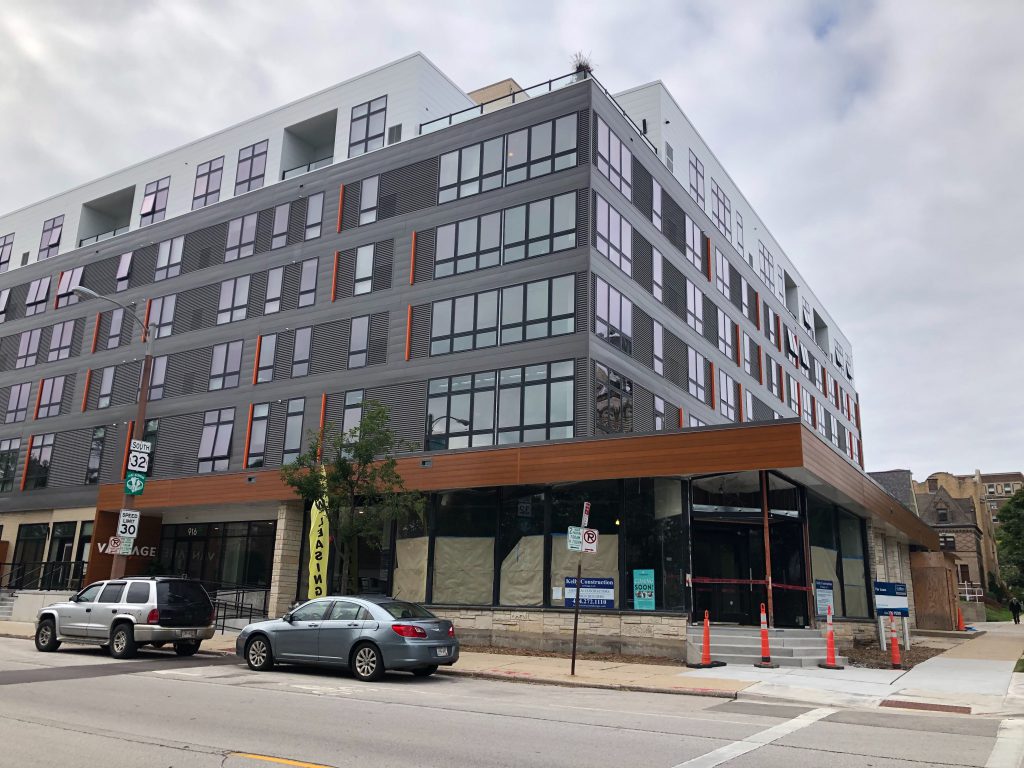 Later this fall, Fairgrounds Coffee & Tea plans to open at 916 E. State St. in a 2,800-square-foot space in a building that also houses the Vantage Park Apartments.

The specialty coffee shop will offer a variety of coffees from local, regional and national roasters including Colectivo, Minneapolis-based Spyhouse Coffee Roasters, Chicago’s Dark Matter Coffee, and Stumptown in Portland, Oregon. An espresso and matcha bar using state-of-the-art equipment will give customers the option to choose between tried-and-true drinks such as a latte, cappuccino, cortado or americano or a café specialty like the Vosges Chocolate Truffle Mocha, or to create their own drinks by adding several different flavor shots.

Fairgrounds will also serve sparkling teas, kombucha drinks, and cold brews on tap, as well as specialty elixirs and a menu of locally-sourced salads, sandwiches and appetizers with gluten-free and vegan food options.

According to its website, the company took its name in memory of a place “where we have spent our lives playing, bumping into friends new and old, and discovering our independence” and as “a reflection of a dedication to diversity, a belief in equal billing for both coffee and tea, and a commitment to fair business practices.” Fairgrounds opened its original location in Chicago’s Bucktown neighborhood in 2017 and has since expanded to four more locations in Chicago, Los Angeles and Minneapolis. Besides the Milwaukee location, Fairgrounds plans to open two more Illinois coffee shops in Oak Park and Vernon Hills.

“Downtown Milwaukee has become such a cool area; it’s vibrant, authentic, and has an energy that makes people want to be there. We recently opened a Fairgrounds in Minneapolis, and felt Milwaukee has a similar young, cool vibe, which works perfectly for the Fairgrounds brand,” said Michael Schultz, Fairgrounds CEO and owner. “We look forward to the possibility of further expansion in the area.”

According to an August 29 Facebook post shared by Fairgrounds general manager Kira Walters on the Milwaukee Coffee Lovers page, the coffee shop is now hiring baristas, line cooks and team leads for its Milwaukee location. Those interested can send resumes to kira.walters@coffeeandteabars.com.