By Melanie Conklin, Wisconsin Examiner - Aug 28th, 2019 10:27 am
Get a daily rundown of the top stories on Urban Milwaukee 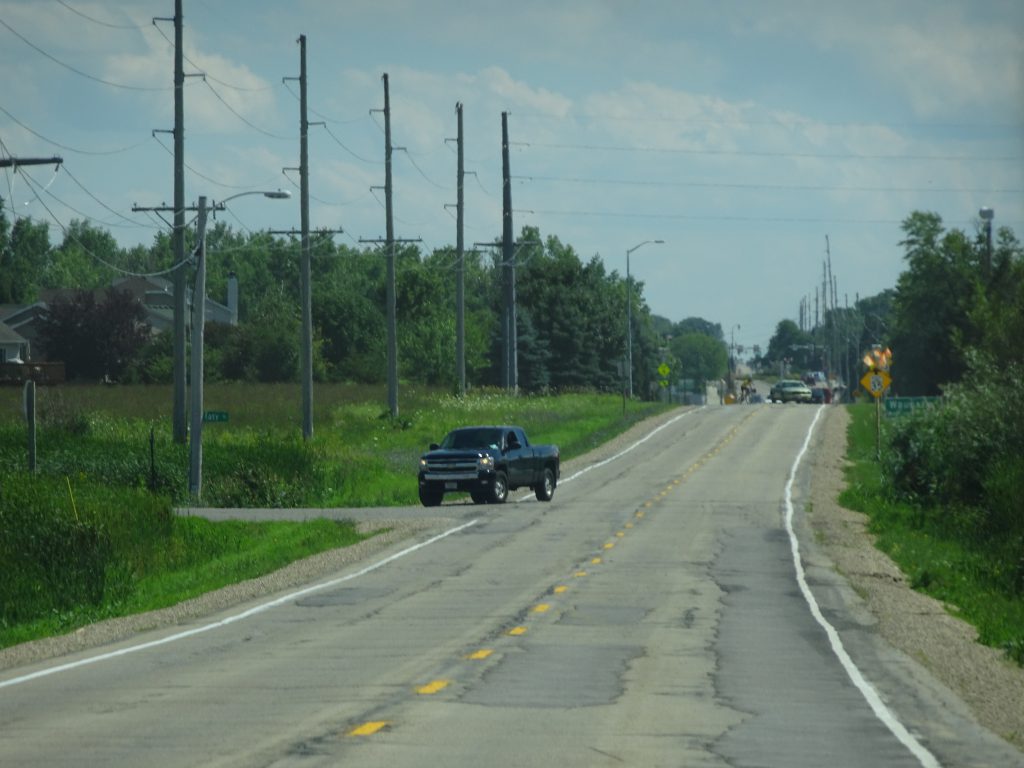 The lousy condition of Wisconsin roads is old news. Crumbling infrastructure has been a problem for some time in Wisconsin. Last fall, as rural areas went from pavement back to gravel roads, the issue played a big role in the governor’s race, helping Gov. Tony Evers beat then-Gov. Scott Walker with his campaign cry, “Fix the damn roads!”

So it isn’t a big surprise that Wiscaonsin roads are rated as being in “bad” shape in the Reason Foundation’s annual report, based on data the group gathered over the past several years. Wisconsin came in 38th among all states and ranked worst in the Midwest. But apparently while Wisconsin roads were deteriorating, many other states were making incremental improvements. Until this report.

“In looking at the nation’s highway system as a whole, there was a decades-long trend of incremental improvement in most key categories, but the overall condition of the highway system has worsened in recent years,” says Baruch Feigenbaum, lead author of the Annual Highway Report and assistant director of transportation at Reason Foundation. (The Libertarian group touts its magazine and think tank, which have been around since the 60s, as promoting Libertarian principles of free-markets, liberty and individual choice. Maintaining a functional infrastructure is also, apparently, a libertarian value, and the Reason Foundation is considered a reputable source of transportation data by government agencies, including the Wisconsin Department of Transportation. Not surprisingly, the libertarian group promotes the idea of outsourcing infrastructure projects to private entities as a good solution to the nation’s infrastructure woes).

Spokesperson Kristin McHugh at the Wisconsin state Department of Transportation, said that they received the report and took an initial look at the content and, “we can say that the rankings reported for Wisconsin are less than desired but are also indicative of years of underfunding.”

McHugh added a pitch that things will get better: “Fortunately the 2019-21 budget brings a significant (20%) increase to the state highway rehabilitation program; this will help address system condition needs. The current budget also includes the lowest level of borrowing in 20 years — an important step to ensure that funding goes to improvements rather than toward debt service.”

This particular study by the libertarian group looks at a wide variety of factors surrounding highways, including fatalities in urban and rural areas, as well as congestion. A lower fatality rating in multiple categories helps boost Wisconsin’s otherwise bad rankings. The areas where Wisconsin did best are in urban fatality rate (7th) and overall fatality rate (12th).

One thought on “State Has Bad Roads, Low Fatalities”