There’s Only One Liquid Johnny’s 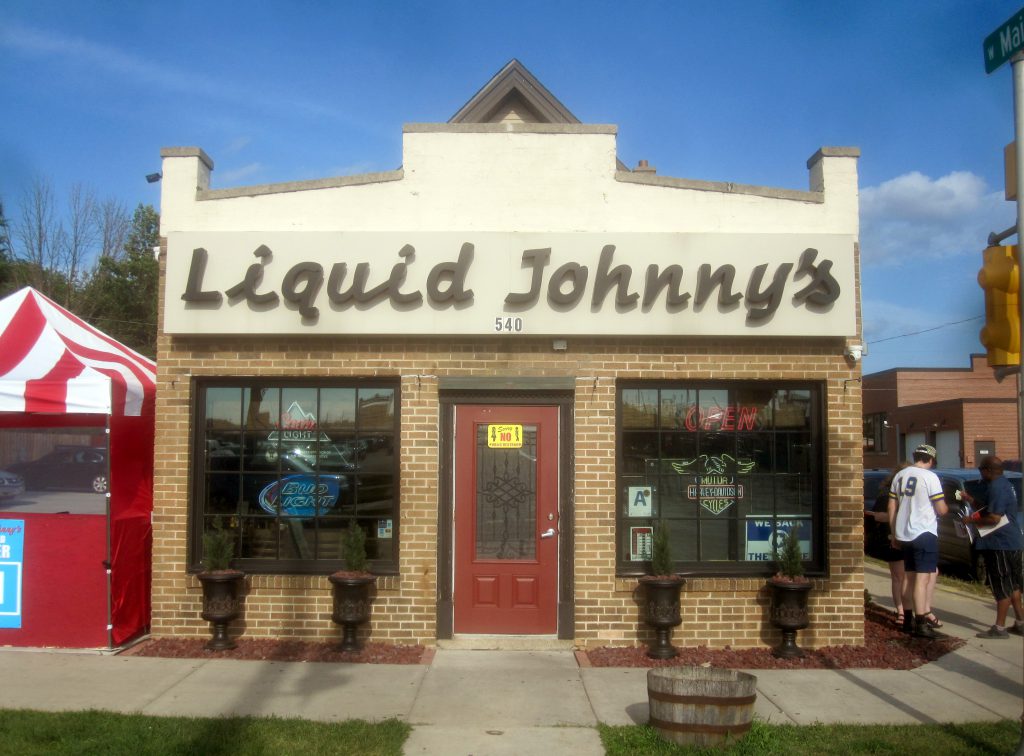 On March 2nd, 1934, Paul Marzillier, an architect and field examiner for the City of Milwaukee’s “Survey of Frame Buildings, Taverns in Fire Districts” paid a visit to a “Tavern & Dance Hall” located at 540 S. 76th St. His report of the conditions found there must have dismayed Ernest Weyland, the Special Building Inspector supervising the survey.

Basement flodded (sic) with water with much refuse between. Very Unsanitary. No sewer. No water [mains] in the street. 2 outside frame privies Rotted + Deteriorated.

In his accompanying diagram of the brick-faced structure with 10-inch thick solid concrete block walls, Marzillier noted six inches of water in the basement, which had interior access via a trap door set behind the bar, which was located along the north wall of the 19-foot square tavern room. An exterior trap door allowed the beer delivery person to wade down to the  cellar. To the east, a larger room measuring 27-feet by 19-feet, with a fancy coved ceiling served as a Dance Hall, with booths nestled along the north wall, conveniently out of sight of the tavern occupants, and accessed by a door in the center of the room. The upstairs apartment was vacant.

The sidewalk at the northeast corner of S. 76th St. and the grandiosely named W. Main St. was not paved with concrete, but consisted of cinders, produced in abundance by the area’s coal-fired, smoke-belching factories. Access to the business was through a door set in the southwest corner of the building at a 45-degree angle to the adjacent walls.

So, no municipal water or sewer service, a flooded unsanitary basement, a cinder walkway, and a pair of rotted outhouses. Seems like a great place for a first date!

Let’s advance the calendar to 2019 and see if things have changed at the old saloon since the days when B. C. White operated it.

Before we get to the present time, let’s make a stop 80 years ago, when a permit was filed in 1939 for a one-story, 20-foot by 20-foot addition to the front of the building. Since the structure was located only 16 feet from S. 76th St., the permit noted, “Present building to be moved back 20′.”

The storefront addition led to a revamped floor plan and new amenities, like a dry basement, indoor toilets (which remain much unchanged), a relocated bar, a kitchen, and a regular staircase to the basement to replace the trap doors. The corner entrance was eliminated in favor of a centrally located 36-inch-wide door, fringed with glass block. The bar now included a few seats at its end, offering a long view into the establishment.

In 1945 Stephan Holzberger owned and operated the bar. He demolished the old garage and replaced it with a new two-car garage. In 1968 it was operated by Ralph Behling, and in 1975 we find it styled as The Corporation Bar. We then find it owned by Alberta and James Gabel, and there things remained for a couple of years.

November 1981 was a momentous time for the old saloon. Joseph M. Janz bought the building through his JMJ Transport Corporation. Down went the Blatz sign, replaced with one advertising Old Style beer. Another sign appeared, one with a splendid new name. “Liquid Johnny’s” had arrived, and it is still here today.

The front room of the bar features a number of items of interest, including an autographed jersey from Aaron Rodgers. A couple of tables catch light from the western windows of the storefront addition. There are a number of Liquid Johnny’s items scattered about, including new T-Shirts, which will set you back $15 apiece, which is the same price parking spots at the tavern run during State Fair, which is located across the street. Liquid Johnny’s scores high marks for its promotional enthusiasm. It has a remarkably active social media presence, considering its relatively small size. One sign wishes us a “Happy Caturday.”

It goes on to explain, “Wear a CAT Shirt on SATURDAY Get a Free DRAFT Beer.” If somebody can sell me a cat shirt for less than the price of a draft beer, you’re on! The back bar is a fine piece of furniture, and probably dates to the time the building was moved in 1939. It is adorned with a tall Schlitz globe of undetermined vintage. Suspended from the ceiling are mottled red glass pendant lights that cast a soft and appealing glow in the room. Step into the back room, formerly the Dance Hall, and note the graceful curve of the ceiling above. It is a nice touch for a relatively simple space. This would be a good time to squeeze into the bathroom if you are so inclined. The tiny space is too small to admit a sink within. Men and women share a sink outside the toilet rooms. It is cleverly set into an old wooden barrel — a nice touch.

Head outdoors, and you will find a fenced beer garden with a covered canopy and a number of substantial patio furniture pieces, all located just south of the old privies, now long gone. Back inside, allow yourself a peek at the gleaming new kitchen equipment. It is little wonder that the establishment boasts an “A” rating from the Health Department. It also represents a substantial investment for a neighborhood tavern, but will certainly save on energy bills. The menu features such treats as a “Curd Burger,” and advises us that its Fish Fry is the best in town, and made from scratch.

Along the wall of the Dance Hall are a number of clever hinged tables. They can be raised for dining purposes when the place is busy, and then lowered out of the way when not needed. This clears space for the dart players, who apparently include some good ones, judging from the many trophies. Liquid Johnny’s is one of the remaining taverns to sponsor leagues. They include dart, kickball, bowling and softball teams. If you make a two-year commitment to a softball team, you get a complete uniform — “hat, shirt and pants.” There are currently softball teams playing five nights a week, preserving an old Milwaukee tradition.

Was Popular With State Fair Workers

Russ Klisch, the co-founder, CEO and owner of Lakefront Brewery says he remembers being told by Bill Janz, a former Milwaukee Sentinel columnist and brother of one-time tavern owner Joseph Janz that Liquid Johnny’s was a popular stop for workers at State Fair, particularly the folks who arrived early to set up the amusement devices and similar apparatus. The tavern is directly across the street from the State Fair Grounds in West Allis, as you can see by looking out the front windows. In a way, going to Liquid Johnny’s is like a trip to West Allis that you can enjoy without ever leaving the City of Milwaukee. 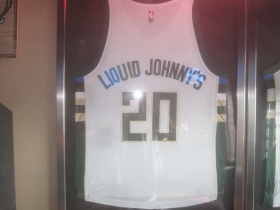 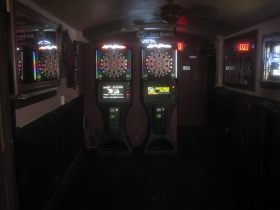 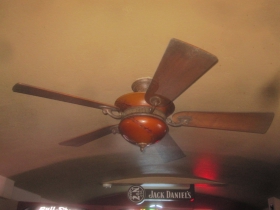 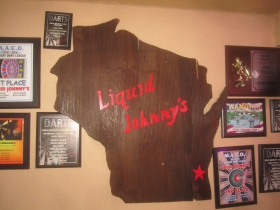 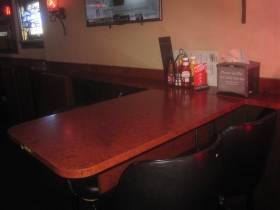 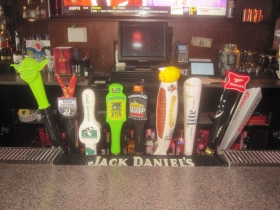