By Alana Watson, Wisconsin Public Radio - Aug 14th, 2019 11:03 am
Get a daily rundown of the top stories on Urban Milwaukee 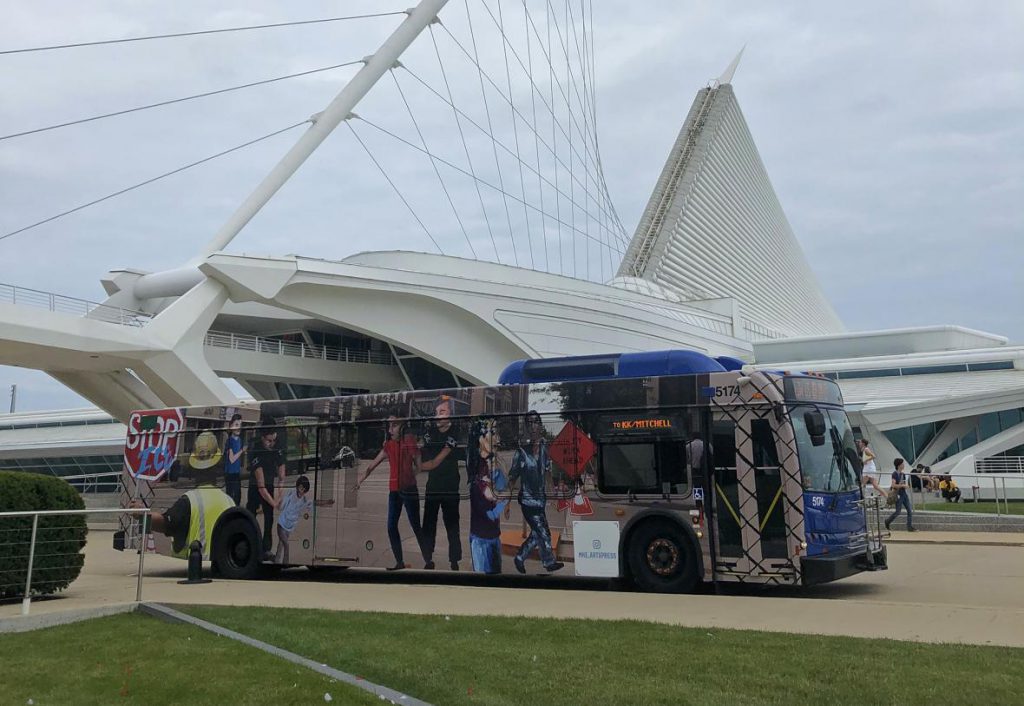 Each year since 2003, the Milwaukee Art Museum and Milwaukee County Public Transit System have partnered up to decorate a county bus with a mural designed and created by Milwaukee teenagers. This year’s mural on immigration is the first time the longstanding partnership has drawn criticism.

The mural depicts U.S. Immigration and Customs Enforcement agents separating a mother and child. The mural also lists instructions on “What to do if ICE comes to your door” and on the back reads “Celebrating over 160 years of Dreamers: Milwaukee is immigrant strong.” 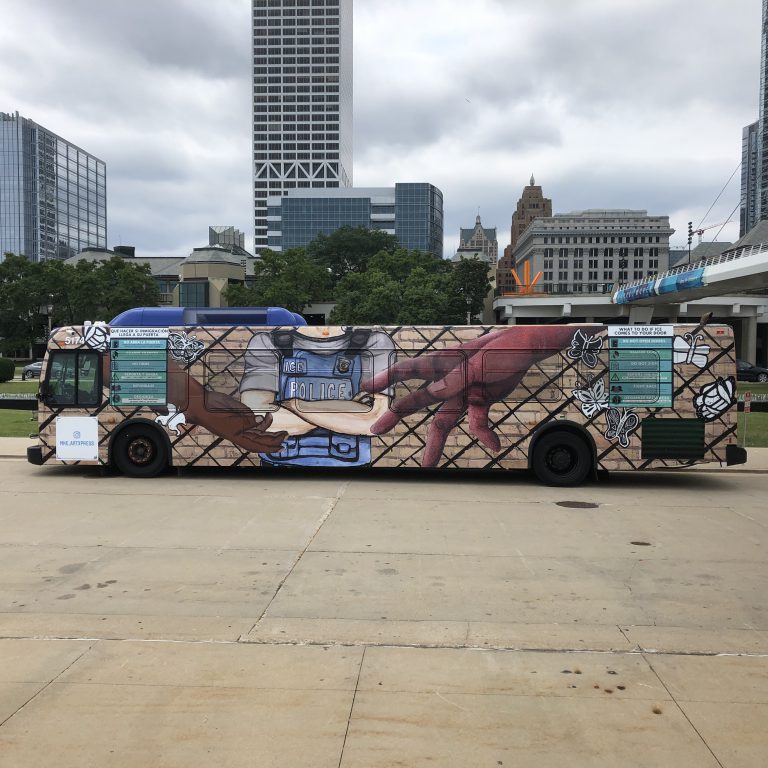 After the county bus was unveiled on Sunday, Milwaukee County Board Supervisor Dan Sebring called for the mural to be removed, saying it sends a racist and anti-law enforcement message. WPR reached out to Sebring but he was not available to comment.

The program — called ArtXpress Milwaukee — was created in 2003 to bring diverse teenagers together to create a meaningful project for themselves and the community. Students work on both the theme and the mural design together. Brigid Globensky, the museum’s senior director of education and programs, said the themes students pick are usually controversial or difficult topics such as racism, homelessness, mental health and gun violence.

Yazmillie Reyez was one of the 18 students who worked on the project and she says the group wanted to start a conversation on a serious topic.

“It’s not something that we put there for them to be against the police. We didn’t put that there to be against law enforcement” Reyez explained. “We put that because those are the rights that were created.”

A representative from the Milwaukee County Public Transit System said the mural didn’t violate any of their advertisement guidelines. The transit system looks to keep nudity, graphic violence and alcohol consumption out of advertisements.

Globensky said this is the first time they’ve been asked to remove a mural.

“Art really creates conversation. Obviously this group did an amazing job to really raise this issues in a way that has gotten people talking,” she said.

The mural will be on a county bus for a month in a half and will be on different transit routes throughout the city.