And a new mural in Bronzeville honors Vel Phillips. 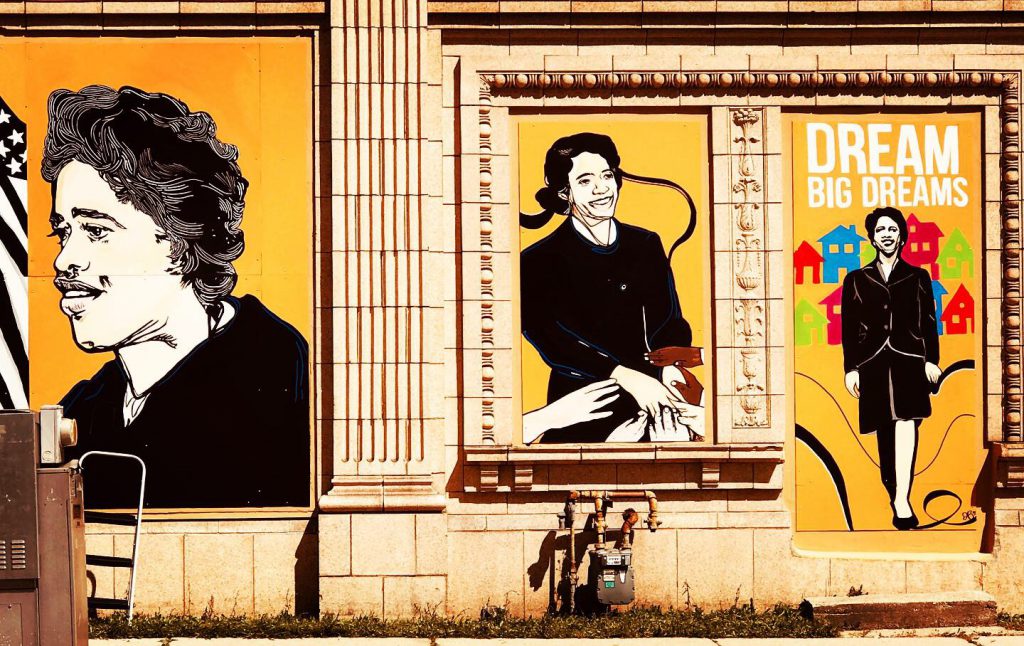 Nares: Moves, the Milwaukee Art Museum’s exhibit of five decades of work by contemporary New York artist Jamie Nares, is setting a new record of sorts. It’s not just that it has drawn a large number of visitors, but “people are spending a record amount of time in the exhibition watching and exploring all the works,” says Amanda Peterson, MAM senior director of audience engagement. 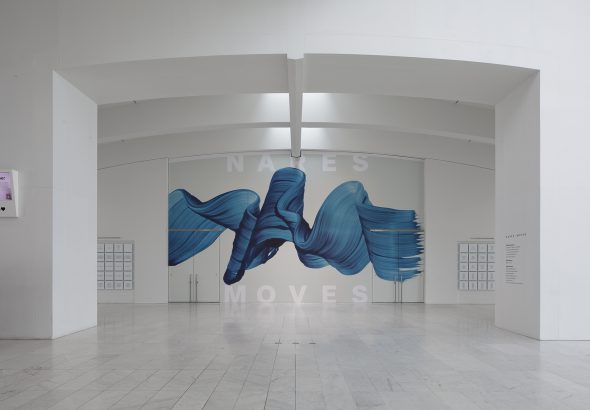 On view at the MAM through October 6, the exhibit features nearly 150 sculptures, drawings, paintings, film and mixed media centered around the art of motion, by humans and inanimate objects. The exhibit is curated by MAM director Marcelle Polednik, who calls Nares “a prolific, perpetual creator” whose works help viewers “understand the development and nature of contemporary art.”

Nares has broad connections to contemporary art and artists of all kinds. After relocated from London to New York City in 1974, Nares quickly became a part of the city’s No Wave and punk rock movements, playing in bands, creating art and films, and befriending notable artists and film directors such as Jim Jarmusch (Stranger than Paradise and Coffee and Cigarettes)

In the 1970s and 1980s, New York was a hotbed for new and innovative styles of music, including punk rock, hip-hop, rap, and disco. Nares is clearly intrigued by this. Her two “Grandmaster” works in a portion of the exhibit pay tribute to Grandmaster Flash, the hip-hop pioneer and DJ.

The artist’s 2011 film Street features the music of Sonic Youth guitarist Thurston Moore and depicts a bustling New York City street, filmed in slow motion on a warm day. Nares also appears enthralled by the ever-evolving nature of industry and commercialization. Element Number One, a 2009 film, features a fizzy, upright stream of cola, captured in slow motion. And the artist’s “Portrait” series consists of more than half a dozen “motion portraits” (including one of Jarmusch).

“With all the twists and turns through Nares’s paintings, films, objects, experiments and things that defy traditional categories,” Peterson says, “it feels like a diverse contemporary art museum inside the museum rather than just the work of a singular artist.”

-Last week, the Milwaukee Art Museum announced that it will hold a Grand Unveiling ceremony September 5 for artist Robert Indiana’s singular “Love” sculpture, which was completed during the Summer of Love in 1969. The sculpture was recently gifted to the museum by an anonymous donor and the Greater Milwaukee Foundation. The event will begin at 5:30 p.m. in the Lubar Auditorium with a talk by Joe Martin Lin-Hill, Albright Knox Gallery deputy director, about Indiana’s life and career.

-Wallpapered City LLC announced last Wednesday that Andreas von Chrzanowski, better known as CASE, an acclaimed East German muralist and founding member of street artist crew Ma’Claim, will paint a giant mural on the north face of the Dye House, 320 E. Buffalo St. Built in the 1920s, the building once housed a hosiery company, a theme CASE plans to incorporate into his mural. Wallpapered City, a consulting firm that counts Black Cat Alley and East Town Tosa’s six murals among its projects, will oversee the CASE mural.

-A new mural honoring Milwaukee judge, politician and civil rights activist Vel R. Phillips has been installed in Milwaukee’s Bronzeville neighborhood, on the exterior of the Bronzeville Collective building at 339 W. North Ave. Commissioned by Artists Working in Education, artist Jasmine Wyatt created the mural with the help of four volunteers. Installed by Whitefish Bay art studio At Spolar Studios, the mural was unveiled Saturday, the last day of Bronzeville Week 2019, a weeklong series of events and activities celebrating the arts and culture of the historic Milwaukee neighborhood.

-The museum’s monthly MAM After Dark will be held from 7 p.m. to 11 p.m. Friday. The theme is NYC and will celebrate the Big Apple and the Nares: Moves exhibit with cocktails and New York-themed appetizers. Visitors are encouraged to don 1970s and 1980s gear.

-Inside Out, an exhibit featuring the work of video artist Ted Brusubardis, painter Thomas Haneman and miniatures by M. Winston, will open Friday at the Portrait Society Gallery, 207 E. Buffalo St., Suite 526. An opening reception will be held 6 p.m. to 8 p.m. Friday at the gallery.

-Two exhibitions will open Friday at the Haggerty Museum of Art, 1234 W. Tory Hill St. Ben Shahn’s For the Sake of a Single Verse, a collection of 22 lithographs by the artist illustrating text from the 1910 Rainer Maria Rilke novel The Notebooks of Malte Laurids Briggs, will be on display at the museum through December 15. The Ariel Poems, on display through December 15, is a pamphlet series published by British independent publishers Faber and Gwyer and Faber and Faber. Published between the late 1920s to the mid-1950s, The Ariel Poems features collaborations between artists and poets such as T.S. Eliot.

-At 1:30 p.m. Saturday in the Milwaukee Art Museum’s Lubar Auditorium, museum visitors can view all 10 of Jamie Nares’ short films. The film showings are free with museum admission.