By Isiah Holmes, Wisconsin Examiner - Aug 12th, 2019 12:40 pm
Get a daily rundown of the top stories on Urban Milwaukee 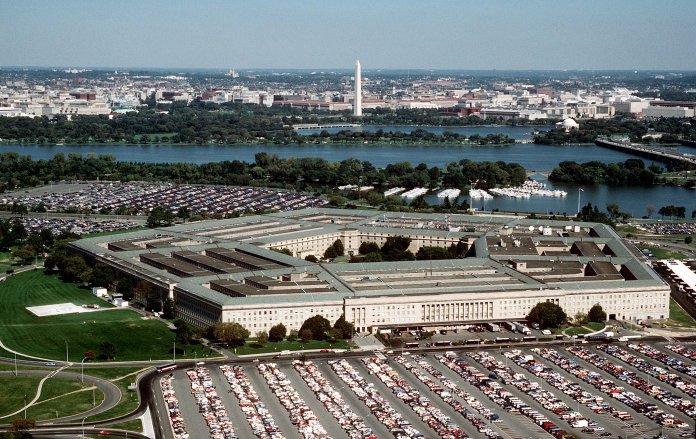 If you look up over the next few weeks in Wisconsin, and notice an unassuming, unmarked blimp floating by at high-altitude, you might just be watching the U.S. military, watching you.

The Pentagon and the Department of Homeland Security are testing a fleet of up to 25 surveillance balloons drifting across six Midwestern states. According to FCC documents, the unmanned craft will “provide a persistent surveillance system to locate and deter narcotic trafficking and homeland security threats.”

Similar to counterparts in Afghanistan, the craft will deploy from rural South Dakota and reach a maximum altitude of 65,000 feet. From there, they will drift across unspecified regions of Minnesota, Iowa, Central Illinois, Missouri and Wisconsin. The balloons program, first reported by The Guardian, will likely outfit surveillance balloons with high-powered radar systems.

The Federal Communications Commission licensed the “experimental,” “high altitude MESH networking tests,” for between July 12 and Sept. 1 of this year, reads an authorization document. The license was issued to the Sierra Nevada Corporation, an aeronautics and defense systems producer. According to The Guardian, the balloons’ sophisticated monitoring systems can detect all vehicles below within a 25-mile radius, communicate with other balloons and send data to the ground.

Wisconsin Examiner contacted the FCC to determine if the balloons will affect or interact with cell phone towers, which might explain the FCC’s involvement. Will Wiquist with the Office of Media Relations at the FCC, declined to comment, referring Wisconsin Examiner to the Pentagon. A call to the Pentagon had not yet been returned by the time of publication. Spokespeople for Gov. Tony Evers and Attorney General Josh Kaul said they would look into the situation and respond to the Examiner’s request for comment.

California-based privacy activist Mike Katz-Lacabe ominously calls the balloons an example of “perfect surveillance.” He says the Pentagon’s program is similar to one created by Persistent Surveillance Systems. The company markets “turn-key wide area surveillance systems,” for international and domestic customers. Essentially, the idea revolves around recording everything and everyone, all the time, from the air. So when a crime happens, “they can basically run the video in reverse and trace back where the cars and where the people involved in those criminal activities came from,” explains Katz-Lacabe.

He fears this kind of “perfect surveillance,” could be used to monitor essentially any sort of suspected wrongdoing, despite the fact that police agencies are not spearheading the program.“That’s the military being used for local law enforcement,” Katz-Lacabe told Wisconsin Examiner. “This certainly crossed the boundary about what the military should be doing when it comes to domestic law enforcement.”

Arthur Holland Michel, the co-director of the Center for the Study of the Drone at Bard College in New York, told The Guardian that the technology’s moniker is combat TiVo:  “What this new technology proposes is to watch everything at once. Sometimes it’s referred to as ‘combat TiVo’ because when an event happens somewhere in the surveilled area, you can potentially rewind the tape to see exactly what occurred, and rewind even further to see who was involved and where they came from.”

Through his work at the Center for Human Rights and Privacy, Katz-Lacabe has tried to understand police surveillance devices like license plate readers and cell site simulators. The latter, sometimes called StingRays or IMSI catchers, mass collect cell phone data and  private messages by using a spoof cell phone tower. Several police departments nationwide are known to operate StingRays, including several within Milwaukee County. The possibility exists that such technologies could also have a role in the surveillance blimp program.

Drawing on this knowledge of domestic surveillance, Katz-Lacabe said he was aware of the news of the surveillance program’s launch and added “It would be interesting if they would have something like a cell site simulator on that, and be able to track people’s cell phones.”

Beyond the FCC document’s vague description, it’s unclear exactly what the balloons will be looking for. Domestic terrorism, especially white supremacy-inspired violence, is a law enforcement concern. So is drug trafficking. These, however, are not normally considered military concerns.

President Donald Trump has demonstrated a willingness to deploy troops domestically at the southern-border, and, Katz-Lacabe says, “this is a natural progression.” Policies that create a surveillance state have persisted within every administration since 9/11.

There’s also a lucrative market built around expanding and selling surveillance networks. Technologies initially developed for the military or intelligence agencies have been cross-marketed for domestic police use. “That’s because the companies that manufacture those technologies are constantly looking for new markets to satisfy their shareholders,” explains Katz-Lacabe. “There’s certainly all kinds of other companies that would love to get in on the action.”