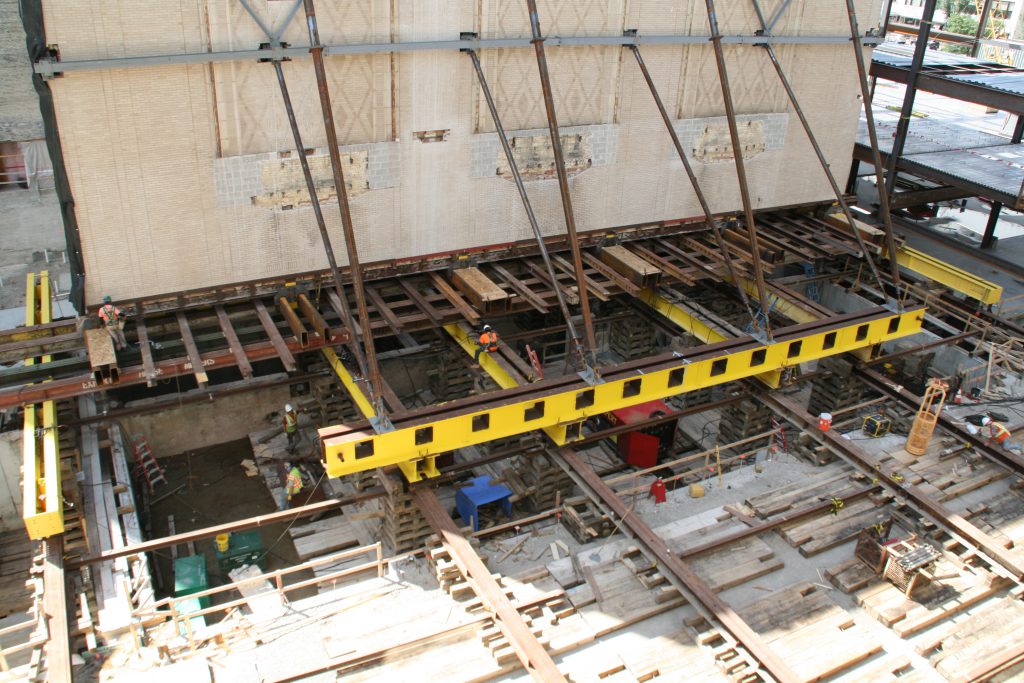 It’s almost go-time for the most complex piece of the Milwaukee Symphony Orchestra‘s conversion of the historic Grand Warner Theatre into a music hall.

Starting Tuesday morning, a highly specialized crew from International Chimney Corporation will begin inching the 625-ton rear theater wall into what used to be N. 2nd St. When complete the wall will have moved 35 feet east, adding essential space to the small movie stage that will soon be home to Milwaukee’s best musicians.

Relocating the wall ordinarily wouldn’t be a pivotal piece of a construction project. Disassemble it, build the new structure and rebuild the wall. But in this case, the Milwaukee Symphony Orchestra is relying on over $16 million in federal and state historic preservation credits to fund the $89 million project. The catch? The National Park Service, which controls the federal credits, determined that to receive the credits the wall must be moved as one piece.

Still it’s a tradeoff worth making for the symphony, netting the non-profit a substantial return on its $1 million expense.

Weather permitting, International Chimney and project general contractor CD Smith will start the move early Tuesday morning. The wall, 86 feet tall and 100 feet wide, will be moved five feet at a time. Built in 1931, the brick wall is already braced by steel internally and a substantial amount of exterior bracing has now been added. The construction team has assembled what looks like railroad tracks from above to facilitate sliding the structure.

Once the wall is relocated plenty of work remains, including reattaching terracotta elements to the wall, building a new structure to link the wall back with the theater and installing new theater seats. A glass lobby structure will be constructed on the corner of W. Wisconsin Ave. and N. 2nd St., the third building to use the foundation on the site. A rear expansion of the theater, including bathrooms and dressing rooms, is also underway, with the steel structure providing a visual guide for how far east the wall must go. The 12-story office tower that rises above the theater’s entrance at 212 W. Wisconsin Ave. will have five of its floors redeveloped into administrative offices for the symphony and other back-of-the-house space. Remaining space in the tower is intended to eventually be sold to another developer.

The city has allocated $6.25 million to the project and the associated rebuilding of N. 2nd St. A substantial amount of that will go towards rebuilding underground utilities that would otherwise end up underneath the expanded building. N. 2nd St. will become a one-way southbound street as part of the project. The city has hired Benesch, TKWA UrbanLab and SmithGroup to redesign the street into a pedestrian-friendly corridor from W. Wells St. at Postman’s Porch to W. Clybourn St.

Design work on the symphony project is being led by Kahler Slater. 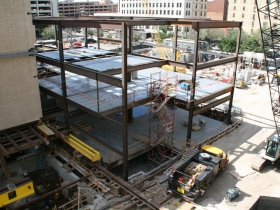 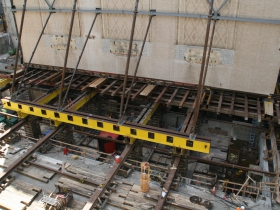 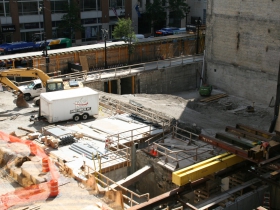 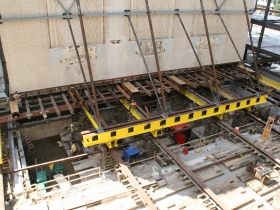 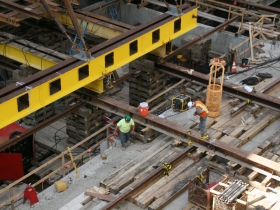 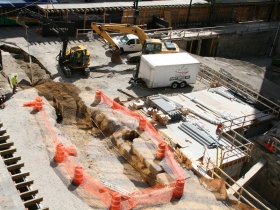