How ‘Developer’ Turned Into a Dirty Word 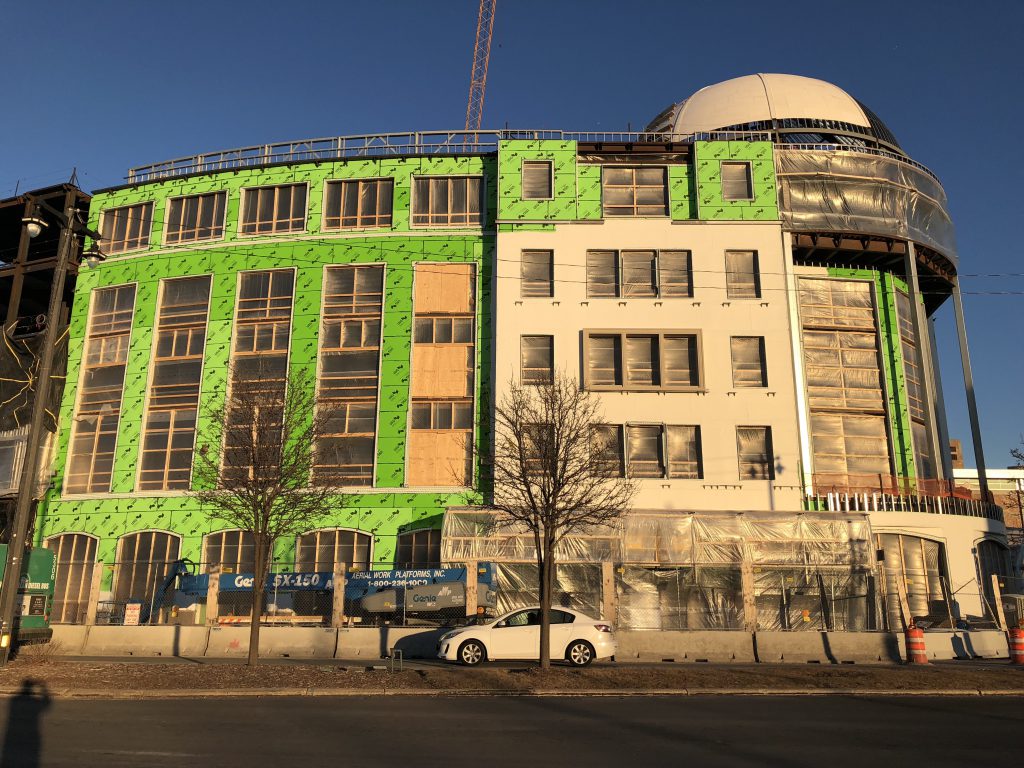 A Look Into the NIMBY Side: By one estimate, California is short 3.5 million homes to meet projected demand. Consequently, some residents have been dividing into NIMBYs and YIMBYs, two camps that do not neatly subdivide along the usual left-right lines. Both factions profess community-mindedness and love for their neighborhoods, yet both tout the other as adversaries. Liberal California NIMBYs advocate for slow growth and local control of urban development. Though these groups tend to me older, whiter, and more affluent, they have been partnering with pro-tenant groups that fear upzoning neighborhoods will accelerate gentrification and displacement. Still, many housing advocates view NIMBY groups as a force of elitism who are merely equipped with the ideologies and language of community-oriented values, but not the intentions of such. (Laura Bliss | CityLab)

Are 3D Crosswalks Less Safe: A Cincinnati memo and guidance from the Federal Highway Administration say that 3D crosswalks, which appear to be raised like a speed bump due to an optical illusion, may have the unintended consequence of startling drivers into unsafe driving. The FHWA performed an experiment where a “significant percentage” of drivers swerved when seeing the markings, and that as many as one in ten drivers may make an “evasive or erratic maneuver” when seeing it for the first time. Still, Cincinnati plans on installing two more 3D crosswalks after much success with its first. While the crosswalks are effective in improving pedestrian safety and helping cities meet Vision Zero goals, the FHWA has stated that 3D crosswalks are not compliant with the Manual on Uniform Traffic Control Devices. (Jason Plautz | Smart Cities Dive)

How ‘Developer’ Became a Dirty Word: The notion that development is inherently bad deserves scrutiny, as the communities that residents want to protect from development were once developed themselves. Furthermore, solving housing shortage will most likely involve more development, so the villain blamed for the problem must also be part of solving it. Developers in the United States have historically been controversial, with everything from shady land speculation schemes to racist intentions, but new development was also once seen as a way to enhance cities, rather than detract from what’ has already been built. The reputations of developers have been tied to the forces around them: the economics of industry, the politics of growth, or growing inequality. However, these forces are also tied to a history of tight zoning regulations outside developers’ control, so the debate over who is to blame for the housing crisis today may require a broader look than just developers themselves. (Emily Badger | New York Times)

Saudi Arabia’s Big Megacity Dreams: Leaked documents on Saudi Arabia’s $500B megacity project NEOM showcase a mixture of some dystopian fixture and childish imaginings, like a proposal for robot cage fights. Some highlights from the documents include cloud seeding (in order to force rain in the desert climate), genetically-enhanced residents, flying taxis, and even a fake moon, possibly created by a drone fleet. Some plans call for ubiquitous security cameras, drones, and facial recognition. The megaproject is Saudi Arabia’s attempt to diversify its economy to more than just the oil industry, opening up the region to tech, manufacturing, and international shipping. To reach out to Western business, some certain cultural and social restrictions, like alcohol, women’s rights, and homosexuality, supposedly might be relaxed. (James Vincent | The Verge)

Can Vacancy Taxes Lower Prices?: An “empty homes penalty” is gaining traction nationwide, especially in California. Such taxes are meant to keep speculators from sitting on properties until they can be rented for a higher rate, or sell them for greater profit when prices inevitably increase. Oakland voters approved Measure W, which would tax as much as $6000 per parcel and $3000 per condo unit for properties occupied fewer than 50 days a year. Los Angeles is mulling a similar measure, especially considering that amid its tight housing market and downtown construction boom, the vacancy rate stands at about 12 percent. Los Angeles is also looking to Vancouver, who in 2017 began implementing a 1% tax on residents kept vacant for more than six months out of the year. Since then, vacant properties in the city have decreased 15%. (Larry Buhl | The American Prospect)

Moreover, there is no evidence that a traditional family and a true functional family differ in land-use effects. The fact that zoning codes allow an unlimited number of related people to live together (while limiting unrelated people) is not rational, either.

–Sara C. Bronin in the New York Times on the absurdity of zoning laws restricting the number of unrelated people that could live in a home.

This week on the podcast, Dr. Anita Sengupta joins us to talk about her thoughts on the future of local small scale passenger flight.

4 thoughts on “Urban Reads: How ‘Developer’ Turned Into a Dirty Word”