A “power grab” or trying to “get the constitution right”?

By Ruth Conniff, Wisconsin Examiner - Aug 1st, 2019 10:16 am
Get a daily rundown of the top stories on Urban Milwaukee 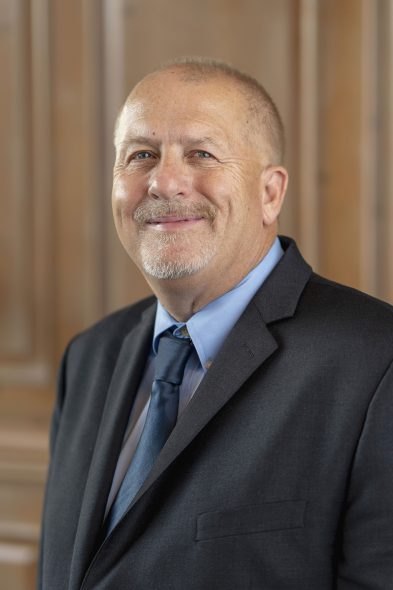 On Wednesday, the conservative Wisconsin Institute for Law and Liberty (WILL) announced that it is filing an original action with the state Supreme Court, seeking to undo several of Gov. Tony Evers’ partial vetoes of the state budget sent to him by the Republican-controlled legislature.

Esenberg acknowledged that in seeking to undo the governor’s line-item vetoes WILL is asking the state Supreme Court to overturn long-standing precedent–one the group did not seek to overturn when Gov. Scott Walker was in office.

But, he said, “If you look at the [state] constitutional language here. . . if you look at the legislative history . . .  It’s quite clear that [Evers’ use of the line-item veto] was not what was intended.”

Critics see the move as part of a Republican power grab and part of a hostile takeover of democratic institutions, which began when the Republican legislature pushed through new laws, signed by outgoing Gov. Scott Walker, limiting the powers of the Democratic incoming governor and attorney general just before they took office.

Walker made frequent use of the line-item veto, and neither the legislative Republicans nor WILL sought to limit the governor’s power until a Democrat won office.

“The idea that we should just overturn precedent after precedent, it’s obviously asking for an activist judiciary,” said Sachin Chheda, a progressive political consultant who often works on judicial races. “What we need instead is stability and predictability in the law. If they don’t like how this governor is using the powers of his office, pass a constitutional amendment, or pass a law or beat him in the next election.”

“Republicans and their allies are trying to reverse the results of an election,” said Mike Browne of the progressive advocacy group One Wisconsin Now. “And the way they are trying to do it is by using the courts.”

The state Republican Party was a top campaign contributor to State Supreme Court justices Patience Roggensack, Rebecca Bradley, and Brian Hagedorn. Hagedorn will take his seat on the bench this week.

WILL’s lawsuit was filed on the last day that former Chief Justice Shirley Abrahamson served on the court. When Hagedorn takes Abrahamson’s place on Thursday, the Court will have a 5-2 conservative majority.

That majority might take a different view of the law than the courts which, until now, have consistently upheld Wisconsin governors’ veto powers.

The line-item veto gives Wisconsin’s governor significant powers the governors in other states do not have to make changes to legislation.

If WILL’s suit is successful, the executive powers that were already limited by the legislature will be further curtailed..

Asked about the lawsuit at a news conference, Evers told reporters:

“We had an election, we had a budget, the budget was signed and deliberated by Republicans and Democrats, so I’m ready to move on. Apparently, they’re not.”

The WILL lawsuit does not seek to do away with the entire line-item veto, but argues, on behalf of three plaintiffs, that Evers overstepped by changing the legislature’s intent with some of his vetoes of budget items.

Two of the three plaintiffs, referred to as “taxpayers” in WILL’s petition to the Supreme Court, Nancy Barlett of Verona and Ted Keneklis of De Pere, are regular contributors to the Republican Party according to data that is publicly available through the Wisconsin Campaign Finance information system.

“Republicans and their allies are doing this stuff because they think the fix is in,” Browne added. “They’ve put their partisan justices on the Supreme Court, and they expect them to side with them.”

One Wisconsin Now has criticized Justice Daniel Kelly for taking campaign contributions from WILL board members before and after deciding a case before the court in WILL’s favor.

At the news conference, Esenberg denied that partisanship had anything to do with the case limiting Evers’ veto power.

“This case is not about politics. It’s not about personalities. It’s about an important principle . . . the principle of the separation of powers,” Esenberg said.

But in Wisconsin’s heavily partisan atmosphere, the case was instantly seen as a political maneuver that will have long-term consequences.

By skipping the lower courts and going straight to the Supreme Court, WILL bypassed traditional processes and to argue its case in a friendly forum.

“This idea that they should just keep skipping the process, not having normal evidence-gathering, motions, witnesses, trials, is insane,” said Chheda

“I think it’s very unlikely that a political case like this will be decided according to law, unless you consider the law of the jungle to be law,” said Tim Burns, a progressive attorney who ran for the Supreme Court.

Burns sees the lawsuit to limit Evers’ veto power as part of a general political strategy by a Republican Party that lost every statewide race in 2018, but kept control of two branches of government, in part thanks to gerrymandered maps. He asks:

“What do you do in a state where you’re part of the majority and for the foreseeable future your vote won’t count?”

One thought on “Suit to Limit Evers Veto Power Criticized”