The Other St. Paul Fish Market

It's in Mequon along the bike path, and the market's bar is long on fish and fishing decor. 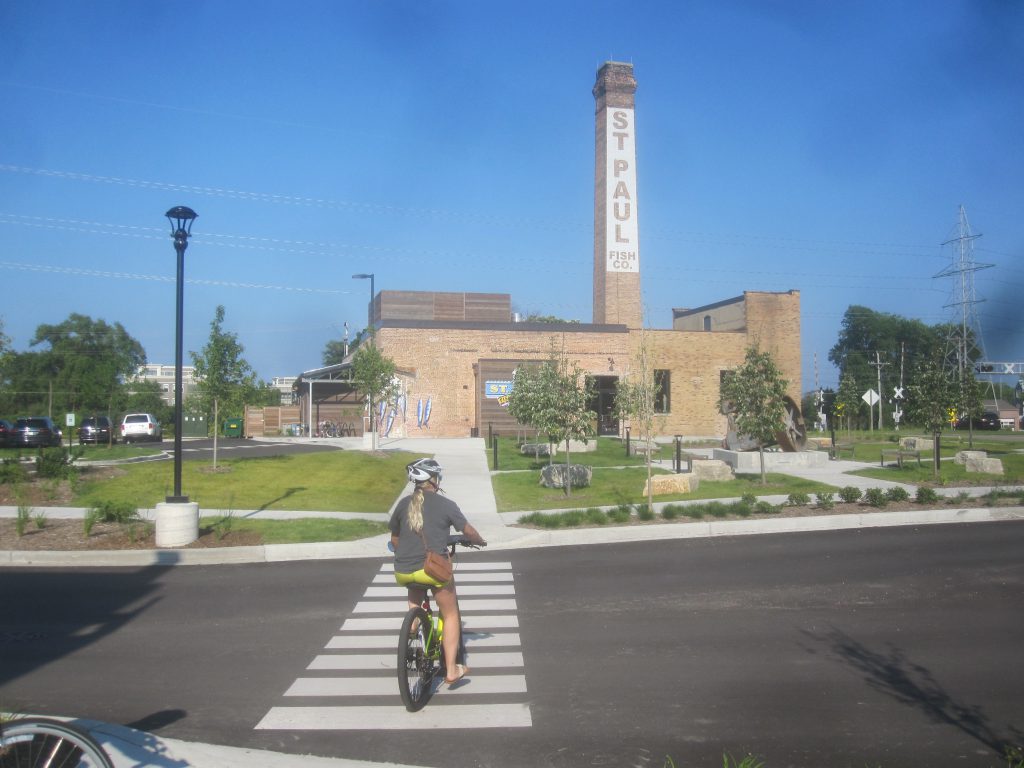 Bicyclists on the Ozaukee Interurban Trail have a new place to stop for a beer now that the St. Paul Fish Company has opened in an old cannery building in the City of Mequon, immediately adjacent to the two-wheeled thoroughfare, and less than two miles from the Milwaukee County border, for those bicyclists trying some cross-country travel. Owners Tim and Beth Collins opened the original St. Paul’s in the Milwaukee Public Market in 2005. About two years ago the couple started searching for a new location. In April 2018, Mequon developer Cynthia K. Shaffer began work on Spur 16, which includes the Cannery, and is named for the former railroad siding here. Shaffer’s adjacent Mequon Town Center, which dates to 2015, was the first multi-family development in the 46-square mile community to be built in two decades. The $15 million project was a success, selling for $20 million within two years, pleasing its investors. In the current phase, now under construction, 156 apartments will be developed adjacent to the restaurant. Next door, at 6300 W. Mequon Rd., is the Mequon Public Market, which bears many similarities to its City of Milwaukee counterpart, including the tenancy of Anodyne Coffee Co.

Just 170 years after its first settlers arrived, Mequon now has a neighborhood.

St. Paul Fish Company Mequon is in a brick building that is set off somewhat diagonally from the street; it was built to align with the still-active railroad tracks to the east. A tall chimney has been painted with the company’s name, making it an effective de facto billboard in a city where actual billboards have never been permitted, and where business signage is strictly regulated. The visitor will note a number of blue fish strung up on the side of the building. These are made of burlap, and are among a number of visual jokes and novelties to be found indoors. Immediately inside is the fish counter itself. Customers may buy items to take home to prepare as well as such ready-made market standby items as smoked salmon, seafood salads, herring and other fruits of the sea. There is also a separate dining room to the north, which will suit you fine if you are taking mom out for lunch. But you’re on your own today, so head to the bar. This room is to the east of the entry space. It has a soaring ceiling height, as well as space to store some decidedly top-shelf liquors.

The day’s oyster menu is posted on blackboards. An ingenious pulley system allows for the boards to be lowered for updating as the ships arrive with their freshest bounty. The bar wraps around the center of the room, which has large windows admitting ample sunlight. The decor includes trophy fish, buoys, as well as lobster traps that now serve as light fixtures. The walls are painted with nautical tattoos such as were popular around World War II. A 48-star American flag adds to the atmosphere. It is a modern take on a maritime theme, both classy and casual.

The Cannery in History

The building was constructed in 1900 as the Milwaukee River Cannery, one of Mequon’s first industrial structures. “Nieman’s Garden Spot Cut Green Beans” were grown nearby, processed here, put into cans, and loaded into trains on the adjacent siding for shipment to market. The Nieman and Fromm families were intermarried and were among Mequon’s earliest business people, having made an early fortune in ginseng, and later raising Silver Foxes in cages on acres of Mequon land. The Fromm Co. also manufactured pet food and veterinary medicines, and continues today as a family-owned business. The structure originally had a number of additions, mostly frame, which have since been removed.

In 1943, facing a severe wartime labor shortage, the cannery hoped to employ Nisei as workers. After all, these interned American-born Japanese had been truck farmers in California, supplying food for the tables of Los Angeles. Why not employ them to package Garden Spot Cut Green Beans for Milwaukee’s tables? The idea failed after a contentious hearing at the Mequon Town Hall (now city hall) located immediately to the north. Hundreds of citizens protested the idea of allowing Japanese to work in their factory, where they might get some ideas, like marrying the citizens’ children.

After you’ve enjoyed your beer and oysters, perhaps on the outdoor terrace, take a walk across the bike path and pay a visit to the adjacent Opitz Cemetery, which is owned and operated by the City of Mequon. Here you will find the grave of John Henry Thien (1815-1863). Thien was the founder of the Village of Thiensville, a square-mile community located in the center of Mequon. He is joined by other early settler familes like Krause, Laun, Otto, Seyfert, Siefert, Schmidt, Peuschel, and the Opitz family itself. (The Peuschel homestead, dating to 1848, is now the residence of St. Paul Fish Company owners Tim and Beth Collins.)

If you walk along the western edge of the cemetery, one tombstone will catch your eye. Here, among all of the Teutonic surnames, lies the body of Francisco R. Jiminez, (1888-1952). His story remains a mystery, since Mequon was not known for its Latin American population. Although the canning industry was not kind to the Japanese during World War II, it did employ migrant workers, often from Mexico. Perhaps the 70-year old was one of them. May he rest in peace. 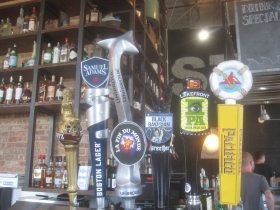 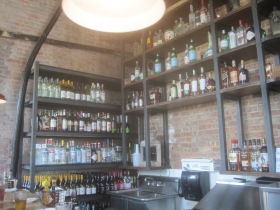 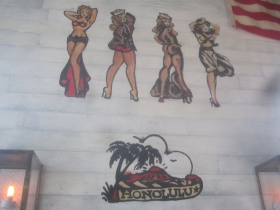 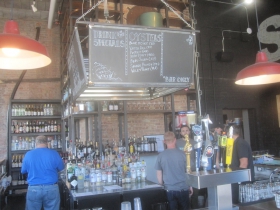 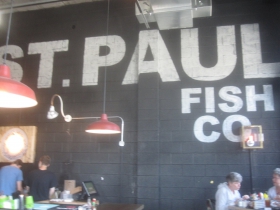 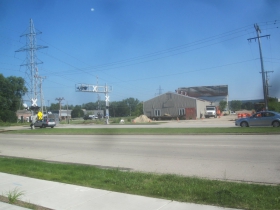