The organization, an arm of Walnut Way Conservation Corp., provides landscaping, green infrastructure installation and maintenance and snow removal services with a social mission. The organization provides extensive training to its employees, many of whom come from the surrounding neighborhood, and employs a number of ex-offenders.

It will use the currently vacant properties, 1805-07, 1819 and 1905 W. North Ave., for office space, equipment storage and repair and as a training facility.

“I think it would be a plus for the neighborhood and we need something in that area,” said Walnut Way board chair and 54-year neighborhood resident LaVonda Graham.

The land sales, unanimously endorsed by the Common Council on Tuesday, have the support of area Alderman Russell W. Stamper, II. “It will be a help to the rejuvenation of the neighborhood,” said Stamper when the proposal came before the zoning committee.

Walnut Way, headquartered nearby at 2240 N. 17th St., will purchase the properties for Blue Skies. The organization, led by Antonio Butts since 2015, was founded in 2000.

Organization co-founders Sharon and Larry Adams, who formally retired from the organization in 2015, continue to work on improving the neighborhood. Their latest project is Adams Garden Park, a full-block redevelopment, including converting a small office building at 1836 W. Fond du Lac Ave. into a home for environmentally-focused organizations.

The other properties are more complicated. They’re designated brownfield sites, reflecting known environmental contamination, and have yet to be acquired by the city. The city expects to acquire both of them later this year through property tax foreclosure.

The property at 1819 W. North Ave. includes a 7,200-square-foot building. Built in 1926, the property has most recently been used for an automobile repair and salvage shop. It was listed for sale 189 days ago for $125,900 with the seller advertising “NEWER ROFF! (sic) PROPERTY IS IN a growing business community.”

The 4,050-square-foot building at 1905 W. North Ave. is divided from the other two parcels by a still operating auto repair shop. The small building, built in 1935, was most recently home to the Milwaukee Cobra’s motorcycle club.

According to the city’s land disposition report, the city would pay $10,000 combined for the two parcels and invest $50,000 in improvements. City records indicate both properties are currently owned by Willie Weeks.

A small, vacant lot at 1809 W. North Ave., also owned by Weeks, divides two of the properties and isn’t listed in the documents as part of the acquisition. A representative of the Department of City Development said it is only one-year delinquent on property taxes currently. 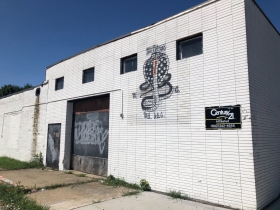 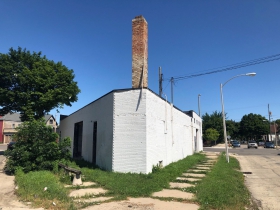 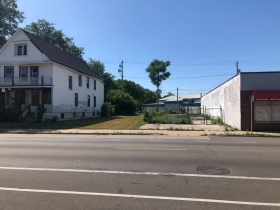 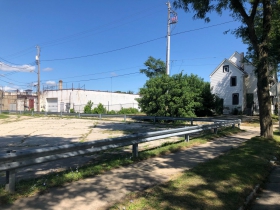 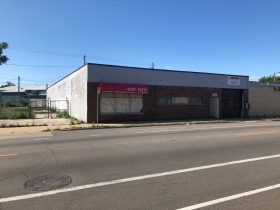 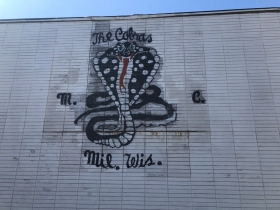