The Cleanup Of Solvay Coke Site

We Energies is leading $15.9 million cleanup. No tour of site allowed. 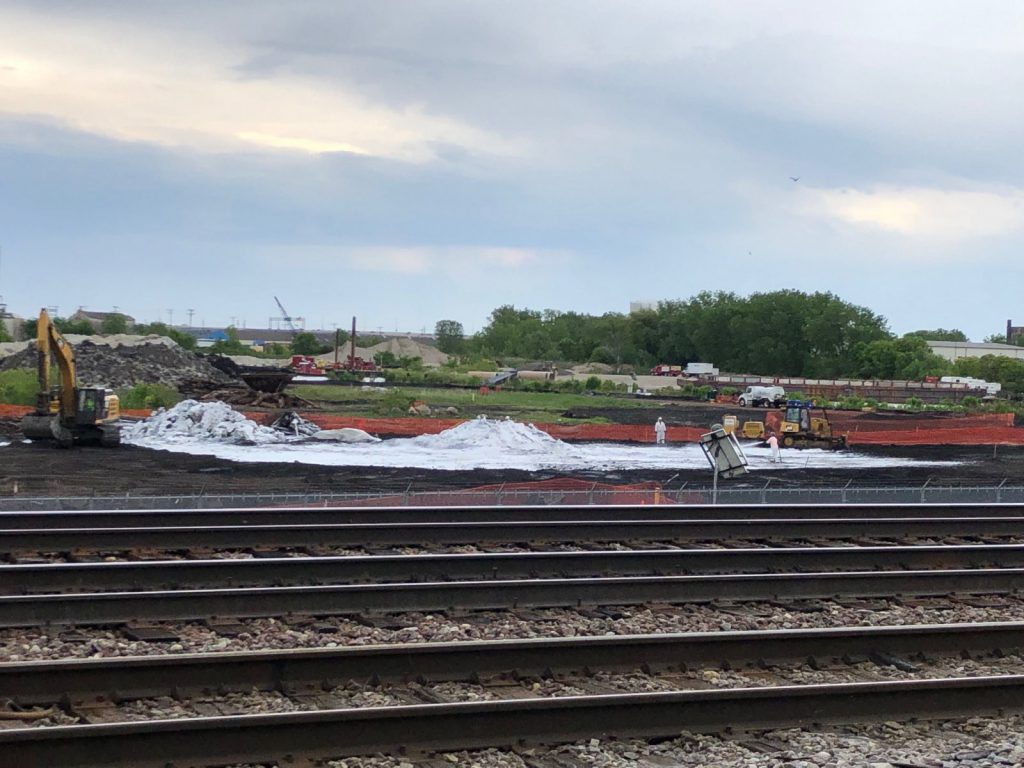 Komatsu Mining’s 60-acre, $285-million South Harbor Campus proposal for the east end of E. Greenfield Ave. is approved for development, but before that can start the site needs to be environmentally remediated.

We Energies is leading the cleanup of the heavily-contaminated former Solvay Coke site that forms much of the development site. The utility acquired the federally-designated Superfund site in 2017 in order to control the remediation process for which it is in part liable through its Wisconsin Electric and Wisconsin Gas subsidiaries. Shortly after acquiring the site for $4 million, the utility secured the popular urban exploration site with fencing and demolished the remaining buildings.

Solvay Coke & Gas, which ceased operations on the site in 1983, had used the 46-acre site for the manufacture of coke, a fuel generated from burning coal in a specialized oven.

The entire effort is expected to cost up to $15.9 million with contractor ENTACT performing the work. The Environmental Protection Agency and Wisconsin Department of Natural Resources approved the cleanup plan and are overseeing the effort. We Energies anticipates turning much of the site over to Komatsu for construction starting in spring 2020.

“Heavy equipment, unusual odors, workers in protective suits, and increased truck traffic may be noticed on and near the site,” warns the EPA in its Superfund status report. And sure enough, we have photographed workers in full body suits spraying a white foam on soil at the site. That work is intended to stabilize and solidify oily soil.

The cleanup effort, according to an EPA report, also involves excavating and disposing of possible cyanide-contaminated soil and material containing asbestos, removing pipes that pose a risk to surface water, installing a cover over 6.8 acres of the site and installing a groundwater monitoring well network.

“So far all the work has been as expected,” said We Energies spokesperson Brendan Conway.

The media relations manager told Urban Milwaukee that the site is very similar to other manufactured gas plants that the utility has already successfully abated. “We Energies has remediated a number of sites in Milwaukee, including the properties in the vicinity of E. Corcoran Ave. and N. Jefferson St. in the Third Ward currently occupied by DoMus Apartments, Gas Light Lofts/Corcoran Lofts and Jefferson Block Apartments and also at 25th and Mount Vernon where City Lights Brewing/Zimmerman Architectural Studios are located,” said Conway via email. “We have implemented the same remedy process (soil stabilization) at numerous sites in Wisconsin and Illinois and are quite comfortable with the process.”

Conway said the proximity to the Inner Harbor and Kinnickinnic River does not have an effect on the remediation work. “Nearly all soil needing stabilization is not near the river,” said Conway. The utility is retaining ownership of a 30-foot-wide strip running along the river and harbor to indemnify Komatsu against cleanup needs.

A remediation report shows the company considered remediation plans with costs ranging from $11 million to $24.7 million. A lawsuit between Cliffs Mining, formerly We Energies biggest customer, and the utility is ongoing after the mining company, which is also partially liable for the cleanup, said the utility’s cleanup strategy broke an earlier agreement. Cliffs owned the site until selling it in 2003.

We Energies declined to make a site tour available for this report.

The utility will recoup approximately $7 million by selling the site to Komatsu for its South Harbor Campus. 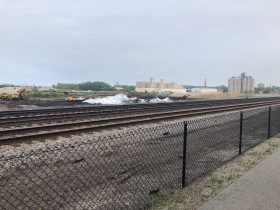 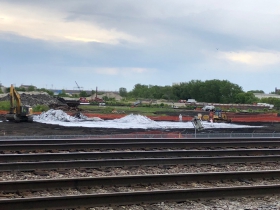 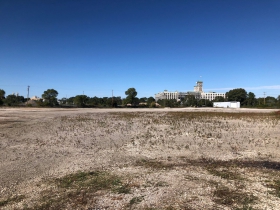