The Mystique of Wisconsin Dells 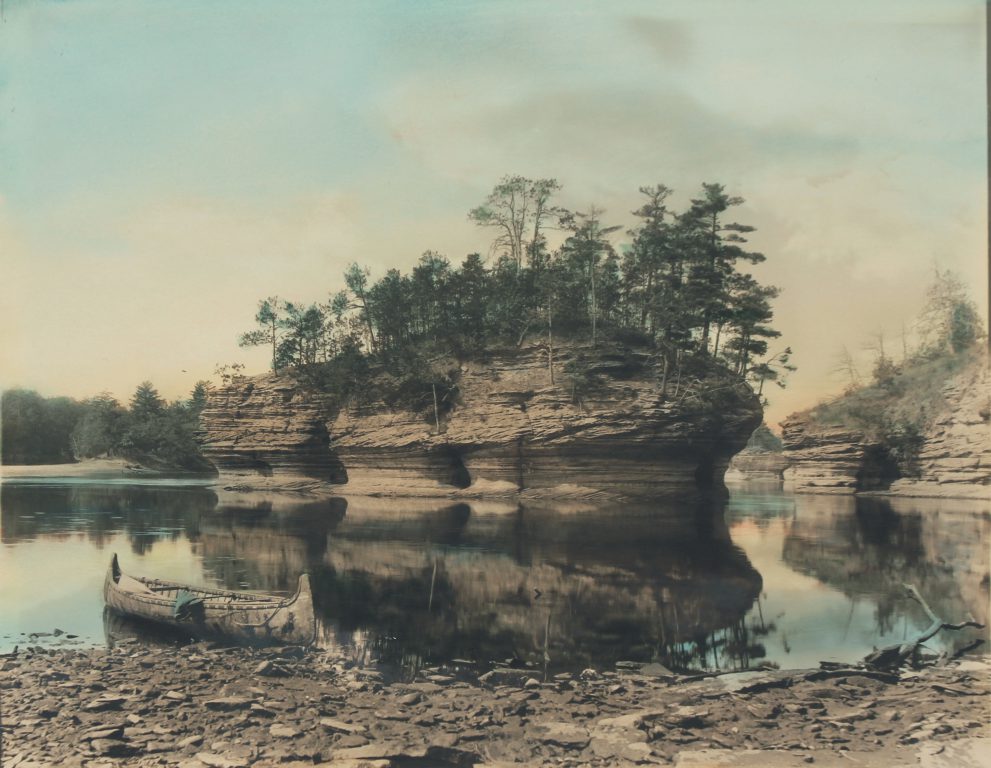 Much has changed in the Wisconsin Dells since influential photographer H.H. Bennett took his first photograph more than a century and a half ago. It’s now known as the “Waterpark Capitol of the World.” The Dells, with its streets lined with souvenir shops, is one of Wisconsin’s major tourist destinations, offering much more than just waterslides and knick-knacks.

The Wisconsin Museum of Art’s (MOWA) current exhibit, “Among the Wonders of the Dells: Photography, Place, Tourism,” on display in West Bend through September 8, showcases the Dells in all its glory. The exhibit features color and black-and-white photographs spanning nearly 160 years, taken by more than a half-dozen photographers. The artistic photos capture the area’s natural beauty, numerous waterparks and tourist-centered shops that line the city’s main street.

Part of the exhibit is dedicated to 19th-century photographers Leroy Gates and H.H. Bennett, widely considered the “fathers” of Wisconsin Dells tourism. See Gates’ cartes-de-visite, or photographic visiting cards, and Bennett’s immensely popular stereoscopic images of the Dells. Bennett photographed the area’s spectacular rock formations with special camera lenses, making the pictures appear three-dimensional to viewers, which was cutting-edge technology for the 1870s and ’80s. The postcard-sized images, along with Bennett’s spectacular large-scale panoramas of rivers, bluffs and other scenic geological formations, illustrate the photographer’s careful eye and innovative artistic strategies. After Bennett’s death in 1908, his family took over the studio. A handful of H.H. Bennett Studio photos of the Dells in the mid-20th century are still on display. Bennett’s studio remains a popular Dells tourist attraction to this day.

Mark Brautigam, Tom Jones, and Kevin Miyazaki capture the essence of the Wisconsin Dells in the 21st century. Brautigam’s black-and-white nature photographs display his subjects enjoying the great outdoors—sitting on a bluff or relaxing on a sunny beach. The Dells’ stunning natural landscapes remain a main draw for visitors, even in an era of smartphones, the Internet, video games and waterparks galore. 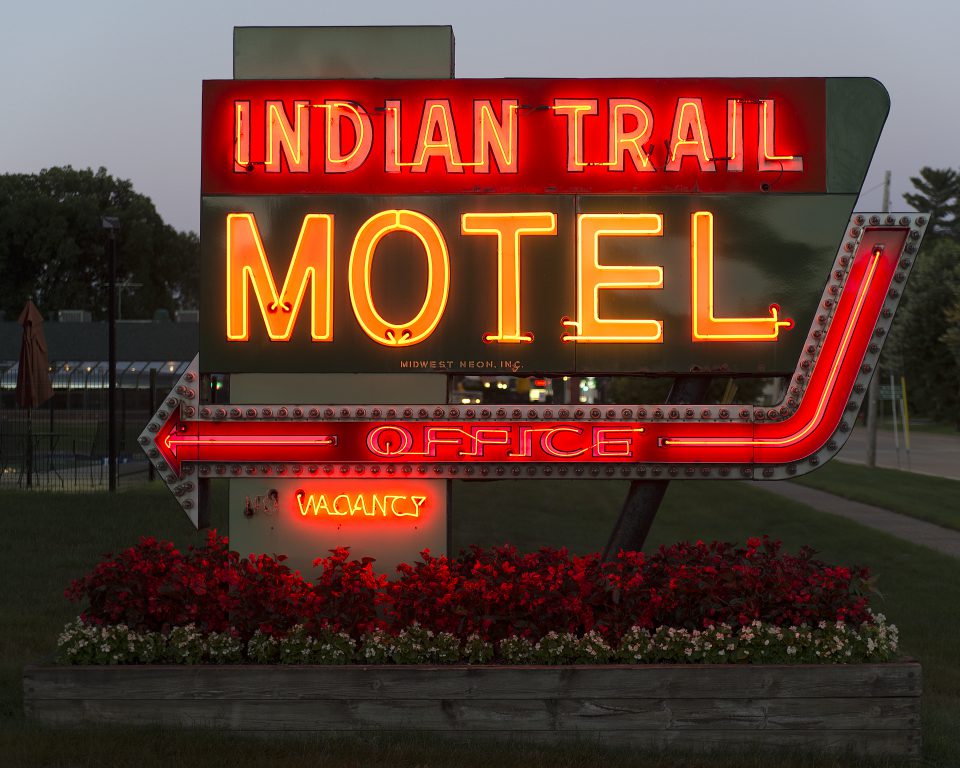 Jones, a member of the Ho Chunk Nation of Wisconsin, examines the way Native American culture is commercialized in order to promote tourism with his colored archival prints. Examples include a statue of a Native American chief standing outside a store with an illuminated “Moccasins” sign and motels with names like “Black Hawk” advertising heated indoor pools. Jones also gives his viewers a glimpse of small-town culture, past and present, with his photos of a New London school marching band getting ready to perform at an area festival, and a shuttered filling station covered with old gasoline and Dairy Queen ads.

Miyazaki’s rows of black-and-white portrait photos, recently taken at H.H. Bennett’s studio, harken back to 19th and early 20th century photography, with unsmiling subjects of different races, ages and cultural backgrounds. These photos highlight the Dells’ diversity and represent the people of all nationalities that come to the area to find work in the restaurants and at the numerous attractions.

Today, the Wisconsin Dells remains a vibrant destination, attracting tourists from all over the nation and the world. Through the lens of several talented photographers, MOWA’s exhibit captures this spirit beautifully.

“Among the Wonders of the Dells: Photography, Place, Tourism” Gallery 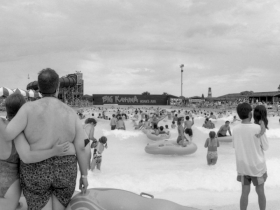 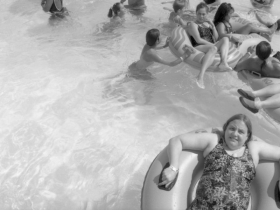 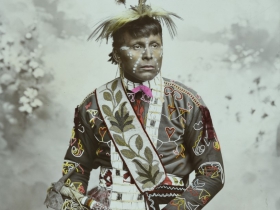 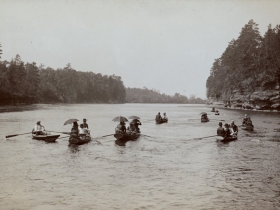 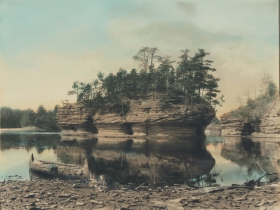 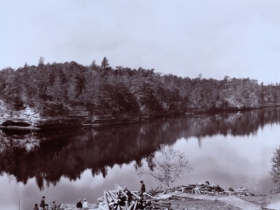 “Among the Wonders of the Dells: Photography, Place, Tourism,” through September 8, at the Museum of Wisconsin Art., 205 Veterans Ave., West Bend