Private operators must must file forms regarding any "drops". Next could be report cards. 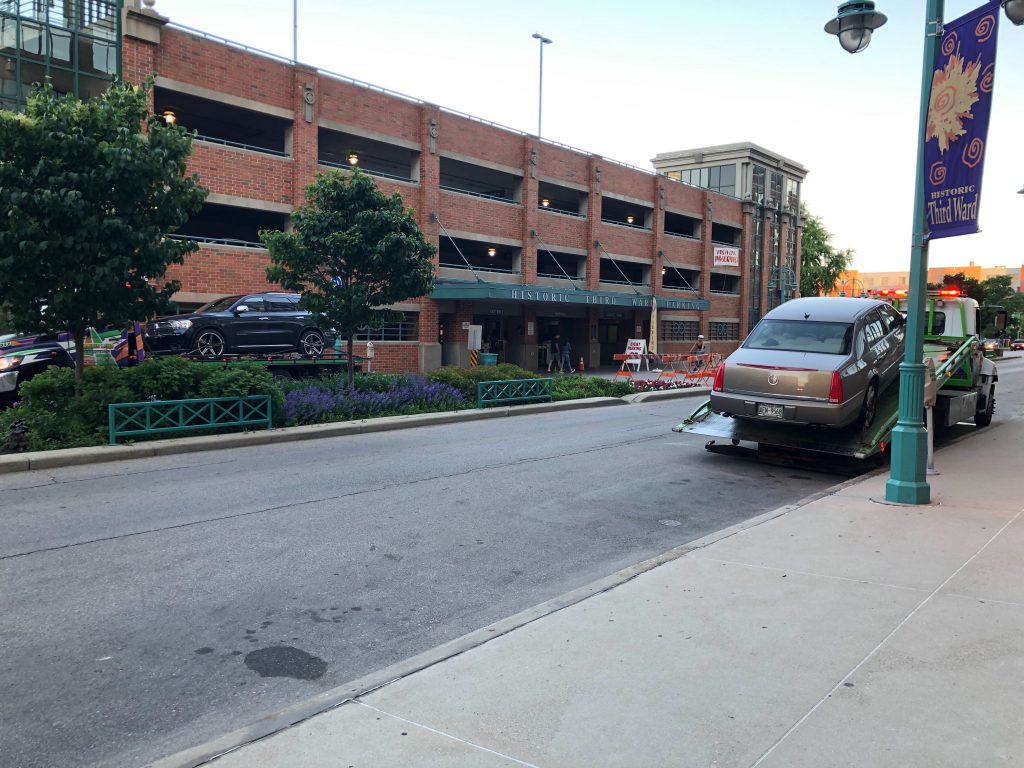 The Milwaukee Common Council has approved a change to tow truck regulations designed to increase transparency and set up a pathway for the Department of Public Works to create “report cards” for tow truck operators.

The city licenses tow truck operators operating on both city streets and private property. City code requires operators to allow those about to be towed from both private and public property to pay a $50 fee to “drop” the vehicle if the owner spots their vehicle being prepared to be towed before it is “fully hooked up.”

The new regulation requires the operator to submit a standardized form to the department every time a drop incident takes place. Drivers that are present for their vehicle being towed can sign that they paid the fee and received their vehicle back, or check a box that states they did not wish to pay to receive their vehicle back.

The drop process between tow truck operators and vehicle owners can become heated and is a common citizen complaint heard at license renewal hearings for tow truck operators. “We are aware of many complaints over time in which we have been informed that private towing companies in fact do not drop vehicles when they are legally required to do so,” said DPW parking services manager Thomas Woznick when the proposal was first heard in early June.

Michael Tarantino of Always Towing and attorney Tiara Oates from Maistelman & Associates said in late June that the existing code requires private operators to maintain the forms themselves and make them available to the Milwaukee Police Department upon request. “DPW is not a neutral party in the matter,” said Tarantino Thursday morning. “DPW is not licensing, they should not be involved in private industry.” He characterized DPW — which earns some revenue when it hires private contractors to tow away cars — as a competitor and said submitting the forms would give DPW competitive data that it could use to figure out where to tow vehicles.

Woznick said the companies today are only required to maintain the waiver forms for situations where the driver is present and declines to pay the fee. “Very few, if any, get declined” said the city’s parking czar. The proposal, said Woznick, is intended to improve the quality of tow operators and introduce consistency.

The drop fee was created in 2015 over the objections of the tow truck industry. “They come out, and now I gotta give them their car for $50?” asked Action Towing operator Muhammad Abdus-Salaam in testimony before the council that year. “If I can’t make enough money doing it, it’s not worth it for me to do it.” Action Towing still has an active city license.

The Common Council unanimously approved the proposal Tuesday morning after referring it back to committee to allow council members to consider amendments. No council member commented from the floor on the proposal.

The DPW report cards would include the number of tows requested, tows performed, submitted dropped waiver forms and complaints.

Gov. Evers Orders Flags to Half-Staff in Honor of Navy Fireman First Class Kenneth E. Doernenburg Who Lost His Life During the Attack on Pearl Harbor by Gov. Tony Evers