Lesley, Dolly and Me Too

Gore’s “You Don’t Own Me’’ is an empowerment anthem, Parton’s “Jolene” is not. Both are great. 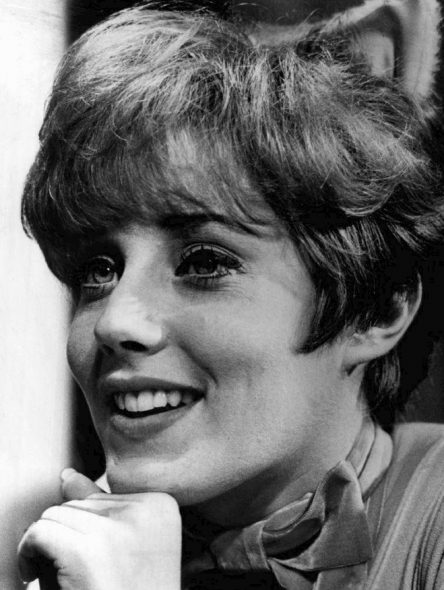 Lesley Gore. Photo is in the Public Domain.

Hop on my disjointed train of thought and I’ll show you how listening to an installment of a segment called American Anthems on NPR’s Morning Edition prompted thoughts of Dolly Parton.

One morning last week they covered the Lesley Gore song “You Don’t Own Me.” Powerfully sung by the late singer when she was all of seventeen, it’s a catchy-as-hell declaration of independence from all things patriarchal, which by the way, is not an NPR show. After more than 50 years, the song still rings true and is considered by some the anthem of the Me Too movement. It deserves to be.

It was written by John Madara and David White. I’m not familiar with either of these guys. It would be easy to comment on the irony of  men writing a feminist battle cry, but it wasn’t unusual back then for a man to write well from that perspective. Two great Aretha Franklin songs bolster my argument: “Do Right Woman, Do Right Man” was written by Dan Penn and Spooner Oldham. “A Natural Woman,” was written by Carole King and Gerry Goffin. Goffin did the lyrics.

In the segment, musicology professor Shana Redmond makes an interesting observation. She notes the song is made up entirely of declarative sentences. “There are no ellipses, no question marks whatsoever,” she says. “She is not mixing messages. You understand what she is saying from Line 1.” This might be what makes it such a solid kick in the pants. Produced by Quincy Jones, it wanders dizzily through a series of different keys, building right up to the end. Really, it’s perfection.

Lesley Gore was a powerful singer. To be so polished so young is a rare thing, and she only got better. I saw her at a Lincoln Center salute to Girl Groups where she more than held her own on a stage that also featured the great singers Ronnie Spector and La La Brooks. On her last record she re-recorded “You Don’t Own Me” It’s kind of the adult version and, like all things that go out of their way to declare their maturity, kind of dull. Listening to it on American Anthems, it was slowed down. That’s what more than a few artists do when they interpret a classic song. This case was extreme, she turned it into a dirge.

That approach has been done before and will probably be done again — I’ve rarely heard it work. This version by Gore plods, every word seems underlined and singled out for significance. An old rule applies, apparently unknown to bad actors and re-makers of classic songs: When everything is important, nothing is. The whole production screams self-importance, it’s almost but not quite, funny. I’m glad NPR  didn’t play the whole thing, it would have been hard to endure.

Thinking about the ill-advised dirge strategy, Dolly Parton popped into my head. I remembered a slowed down version of “Jolene”. You certainly wouldn’t want to do this to one of the world’s great joy generators, but someone did, in a way. They slowed the single down, from 45 to 33 ⅓ rpm and posted it to Youtube.

Listening to it was a revelation. I think Dolly is a national treasure, a monument to sass, strength and integrity. She’s all that and one of our great country singers, if you must limit her to genre. Listening to this track allowed me to analyze her voice in microscopic detail. The things that fly by when she sings, little trills and grace notes, became easy to track, revealing a technique other singers would envy. Once I got used to the mannish, lower voiced Dolly, my appreciation of her singing did something I never thought it could — it increased.

“Jolene” is already a pretty haunting song, but it’s hardly a ballad of empowerment. One woman begs her more beautiful rival to not steal the man her life would be meaningless without. If this wasn’t a song sung by a great artist, it would be an insult to right thinking women and men everywhere. Consider the crazy logic of music. Something you know is so wrong can sound so doggoned right when it’s sung perfectly. Bypassing the rational part of the brain it aims lower — and lands in the heart. If yours doesn’t ache when you listen I would recommend therapy.

Now, if someone out there knows Dolly, please let her know there’s an eager fan out there with just one request. Please sing “You Don’t Know Me.” At any speed it would be a killer.