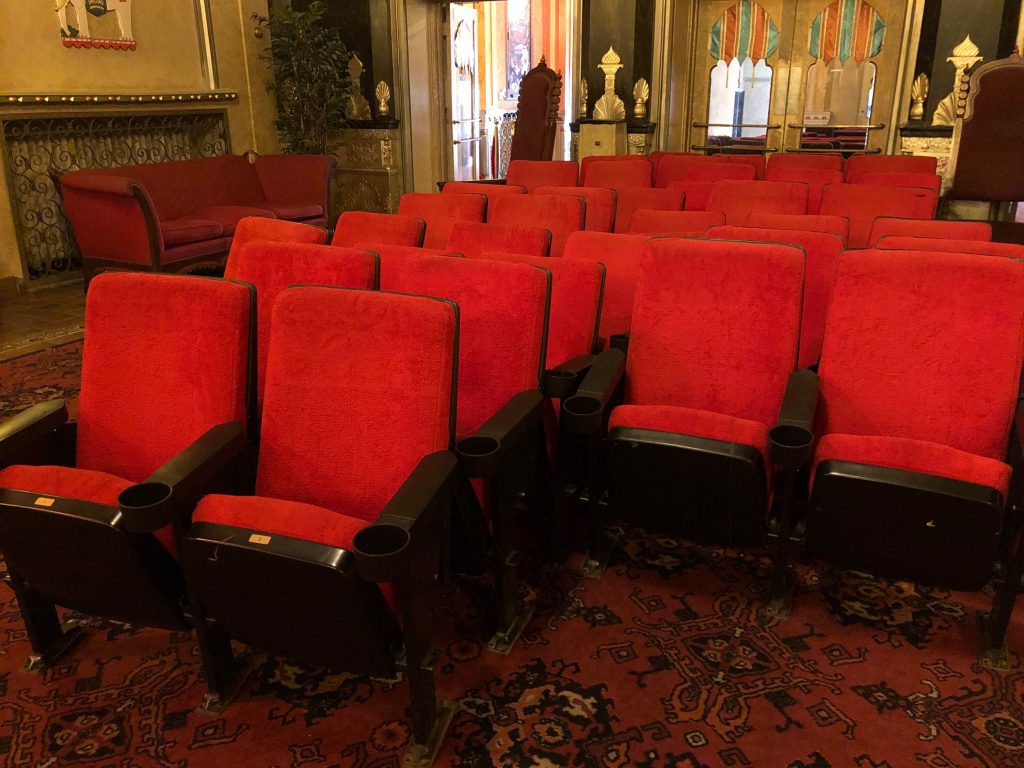 Whether you’re a history buff or a movie buff, you can now bring your home cinema one step closer to movie theater quality.

Milwaukee Film is replacing the seats in the Oriental Theatre as part of the second phase of its $10 million effort to restore the theater and establish an endowment.

Seats from the 220-seat west theater have now been removed and are available for $25 each. They’re for sale in the theater’s lobby until 9 p.m. Thursday and again from 10 a.m. until 6 p.m. Friday.

The seats were originally installed in 1986 as part of the conversion of the single-screen theater into a 1,080-seat main theater with two 220-seat side theaters.

Before new seats are installed, contractors will regrade the floor to improve sight lines, make sound-dampening improvements between the theaters and install a sprinkler system. By the end of summer new seats from Michigan-based Irwin will be installed. While they’ll be almost the same size, the non-profit promises they’ll provide a substantial upgrade in comfort.

At the same time, the lobby will be getting an upgrade. The concession stand, which also dates back to the 1980s, will be supplanted by a historically-sensitive replacement with a more efficient design and accessibility improvements designed to better accommodate the large crowds that form during the festival and other marquee screenings. The Kubala Washatko Architects is handling the design of the facility’s upgrades.

The 2019 Milwaukee Film Festival will run from October 17th through October 31st. 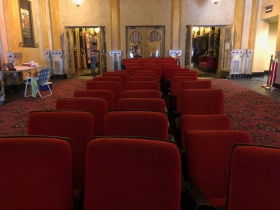 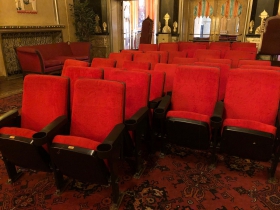 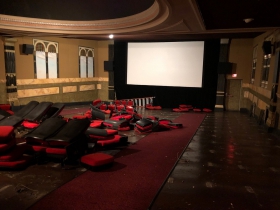 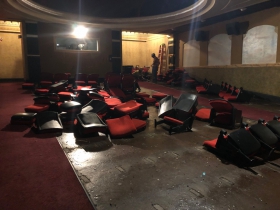 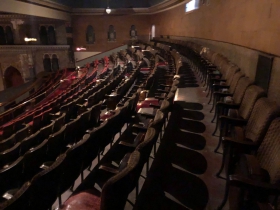 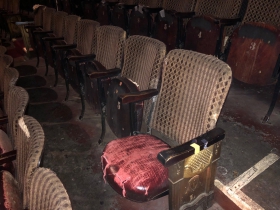 If seats from the 1980s are too comfortable or not old enough for you, phase three of the organization’s plan to overhaul the theater will provide you a chance to go way back. The organization plans to sell seats from the balcony, dating back to the theater’s opening in 1927, next year as part of a rolling upgrade plan to replace all of the seating. But beware, as anyone who has sat in the balcony in recent years can tell you, there is a reason they’re being replaced. They’re much smaller and are well used. But historic!

Work will take place on a rolling basis on the other theaters to ensure that the theater continues to be able to operate year-round.

A 1925 Wurlitzer pipe organ is being prepared to be installed in the theater. The theater lost its prior organ, a 1931 Kimball, because the non-profit group that owned it had it removed prior to Milwaukee Film taking over the theater. It was originally from the Warner Grand Theatre that is now being redeveloped by the Milwaukee Symphony Orchestra and was installed in the Oriental theater in 1991. The theater’s original organ was removed in 1959.

Milwaukee Film acquired a 31-year-lease for the theater from building owner New Land Enterprises in 2017 and took possession of the theater in July 2018. As part of the first phase of upgrades, the non-profit replaced the projection equipment and rebuilt and expanded the first-floor restrooms.