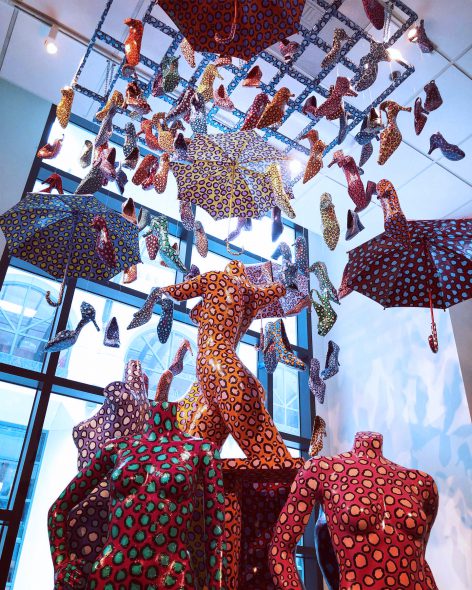 The Museum of Wisconsin Art (MOWA) has a new downtown exhibition space at the recently-opened Saint Kate Arts Hotel, and the first show has a very appropriate title: “Downtown.” On display through September 8, the exhibition focuses on the history, architecture and present social climate of downtown Milwaukee, and also its surrounding neighborhoods.

“It considers the vibrant historic traditions of Milwaukee’s core as well as the social realities that characterize its urban environment,” said Laurie Winters, MOWA executive director and exhibit curator, of the “Downtown” exhibit.

Brautigam’s archival pigment prints of the Klement’s Sausage headquarters and the Port of Milwaukee portray the industrial side of Bay View and capture the original blue-collar feel of a now-trendy neighborhood lined with coffee shops, bars, artisan shops and hip restaurants. Brautigam’s prints, coupled with Lenz’s incredibly realistic oil paintings (including “Empty Lot,” which depicts a young boy picking up trash in an abandoned parking lot while cars drive by) are contrasted with Brema’s brightly-colored archival prints, which feature the glitz and glamor of a big city on the water, lit up nightly by thousands of lights. Like any large urban area, Milwaukee is a city of many faces.

Carr’s piece, a moveable rack filled with the artist’s postcard-size prints of Milwaukee industry and neighborhood gatherings, invites his audience to take a momento of the “Downtown” exhibit with them. 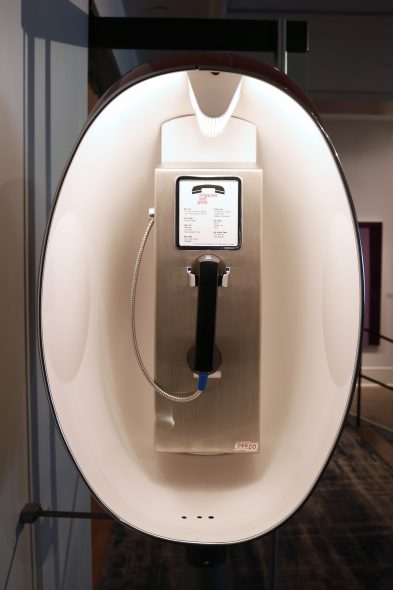 Klassen’s “Air Conditioner” (a reproduction of an air conditioning unit, made of wood and metal) and Keith Nelson’s “Untitled” (a collection of recycled wooden boards) could represent materials and features found in older Milwaukee homes—and on city curbs, ready for trash pickup.

Digital video documents Milwaukee’s rich and diverse history. Cobb, an artist and associate professor in the department of film at the UW-Milwaukee’s Peck School of the Arts, has utilized old postcards and modern footage of the city, including an Amtrak train rolling down the tracks, in her 2019 digital video, “13 Observations (of Downtown).”

Meuninck-Ganger and Stern’s 2013 “Landscape Portrait,” (digital video displayed over what appears to be black-and-white drawings of figures) takes its audience on a journey through three neighborhoods near downtown Milwaukee, and examines the relationships residents have with their community.

Michels, who designed the hotel’s Canvas Room, decorated completely in multicolored leopard spot patterns, brings the same droll yet playful approach to his large-scale sculpture “Downtown Women,” in a room separate from the rest of the exhibit. Headless figures painted with red, orange, teal, purple and pink leopard spots are placed below what seems to be a “shower” of similar-patterned umbrellas and high-heeled shoes.

St. Kate Hotel is all about art, with an artsy upscale bar/lounge area, several art gallery spaces, and even an “Art O’Mat,” in which visitors can deposit $5 to receive a small memento from artists and artisans like Carolina Corona, Jessica Plesko and Sarah Whittington. It’s also about as downtown as you can get, which makes it the ideal place to display an exhibit that celebrates Milwaukee’s downtown and surrounding areas, its past, present and future. 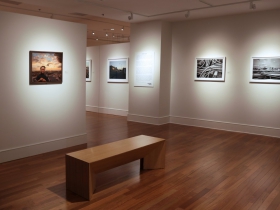 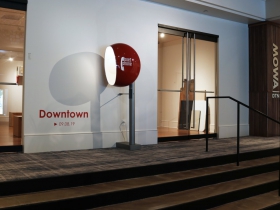 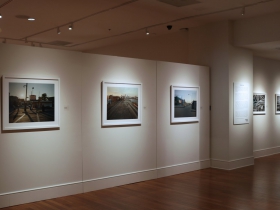