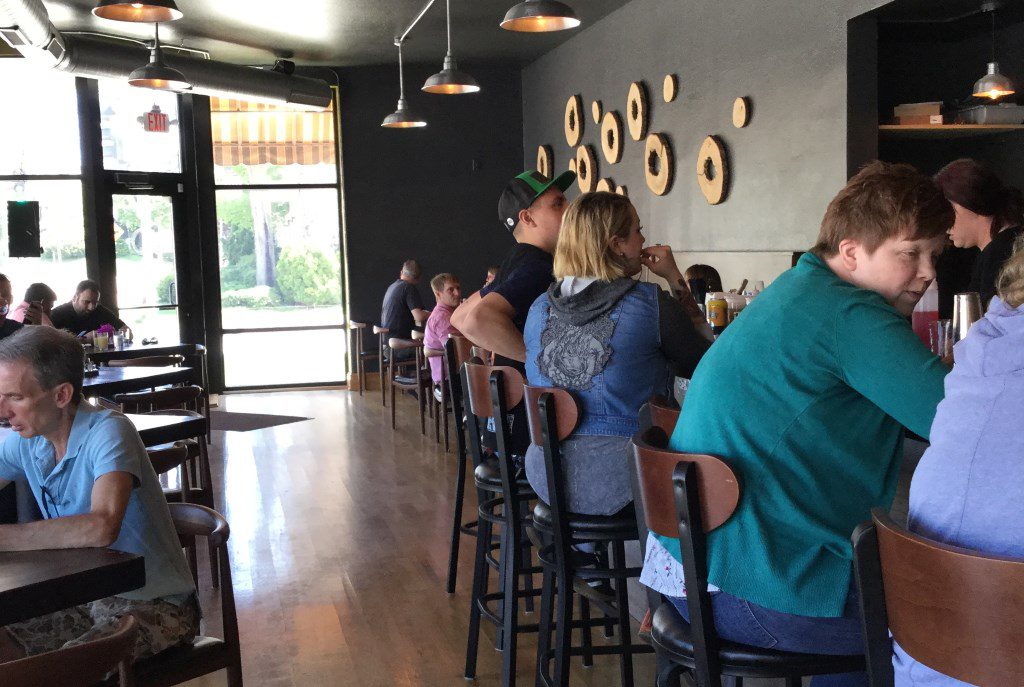 Every detail you see when you step inside Wild Roots pays homage to the name of this earth-centric restaurant located in West Allis. There are three deer sculls with their antlers, boards on the wall with simulated roots that dangle, and slabs of maple wood cut from the tree trunk, or “tree cookies,” as we knew them at Riveredge. The décor speaks to Chef Thi Cao’s purpose to serve clean, simple flavors that reflect his reverence for the natural world.

As much as possible, Chef Cao stays with Wisconsin foraged and farmed produce, what the Wild Roots website calls “Seed to Table.” The chef partnered with Big City Greens to bring the best, freshest, and often, most unique produce to the table at his restaurant.

For example, he used the curled leafs of a young fern, called fiddleheads, in the Vegetable Hash Bowl — the Daily Special on my first Sunday brunch visit. The bowl was a riot of flavors; filled to the brim with fiddleheads, squash, broccoli, cubes of soft tofu, two poached eggs and hollandaise. The tight circles of crunchy fiddleheads had a grassy taste, like young asparagus tips, and acted as highlights for the dish. We noted the promised morel mushrooms were missing, so we queried our server, who clarified the reason for the apparently absent morels. They were present, in a powder, made from last years’ crop, crushed, and wafted onto the dish, a subtle nod to morels.

The Daily Special Omelet also promised morels, as did the Wild Mushroom Omelet, which turned out to be filled with buttons. Despite these nitpicking details, both omelets were delicious once we decided to overlook the missing “Wild.”

I returned a week later on a Sunday to give brunch a second look. Things couldn’t have been more different. Starting with the fast turnaround for our food: It took 17 minutes for Crispy Pork Belly and Curried Braised Butternut Squash Benedict to come to the table, instead of the 50 minutes which we had experienced the week before. These elegant, yet simple dishes were flawless in presentation, shoutouts to what’s possible with basic ingredients done to perfection. The pork belly had the right balance of meat to fat, the accompanying creamy cheesy grits were enhanced by barrel-aged maple syrup, the baby kale tasted of the garden and the runny yolk in the sunny-side-up-egg enriched the dish and brought all the flavors together.

As for the Benedict, it might have been the best brunch dish I’ve enjoyed since forever. The combination of sliced, curried butternut squash and sautéed kale, topped with hollandaise and poached eggs, left me without adequate words to describe this masterpiece, an example of the best a chef can achieve with a Benedict.

When I returned for dinner a few days later, my companion and I shared Fried Bulgogi Meatballs, a popular Korean dish usually made with thinly sliced marinated steak. For this dish, the chef fried 10 small meatballs made of beef and wild boar, and then served them in a bowl with a soy-based broth that tasted slightly sweet, with notes of ginger, toasted sesame oil, and something that added spicy heat. The combination of those profoundly tender meatballs and the accompanying sour kimchi created a luxurious flavor meant to be savored slowly with each bite.

Our entrees, Crispy Aged Duck Breast and Parisian Gnocchi, were equally amazing. The duck breast, as tender as the finest Wagyu fillet, served with curried squash puree, sautéed kale, baby peas, and pearl onions, came on a flat slate plate in an artistic presentation. The ring of squash kept the juice from the duck on the plate, while the hint of curry accentuated the flavor. An orange sauce completed this tour de force. It was a memorable meal that took duck breast to new heights of deliciousness.

The gnocchi, served in a bowl with mushroom broth, was light, not an easy accomplishment when you work with potatoes, eggs, and flour. Thanks to a suggestion from our server, I ordered grilled sourdough to soak up the broth, an addition I highly recommend because you won’t want to leave behind a drop of this sumptuous broth. Shiitake mushrooms, pieces of butternut squash, and baby peas, added more textures and flavors to this awesome, yet simple dish made with basic ingredients.

For dessert we shared a bowl of banana bread pudding with nutty salted caramel sauce, vanilla ice cream and whipped cream. The pudding was light enough to absorb the sauce, creating a flawless dessert, salty, sweet, creamy, crunchy and decadent.

There’s a drink menu with cocktails appropriate for brunch with three Bloody Marys, a Screwdriver, a Mimosa, and a Tequila Sunrise; as well as dinner cocktails which include a Maple Old Fashion, a Manhattan Rum Punch, and several more craft cocktails. There’s a brief wine list, beer, soda and Sprecher Root Beer.

They tweak the menu often as things come into season. For example, the fiddleheads in the Sunday Daily Special will disappear as wild ferns unfurl and mature. They plan to redo the menu monthly as seasonal produce arrives in the kitchen.

Wild Roots, simply put, deserves a rave; it’s an extraordinary addition to the growing list of restaurants in West Allis. 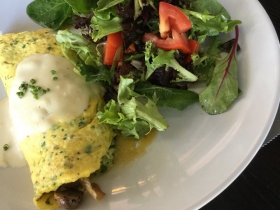 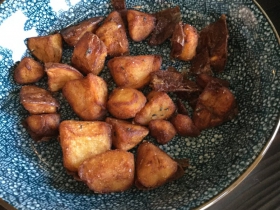 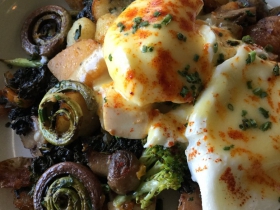 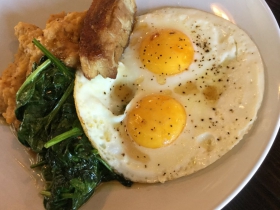 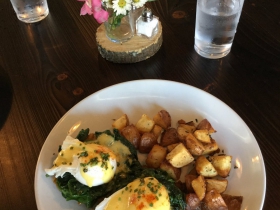 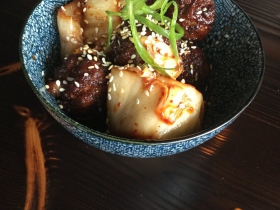 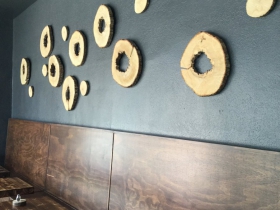 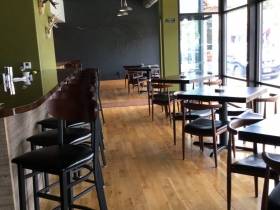 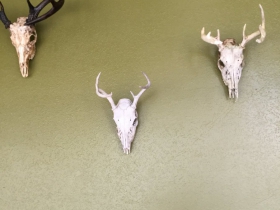 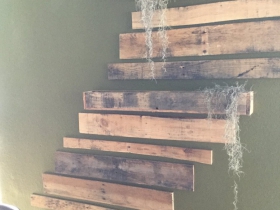 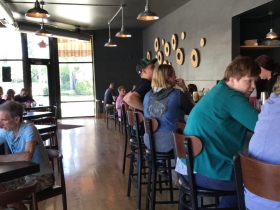 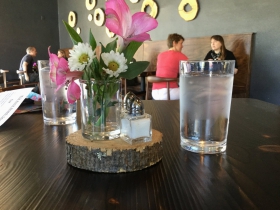