Visions of a Redeveloped M&I Tower 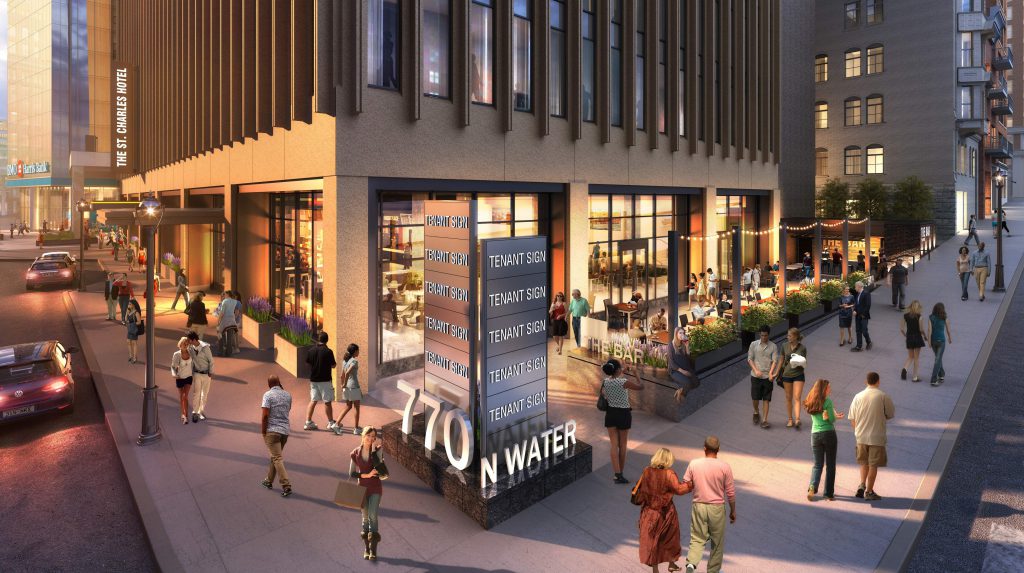 When BMO Harris Bank bought M&I Bank in 2010 no one was quite sure what would happen to the corporate footprint of what was Wisconsin’s biggest bank.

“BMO when it hit the ground, it started sprinting,” said Mayor Tom Barrett of the company’s continued commitment. Barrett was speaking at a ceremony celebrating the most visible sign of that commitment, BMO’s new, 25-story office tower being developed by Irgens Partners at 790 N. Water St.

But as part of that new development, BMO isn’t taking the wrecking ball to its longtime home immediately south of the new tower.

Irgens acquired the 20-story building as part of the $137 million deal and is finalizing plans to redevelop the tower, built in 1968, as part of creating a 700,000-square-foot office campus including both the new and old home of BMO.

The old tower that Irgens is redeveloping lends itself to be being split into two, with two elevator banks servicing different parts of the 20-story building. The firm is in discussions with housing developers about using the lower 10 floors as apartments.

The upper floors could become office space. “We haven’t decided if we might redevelop the whole thing as offices,” said Irgens president Mark Irgens in an interview.

It’s not likely to be a hotel, though. “We have been having discussions with hotels for the project, but that hasn’t been very successful,” said Irgens. Renderings released Tuesday by Irgens tease it as the possible site of the St. Charles Hotel (a reference to a historic, former occupant of this downtown site), but that’s not likely to happen.

But one thing is certain: the building will soon look very different. The firm is about to begin cleaning the stone columns that run the length of its facade. As part of the lease agreement with BMO and Michael Best & Friedrich in its new tower, Irgens also must replace all of the windows in the existing tower. Why? “They want it to look great,” said Irgens. The new tower, after all, is next door to the old one. Irgens says a lighter, more translucent glass will be installed to replace the old tower’s windows.

A small, existing building will be redeveloped to link the two towers. Irgens noted that once complete the combined development will include over 700,000 square feet of space, making it the second largest multi-tenant office complex in Milwaukee. Multi-commercial tenants, including at least two restaurants, are planned for the first level.

Irgens also told Urban Milwaukee that due to asbestos and other design issues the building’s interior will be almost entirely gutted. Marble lobbies and other signature elements will be maintained, but the eventual plan will focus on creating a modern building from the 51-year-old tower.

A new parking structure will be constructed atop the surface parking lot at 769 N. Broadway to service the redeveloped tower. That 14,400-square-foot lot, formerly owned by BMO Harris, is currently assessed at $907,000. But first the lot will be used for construction staging for both the new tower and redevelopment of the old tower.

Design work on the project is being led by Kahler Slater. 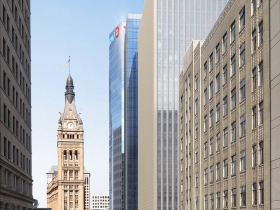 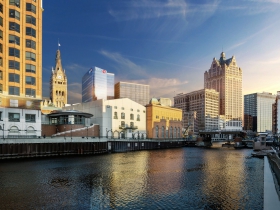 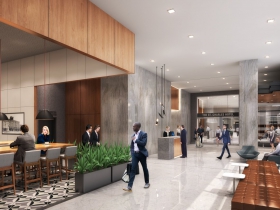 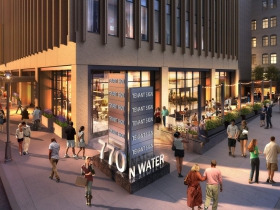 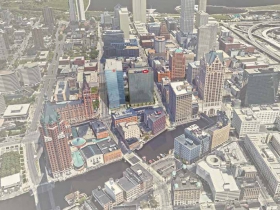 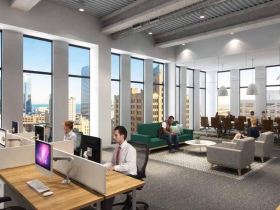 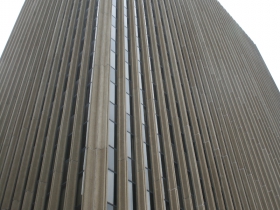 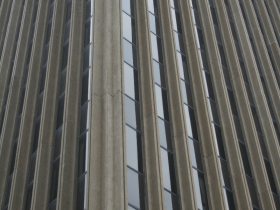 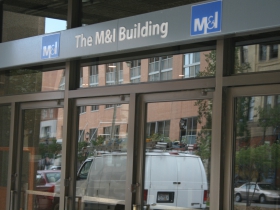 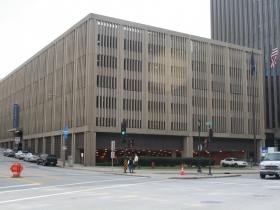