By Laurel White, Wisconsin Public Radio - Jun 18th, 2019 12:58 pm
Get a daily rundown of the top stories on Urban Milwaukee 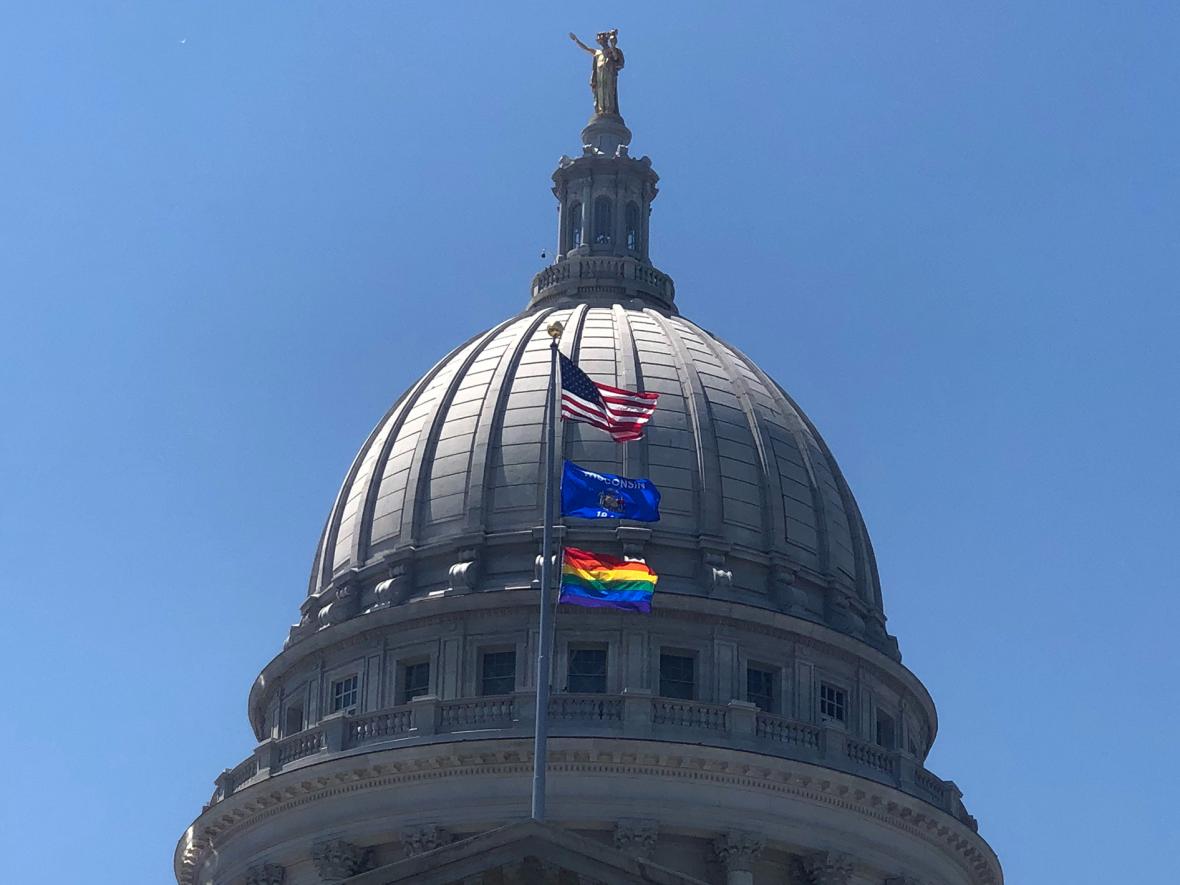 The governor, state lawmakers and members of the LGBTQ community gathered Monday at the state Capitol to celebrate Pride Month in Wisconsin and push for more state laws to protect and support the lesbian, gay, bisexual, transgender and queer community.

Gov. Tony Evers declared earlier this month that the gay pride flag would fly for the first time over the Capitol and state buildings for the month of June.

During a press conference on the Capitol steps, transgender activist Elle Halo of Milwaukee spoke about the dangers that black transgender women face.

“We know what it is to live each day where even a simple errand can become a tragic instance of violence,” Halo said, before reciting the names of transgender women killed across the country so far this year. 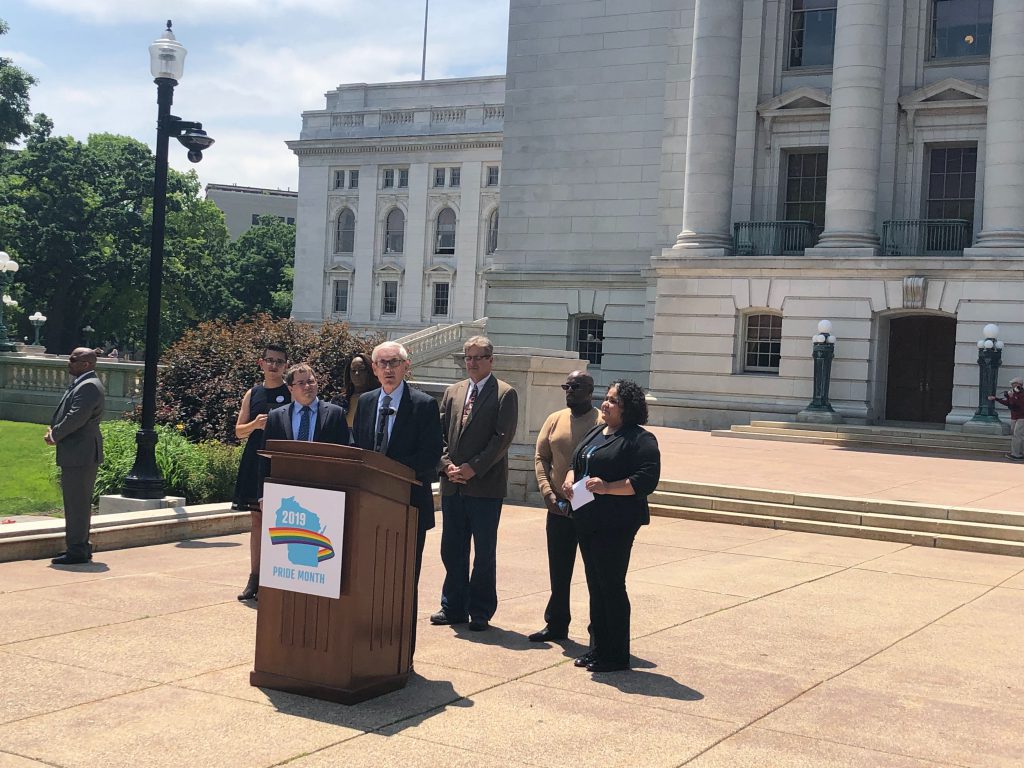 The governor, state lawmakers and members of the LGBTQ community gathered at the state Capitol on Monday to celebrate Pride Month in Wisconsin and push for more state laws to protect and support the lesbian, gay, bisexual, transgender and queer community. Photo by Laurel White/WPR.

Sergio Domínguez Jr. of Madison said lawmakers need to take action to prevent those acts of violence and other forms of discrimination.

“I implore you to support legislation that explicitly recognizes our existence and explicitly protects us,” Dominguez said.

Those proposals include plans to:

The bills have yet to be heard before legislative committees.