The Funky Legacy Of Dr. John

The genius has passed away, but songs like “Qualified” will never die. 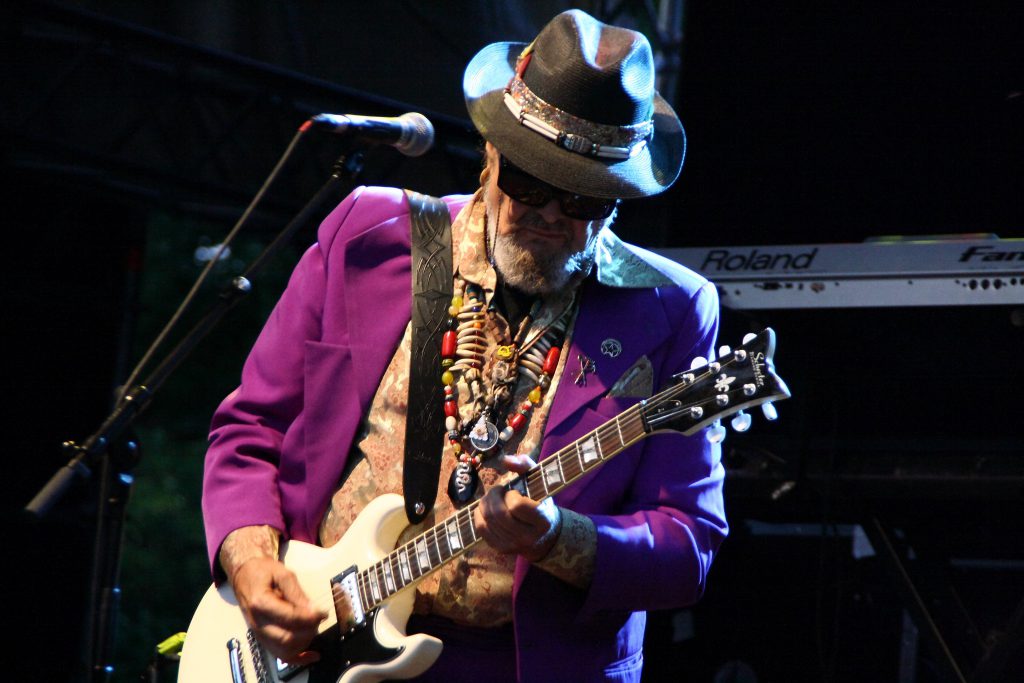 Dr. John and Leon Redbone both gone now. The world is moving on from their deep sense of history and their joyful brand of handcrafted music. It’s inevitable but no less sad. Luckily both recorded a lot of music, they even recorded together, singing a duet of “Frosty The Snowman.” At some point in the future there may be a rethinking of what is important and mystique will be reattached to man-made beauty. Or not.

Dr. John was a virtuoso on the piano and though I haven’t heard much of his guitar playing he was said to be pretty sharp on that instrument. (He once borrowed mine at Summerfest saying he had a little itch he needed to work out on that instrument.) His skill on the keyboard never overshadowed the fine songs he sang, many of them his own.

It didn’t hurt that he had one of the most memorable voices ever recorded. If you’re a fan of American music, you already know an outrageous number of signature stylists came from his hometown. Walker Percy talks about the very particular ingredients that make up the New Orleans patois in his introduction to John Kennedy Toole’s novel, A Confederacy Of Dunces. NOLA is more than a southern city, attracting people who weren’t welcome elsewhere, like Arcadians (Cajun) from Nova Scotia. It’s Creole, Indian, French, Caribbean. Percy even detects some Brooklynese. Whatever it is, Dr. John had it and I’m a sucker for it.

In his own songs Dr. John cast himself as a streetwise fabulist, a hipster sneaking out back doors and or stealing his best friend’s girl. An expert mangler of grammar and syntax, he was easily as quotable as Willie Dixon or Bob Dylan. A paid-in-full member of the New Orleans Truth Stretchers, he never met a shaggy dog he didn’t adopt. His song “Qualified” illustrates perfectly this skill. Here are the lyrics but I must caution that I’m guessing on a few:

All I’ve got is a little bit of common sense
I believe in my heart, the best e.d. is experience

Look out kid
Just make a little room for…

Look at me, I’m filling up in class
And you better watch out, I’m stepping up fast
And I ain’t a jacket on me, I’ve been hanging out in the projects
Hangin’ out with all you rednecks
you rubbernecks and rejects…

Dr. John’s personal life wasn’t anything to qualify him for public office. It included decades of heroin addiction and two years in prison. But he was remarkably productive despite the dramatic circumstances. When he got out of prison he headed west, joining other great New Orleans musicians like Earl Palmer and Lee Allen in L.A. playing sessions and working on his own creation. It was there he transformed from Mac Rebbenack into the much more colorful character, Dr. John. The new look included beads, feathers, skull-topped walking sticks and, at least on one occasion when I saw him, a huge boa constrictor he danced onto the stage with. I’m glad I wasn’t his roadie.

Let’s leave off with something from his first solo record “Gris Gris,” the long voodoo incantation “I Walk On Guilded Splinters”. A great title for a horror movie or a song, it’s a down-tempo, one-chord riff that conjures images of strange spirits — easy to do if you are, as Dr. John proclaims “le grande zombie.” It has about as much New Orleans crammed into it as you can fit in one song and like all good zombie movies, its terror is mixed with subtle comedy.

Mac was a singularity of cosmic proportions and luckily for us, there is one last recording in the pipeline. We’ll be looking for that. Thelonious Monk famously said, “A genius is the one most like himself.” Mac Rebbenack and his unforgettable alter ego, Dr. John The Night Tripper, pass that test easily.

One thought on “Sieger on Songs: The Funky Legacy Of Dr. John”