With the help of a federal grant, city officials hope to install 500 new racks annually. 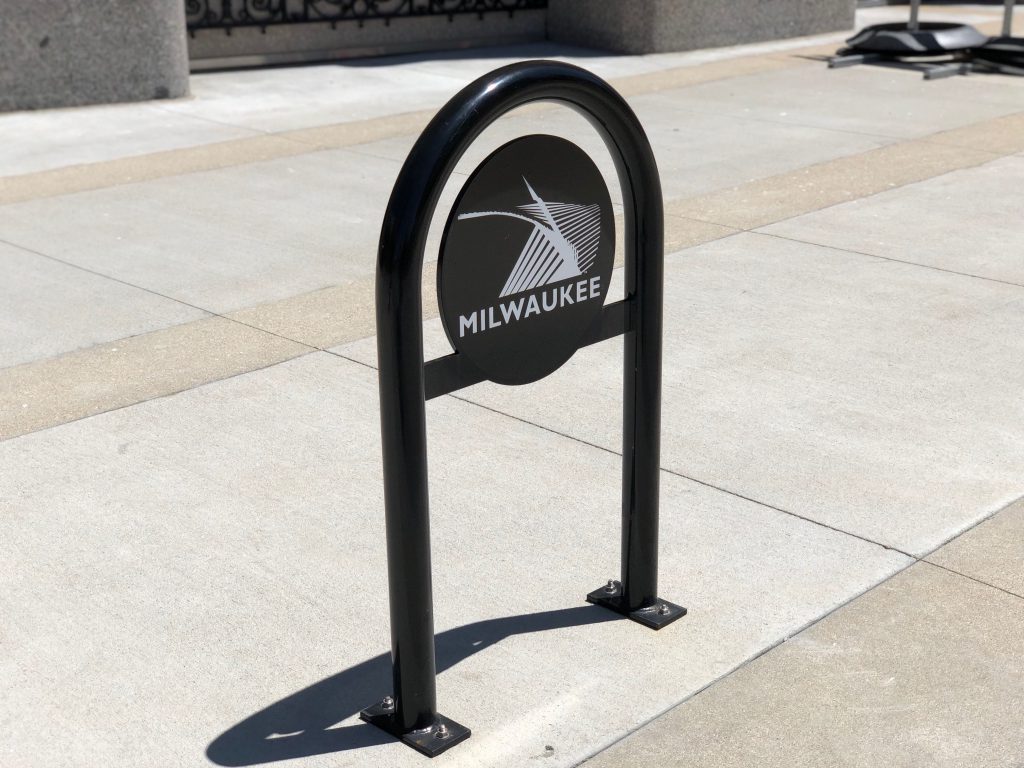 It’s about to get easier to find a place to park your bicycle.

The City of Milwaukee has purchased approximately 4,000 new bike racks and plans to install approximately 500 a year. The new racks, which include the popular U-shaped racks as well as mounted racks to attach to poles and parking meters, were manufactured by Northway Fence in Menomonee Falls.

The program was funded by a $586,000 federal Transportation Alternatives Program grant and $117,000 local match (20 percent). The grant follows a prior grant-funded program that added 2,000 bike racks to city streets, but had long since run out.

The Department of Public Works intends to place the new racks based on community requests as well as in areas lacking bike parking or where existing racks are deteriorating.

A DPW representative said the city views providing bike parking as a key factor in encouraging more people to bike.

Have an idea where a rack should go? The city has an online request form. Racks must go on public property and have at least a 2′ by 6′ open space around the rack to accommodate two parked bicycles.

The new program includes a number of decorative bike racks. The city has installed 10 decorative racks across Downtown, referred to as a “mini pilot” by a DPW spokesperson, that include a City of Milwaukee logo inside of a traditional U-rack. A similar pilot is planned with the pole-mounted racks.

The news of more bike racks comes as the city is coordinating the installation of 26 new Bublr Bikes stations and working through the implementation of its new Complete Streets Policy designed to encourage more walking and cycling.