Milwaukee's most colorful parade had tons of floats and a one-block-long rainbow flag. 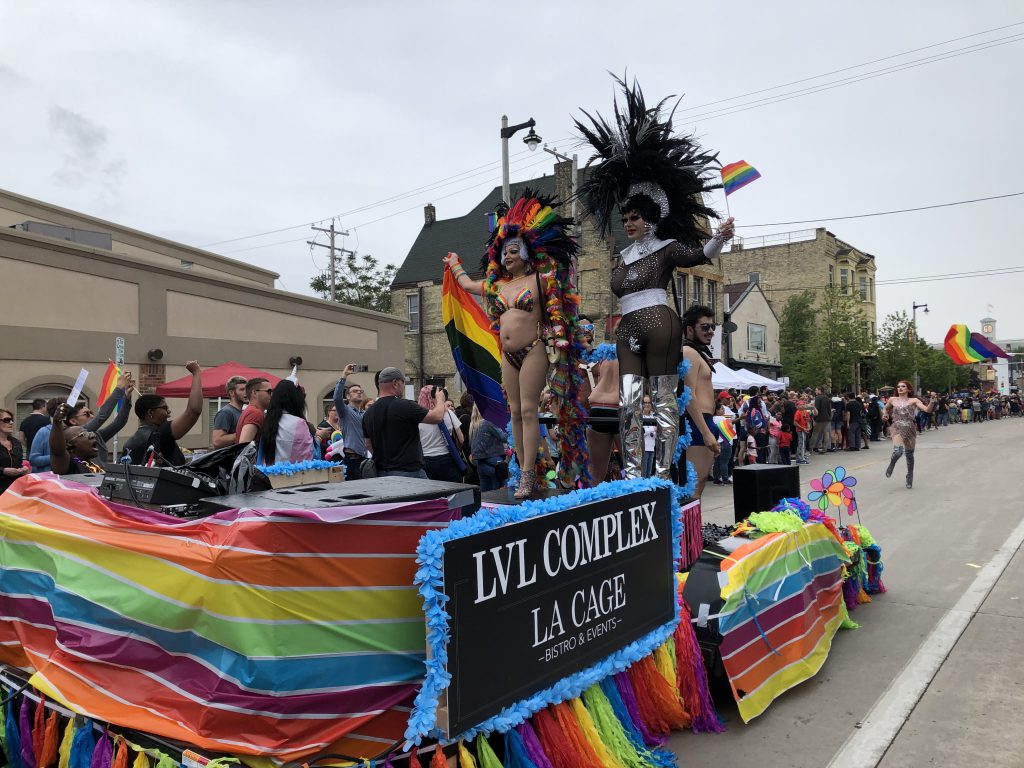 Stop-and-start rain didn’t dampen the spirits of the thousands in attendance at the 15th annual Milwaukee Pride Parade on Sunday.

The parade ran straight north on S. 2nd St. and featured dozens of floats honoring the history of the fight for equality for the LGBTQ+ community and celebrating diversity. Floats came in all shapes and sizes, and from a wide range of organizations. Participants included groups ranging from Northwestern Mutual and The Pedal Tavern to Woody’s bar and an anti-circumcision group. In between plenty of politicians walked the route shaking hands, including Lieutenant Governor Mandela Barnes and Mayor Tom Barrett. The parade, as always, ended with a contingent of people carrying a nearly one-block-long rainblow flag.

The event is not formally affiliated with PrideFest Milwaukee, although both operate on the same weekend and attendees come and go between the two events.

The volunteer-led parade, which ironically has the straightest route of any Milwaukee parade, is operated by the non-profit Milwaukee Pride Parade, Inc. That joke took on a slightly more somber tone this year as a group in Boston, led by a right-wing activist, is planning to host a “Straight Pride” parade to celebrate heterosexuality. The parade is already being mocked by talk show hosts and columnists. Brooklyn-based actress, writer and comedian Eva Victor‘s mocking video on Twitter has over 7.5 million views. 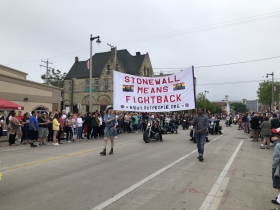 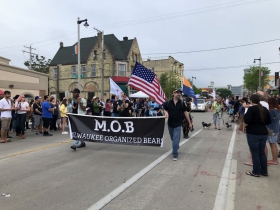 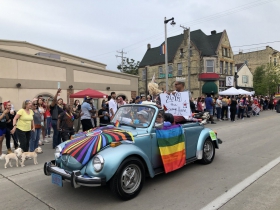 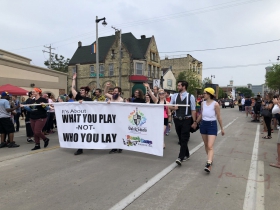 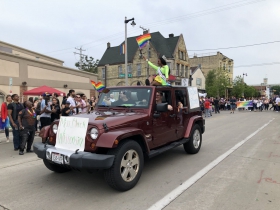 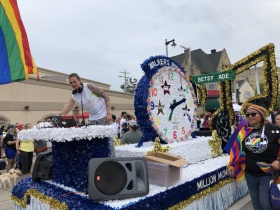