Call on Congress to fund lock and dam to prevent carp from getting into Great Lakes.

By Danielle Kaeding, Wisconsin Public Radio - Jun 8th, 2019 11:31 am
Get a daily rundown of the top stories on Urban Milwaukee 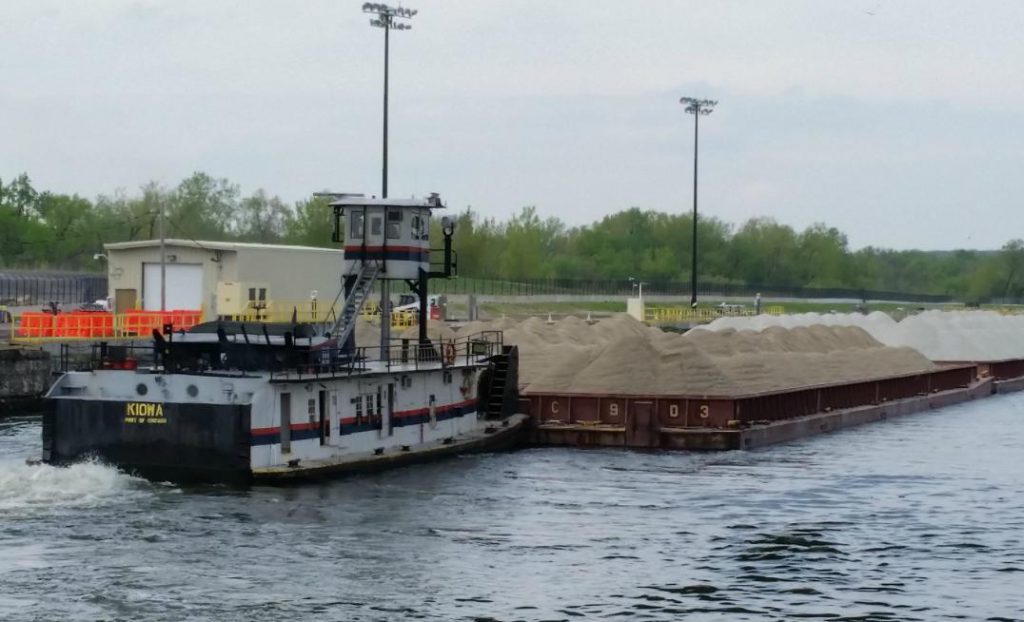 Great Lakes mayors are calling on Congress to fund a nearly $831 million plan at the Brandon Road Lock and Dam near Joliet, Illinois, to prevent Asian carp from spreading into the Great Lakes. The Great Lakes and St. Lawrence Cities Initiative wants additional defenses like noisemakers and an electric barrier installed there within the next several years.

Great Lakes mayors signed a declaration Thursday calling for action on Asian carp at their annual conference in Sheboygan.

“We, the mayors of the Great Lakes and St. Lawrence Cities Initiative, are calling on the U.S. Congress to immediately provide the investment needed to move to install the anti-carp measures at the Brandon Road Lock and Dam and complete the project no later than 2022,” said Niagara Falls Mayor Paul Dyster at the signing. “We’ve waited long enough.”

The U.S. Army Corps of Engineers recently recommended the plan in a report forwarded to Congress. Preconstruction, engineering and design on the project is currently set to finish by 2023, according to a Corps spokeswoman.

The Brandon Road Lock and Dam is considered a potential pathway between the Mississippi River and Great Lakes Basins for the invasive Asian carp, which is known to outcompete native fish for food. Recently, the U.S. Fish and Wildlife Service found evidence of environmental DNA from bighead and silver carp within miles of Lake Michigan.

“The Asian carp are knocking on our Great Lakes door,” said Sheboygan Mayor Mike Vandersteen at the signing. “The Great Lakes region has already worked through the Rust Belt years. Now, as we move into a brighter future on the shores of the fresh coast, we cannot afford another major setback like this.”

The plan from the Army Corps represents a compromise between those who have pushed for a physical barrier and states that fear such a separation would harm shipping in the area. Dickert called the plan a temporary solution to prevent the spread of invasive species.

“No more studies. Get the temporary project done at Brandon Road,” he said. “At least that will provide some additional support to keep the Asian carp out of the Great Lakes and St. Lawrence. But, in the long run, the mayors want to see total separation eventually.”

Dickert said the declaration will be sent to all eight Great Lakes governors and President Donald Trump. He said they’re calling on the governors to come together to lobby the federal government for support and funding for the project.

Illinois Gov. J.B. Pritzker authorized the state to take part in initial coordination on the project, but voiced concern over the plan’s cost. The Army Corps would pick up 65 percent of the cost, but the remaining 35 percent would come from non-federal sources.

Congress must decide whether to provide funding for the project.