The Arts Party of the Year?

Milwaukee’s Coalition of Photographic Arts is hosting an Arts Ball—or maybe a revolution. 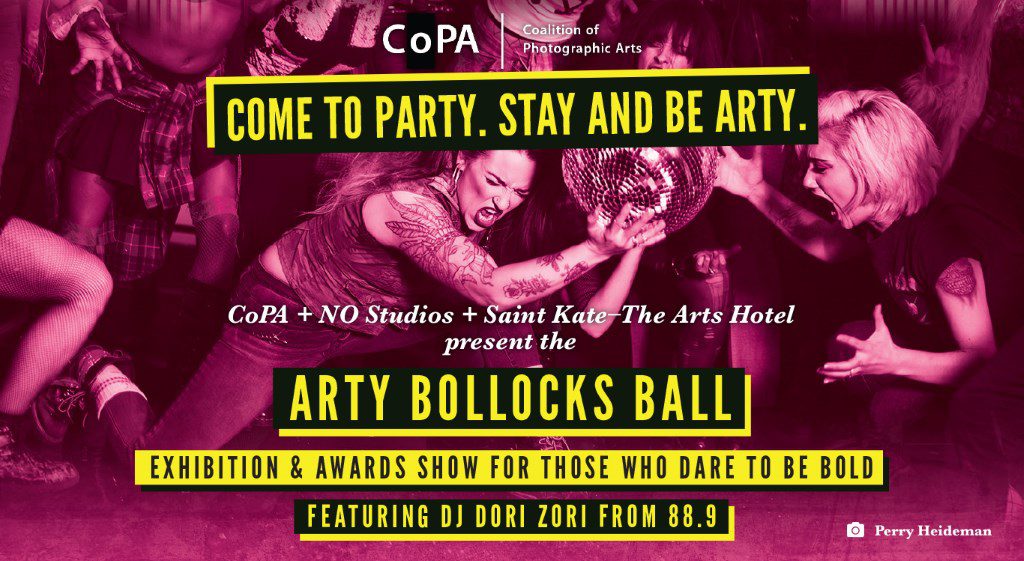 When the Coalition of Photographic Arts (CoPA) was founded in 2004 by a group of Milwaukee area photographers passionate about the medium and fine art photography, the organizers likely had no idea of the coming revolution to the medium or the seismic impact it would have on their industry. But in the time between then and now, who takes pictures and how they do it has changed dramatically and expanded exponentially. CoPA’s is a story about how an arts organization has kept pace with technology and trends while staying true to its foundation and how anyone—even you—can be part of the revolution.

It’s difficult to remember that just 15 years ago when CoPA opened its doors, Instagram and Snapchat didn’t exist, selfies weren’t an everyday occurrence (or even a word), and the age of nearly every man, woman and child on the planet carrying a camera in their pocket had not yet dawned. Even harder to conceive of is the fact that photography wasn’t much considered fine art—and therefore not found in art institutions—until Art Institute of Chicago curator Hugh Edwards began collecting and advocating for photography as art in the late 1950’s and 1960’s. Today any art institution worth its salt has a photography collection.

What less than just two decades ago was still in the rarified realm of meticulous fine artists and dedicated hobbyists—in large part because of the expense of equipment and degree of technical knowledge required—is now the domain of most. We are all now a photographer to some degree, because we take and display photographs on a regular basis. It doesn’t necessarily mean we are all good photographers, but we are indeed people who use cameras to take images for the purpose of expressing ourselves and communicating something to our fellow humans and, thus, participants in the photography revolution.

For those who want to get better at the quality of images one takes, or who already are accomplished at the craft and desire to learn new techniques or how to expand their reach in the digital age, or even for those who have mastered all of the above, CoPA has made sure it has something to offer. The nonprofit membership organization facilitates exhibitions and competitions, workshops, speaker series, online galleries for members’ work, peer reviews and critique of work, a reverse mentorship initiative, meet ups and more.

“We’re an ideal organization for anyone who wants to expand as an artist and get bigger,” said Pamela Ferderbar, professional photographer and current president of CoPA’s board. She notes that CoPA is not a nose-in-the-air snooty bunch; the organization doesn’t discriminate between those who take photos on phones and those who use all the bells and whistles of the craft. “Not all artists look at photography the same way or through the same lens,” she pointed out. This diversity of approaches, equipment, artistic eyes, and ways of exhibiting—from photos in frames on walls in galleries, to shots online in a digital portfolio—is the stuff of inspiration to the 200+ members. “We all learn from each other and are inspired by each other and our different approaches. That’s the commonality: we all want to be inspired. CoPA is providing as many opportunities as possible to provide that inspiration, and is always looking for new ways to do so and new people to do it with,” she said.

While CoPA has opened its organizational arms wide, the line is drawn at social (media) climbers and dilettantes. “Our organization starts from the premise that we exist to provide tools to photographers who want to become better artists. Those who are interested in taking photos simply as a way to get famous on social media are quickly weeded out through natural selection because they don’t want to put in the hours to improve or learn,” she said. CoPA, she notes, is a happy medium of 21st century technology and wide-ranging approaches…and also having standards and holding photography in high regard. “We’re visual story tellers and that’s an art form. Even with the vast expansion and inclusion of who takes photos and how, at the end of the day we are still the Coalition of Photographic Arts; not the Coalition of How To Get More Followers.”

In its quest to both uphold standards and push boundaries, continue to be accessible to all flavors of photographers and provide learning opportunities for existing members while also attracting new ones, CoPA recently launched a reverse mentorship program. The program pairs veteran photographers with mentors—mostly millennial-aged photographers who grew up visualizing their craft more often for Instagram than to create traditional framed prints for a gallery. “There’s so much for us more traditional photographers to learn from this new generation of shooters,” Ferderbar said. “The action is faster, the images more casual, the results more immediate.”

The younger photographers recently provided hands-on mentorship on this approach to their elders–including one CoPA member who is 90 years old–during a photoshoot that took place in April at The Iron Horse Hotel and the Pfister Hotel. If one assumes many of the younger, faster shooting, Instagram-posting photographers showed up with just cell phones, think again. Most came with lights, filters (“The real ones–a piece of equipment screwed onto a camera lens–not horns or sparkles added on a photo after the fact,” Ferderbar quipped), multiple lenses and more.

CoPA plays well with others and is doing extensive outreach to fellow arts organizations and creatives around town and the world to create unique partnerships that continue to provide valuable opportunities for its members and keep photography in the collective mind of the community.

One such collaboration is a photo competition CoPA recently ran with the creators of artybollocks.com, a computerized artist statement generator out of Britain. “The bane of many artists’ existence, photographers included, is the tradition of having to produce the dreaded artist statement—a written explanation of what your art is supposed to mean. They are often more about nonsensical jargon than the art. Writing them also takes a lot of the artist’s time away from making actual art,” Ferderbar said.

CoPA flipped the script on that tradition, and instead provided ready-made, computer-generated artist statements and invited anyone with a camera or smartphone to make a photo that went with the statement and submit it for consideration for a $1000 Grand Prize and other prizes.

“This is a photo competition with a bit of cheek and I think demonstrates that we can also poke fun at ourselves. It’s a good-natured protest against the pretensions of the art world, starting with lampooning the concept of the Artist Statement,” Ferderbar explained. (To see some of the entries and vote in the Reader’s Choice category, go to https://shepherdexpress.com/artybollocks#/gallery/  Voting ends June 6 at 10 a.m.

The winners of the CoPA Arty Bollocks photo competition will be announced Friday, June 7 at the punk rock-themed party titled the Arty Bollocks Ball presented by CoPA, NO Studios and Saint Kate, the Arts Hotel. Why punk? “Bollocks” is Brit slang for b.s. and was introduced into the American lexicon by British punk band The Sex Pistols in the late 1970s, most notably via their seminal album, “Never Mind the Bollocks Here’s the Sex Pistols.”

The punk rock theme is also apropos for another reason: the origins of the genre were in musicians who didn’t know the traditional rules of making music, and thus were free to break them, which in some ways mimics what CoPA is now seeing with the rise of photographers who perhaps don’t know the “rules” of photography and are thus free to create differently than what have been traditionally accepted norms.

Going beyond the “accepted norms” for CoPA includes collaborating with other arts organizations that may not be photography-focused in order to expand the conversation to encompass a wider topic.

“Our partnership with NO Studios and Saint Kate-The Arts Hotel demonstrates how CoPA and photography are part of the larger conversation about visual culture in Milwaukee. Even though photography is considered fine art, our members and those interested in the larger conversation go beyond photos and the type of pictures that might be found only on walls in galleries,” Ferderbar said. “It’s about the totality and interplay of visual culture—film, graphic arts, advertising, social media, design, painting and, yes, photography. Everyone now owns a camera and thus everyone is now part of the conversation and the visual revolution.” 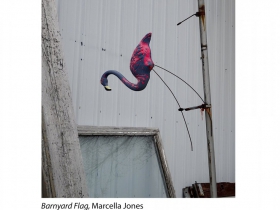 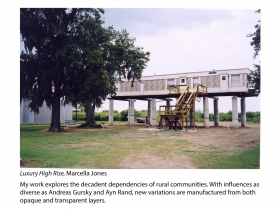 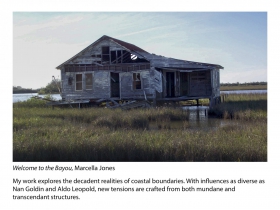 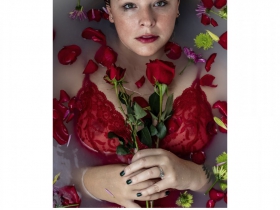 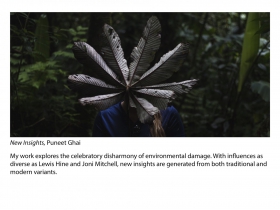 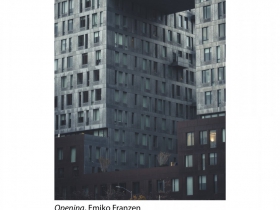 The Arty Bollocks Ball presented by COPA, NO Studios and Saint Kate-The Arts Hotel takes place at NO Studios on Friday, June 7 8:00-11:00 p.m. and is open to the public. Tickets are $10 in advance, $15 at the door. Radio Milwaukee DJ Dori Zori will be spinning classic punk and other tunes and attendees are encouraged to come in their most rebellious attire.