The Retro Cool of Leon Redbone

A specialist in “old weird America” has died, leaving a unique legacy. 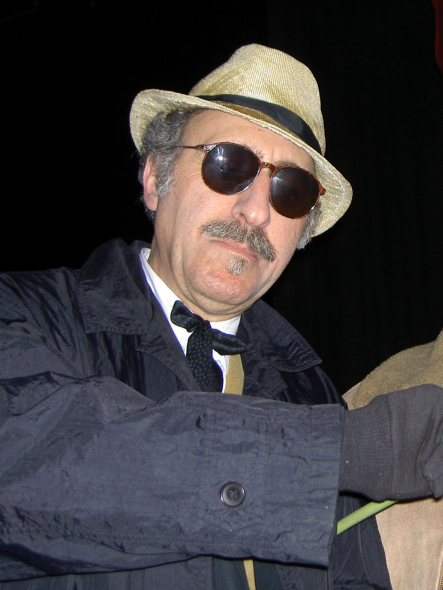 Turns out Leon Redbone was older than Doris Day — quite a surprise. After his passing yesterday, his family announced he had “crossed over the delta for that beautiful shore at the age of 127.” A  little older than I imagined him, but it makes sense — a lot of the artists who influenced him would have been born around the same time as mythical Leon. Sure, news accounts said he was 69, but when someone this talented stretches the truth, you have to go with it. To resist is a silly waste of time and only puts you among the literal minded in the saddest corner at the party.

The charm of Redbone (and that wasn’t his real name, either) came from a deep commitment to the character he played. It never wavered. And, oh yeah, he could really sing and play, just not in a style that had anything to do with the ever-shifting whims of the modern marketplace. His earth shaking baritone was capable of breaking into sweet falsetto and swooping around and above the minor fray he created with his expert guitar playing. All in all, it was such an enjoyable combination of theater, music and subtle, dry humor it kept him working until a few years ago when health concerns forced him into retirement.

Here he is singing “Sheik Of Araby,” sort of… he adds numerous sound effects and whoops. Watch his hands, they constitute an entertainment unto themselves. When not tiptoeing across the the top of the guitar neck, they’re pulling off incredibly cool little licks at the ends of phrases. All this is done with all the effort of sleepwalker; Redbone barely seems awake.

The kind of winking cool he achieved is a rare achievement. Dan Hicks had it and Tom Waits still does. All three rummaged around in what Lester Bangs called “Old Weird America,”  taking what they needed to fuel their imagination. Redbone didn’t write his own material but completely inhabited the songs he chose as well as the space around him.

Bob Dylan was probably his most famous fan. He declared admiration early, stating if he had a label, he’d sign Redbone. Watching Redbone croon “Harvest Moon” on The Tonight Show, something else struck me. Was Dylan inspired to take what seems like a decade-long detour into the Classic American Songbook by him? Something in his smooth and lazy delivery put that thought in my head. The last few somnambulant Dylan outings are slow going, but I get it: It may have appeared to him, as it has to me, that Leon Redbone was having all the fun.

When an artist is having a good time the audience can’t help getting caught up in it. Redbone was never the kind of shifting persona epitomized by David Bowie or Madonna. He found what he wanted to do early and kept at it through his long career. That kind of assurance is also rare. Every live performance and new recording put another floor on the monument to American music he was constructing. Judging from the comments I’ve read, his ravenous and loyal fans will make sure it stands for a long time.

One thought on “Sieger on Songs: The Retro Cool of Leon Redbone”