ElevAsian was founded to champion one of the city’s least-known minority groups.

By Andrea Waxman, Milwaukee Neighborhood News Service - May 29th, 2019 12:43 pm
Get a daily rundown of the top stories on Urban Milwaukee 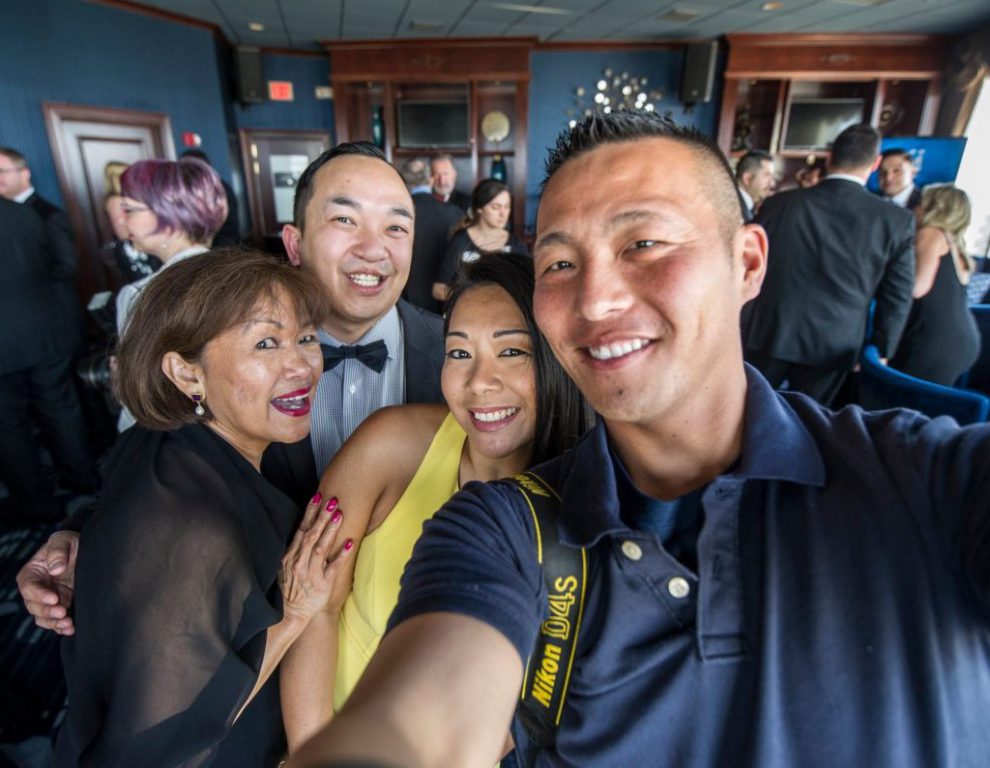 Cris Ros-Dukler (from left), Erik Kennedy, Shary Tran and Kenny Yoo celebrate at the 2019 Hispanic Professionals of Greater Milwaukee Five Star Gala on May 9, 2019, at the Pfister Hotel. Photo by Kenny Yoo.

Their goal: to elevate their community and its members by raising awareness of their presence.

“That’s how people started hearing about the movement we were trying to create,” said May yer Thao, executive director of the Hmong Wisconsin Chamber of Commerce.

Thao, whose family came to the U.S. from Laos, along with Shary Tran, director of diversity and inclusion at Froedtert & the Medical College of Wisconsin, and Erik Kennedy founded the organization ElevAsian.

A play on the word “elevation,” ElevAsian evolved after Thao, Tran and Kennedy would see each other repeatedly at community events. 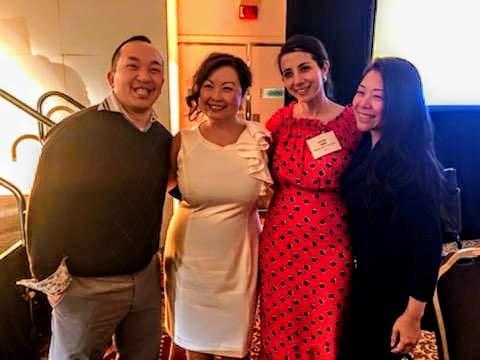 “We’re usually the only Asian Americans in the room,” said Tran, whose family came to America as refugees after the Vietnam War. Korean-born Kennedy was adopted into an American family as an infant.

Though Asian Americans comprise just 4 percent of city residents, according to a July 2018 update of the U.S. Census, Tran said Wisconsin is seeing a surge in immigrants from Asia, especially from Burma.

A group like ElevAsian is needed because when people think about minority issues in the community, they don’t always consider Asian Americans as part of that story, Tran said.

The founders have worked to remind community foundations and organizations not to overlook Milwaukee’s Asian Americans when they invite people to work on community issues and projects.

Since launching the private Facebook group in 2017, which now has about 40 members, ElevAsian has organized outings to events that feature Asian Americans.

When Malika Siker, an oncologist and Medical College professor, and Kennedy were recently recognized among the Business Journal’s “40 under 40.” ElevAsian members attended the celebration to show support, Kennedy said.

Siker, who hails from Janesville, is the daughter of Indonesian and Jewish parents.

The group also organized outings to a Milwaukee Wave soccer game in support of team captain Tenzin Rampa, a Tibetan American, and the recent Milwaukee Rep production of the play, “The Chinese Lady.”

“We want to elevate individuals and support local Asian organizations, businesses and restaurants because we want to see them thrive,” said Kennedy, community relations senior coordinator at Advocate Aurora Health.

He added that ElevAsian wants to “be a resource and also be a part of the conversation and be visible. “

How to connect with ElevAsian

To connect with ElevAsian, send an email to May yer Thao at mayyer@hmongchamber.org.