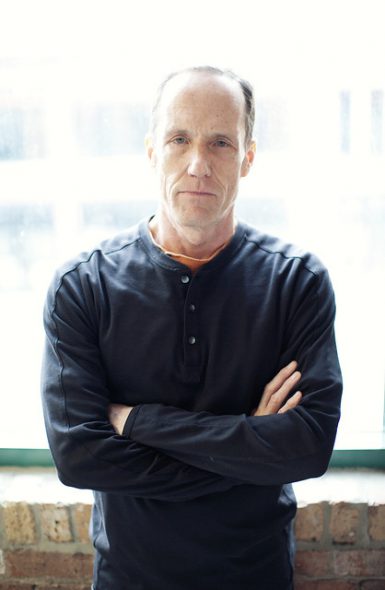 I just re-read my last Present Music review, from June 21, 2014. At that point, I had covered Kevin Stalheim‘s new-music group for 30 years, first for The Milwaukee Journal Sentinel, then for Third Coast Daily, and finally for this blog.

Present Music meant a lot to me. I found PM concerts exciting, intriguing, outrageous, entertaining, thought-provoking and expertly performed. They were usually great. Even when they weren’t, they were interesting or challenging. They gave me rich material to think and write about.

(Scroll to the bottom of this story for links to a dozen Strini Present Music stories.)

Kevin’s vision reached beyond choosing good rep and preparing excellent performances. He convinced his audience to show up not to be comforted by the familiar, but to be astonished, or at least surprised. They showed up to find out what would happen. They still do. Present Music’s large, loyal following is the envy of new-music groups everywhere.

Kevin figured out how to make a show of contemporary music. It was okay to have fun — a novel concept in new-music circles. Kevin’s bone-dry wit made for slow-developing waves of laughter and exceptional intermission announcements. When a concert time happened to coincide with a Packer playoff game, he stepped to the microphone as if to deliver the obligatory score update; and then: “I just got a call from Green Bay. Brett Favre wants to know how the concert’s going.” That was it. No football score.

In the early days, comedian Rip Tenor showed up to cover the inevitable percussion-equipment moves with stand-up monologues. I remember dozens of belly dancers popping up in the Pabst Theater. Thousands of day-glo ping pong balls raining down from balconies. Stalheim doing a handstand on the apron of the Turner Hall stage. The ensemble playing from boats in the Milwaukee River. Halloween costume concerts at Renaissance Place.

The same programs that might feature such Happenings hi-jinks could also include very serious music-making. I remember the first performance of a Present Music co-commission, John Adams‘ Gnarly Buttons, a chamber concerto for William Helmers. It’s now a go-to of the clarinet repertoire. I remember the long, ongoing relationship with Turkish-American composer Kamran Ince and the intensity of his music and of the performances of it. (I also remember touring Turkey with Ince and the band in 1994. What a wild trip.) I especially recall the deeply touching Thanksgiving concerts at St. John Cathedral, which brought the community together in programs that were warm, touching and beautiful without being sentimental. Present Music’s Thanksgiving became the gentle fanfare announcing Milwaukee’s holiday season, and that is one of the things I miss the most.

Stalheim reached out to local groups of all kinds, from the Milwaukee Ballet to Milwaukee Opera Theatre, to the UWM Dance Department, The Bucks native American drum group, and, with special success, to Danceworks. He brought a great many stellar guest artists and composers to town, including Ince, Michael Torke, Caroline Shaw, John Adams, accordionist Guy Klucevsek, and the fabulous Amy X Neuburg.

My last Present Music concert, back in 2014, was a rambling, sprawling affair, with many community groups and several films on the theme of Home. Planned outdoor activities, forced inside by storms, didn’t play well indoors at the Skylight Theatre. The concert had its great moments, but it was not Present Music’s best.

For me, though, it was the most emotional. Lee Ann Garrison — then, now and always, the love of my life — was about to take a job at Oregon State University. After almost 32 years in Milwaukee, we were leaving town. And there I was, reviewing my most beloved musical group for the last time, joining the audience and a crowded stage of musicians in singing “There’s No Place Like Home.” It got to me. It’s getting to me again now.

I assumed that would be my last Present Music concert. Well, I will attend at least one more.

Kevin — who built this great musical institution from nothing — is retiring as founding artistic director with a big concert and celebration at the Pabst Theater in Milwaukee on Saturday, June 1.

Yes, I live 2,250 miles away. But yes, I’m coming back to be a small part of it. I must come. Because Kevin is a friend. And because, musically speaking, Present Music is home to me — and there’s no place like it.

Concert Information
When: 7:30 p.m. Saturday, June 1.
Where: Pabst Theater, 144 E. Wells St., Milwaukee, Wis.
Who: The Present Music Ensemble and dozens of composers, players and dancers who’ve worked with Kevin Stalheim over the decades. For a complete list and concert details, follow this link.
Tickets: $25 and $55. Follow this ticket link to purchase online. Online sales close May 31. Or order by phone from Present Music: 414 271-0711 ext. 2.

Note: I wrote over 100 stories about Present Music over the years. These are the 12 I could find on the internet. A more intrepid hunter could probably unlock many more, especially at the walled-off Gannett Journal Sentinel.

From the Milwaukee Journal Sentinel