Asian Market at Northridge By 2021?

The Chinese owners of the long-closed Northridge Mall have responded to a city raze order by sharing renderings and a timeline to redevelop the mall into Asian Merchandise Market by spring 2021.

The plan, introduced as part of an appeal of the city’s condemnation case, will be shared in greater detail at a June meeting scheduled between city officials, mall owner U.S. Black Spruce Enterprise Group and its counsel Foley & Lardner according to a letter submitted May 24th to city officials.

“The Raze Order was a surprise to Black Spruce, unilaterally issued by the City with no prior warning. For years, Black Spruce has been working on a redevelopment plan for the Northridge Property and wants to be a partner in the City’s redevelopment efforts of the far northwest side,” wrote Foley & Lardner attorney Eric Hatchell in a letter.

Hatchell wrote that the group would start making improvements this year, with “tentative plans” to reopen the facility in spring 2021.

The mall has been closed for more than 15 years, but the city has been hamstrung in its ability to pursue redevelopment because Black Spruce has declined to rehab the property or accept different purchase offers, said Mayor Tom Barrett in early April.

Black Spruce acquired the former mall in 2008 and announced plans to create a trade market for Chinese companies to sell their products to American consumers. But that project has not moved forward, much to the frustration of city officials.

“Today we are saying no more,” said Alderwoman Chantia Lewis at a press conference in early April announcing the city is condemning the building, a precursor to demolition.

In early May, when Black Spruce announced an intent to appeal, Lewis reiterated her claim. “They have said this nine times since I’ve been elected, so I’m not expecting too much more. I think the City of Milwaukee deserves more,” she told Urban Milwaukee in an interview. The centerpiece of her State of the District speech was to unveil a plan to bring a marketplace similar to the Sherman Phoenix, known as the Granville Station, to a vacant store near the mall.

A simple array of figures from the acting Department of Neighborhood Services Commissioner Thomas G. Mishefske illustrates Marcoux’s claim of poor stewardship. The property was acquired by Black Spruce for $6 million in 2008 and includes almost 900,000 square feet of mall space. But today the building portion is assessed for only $81,000 and needs $6 million in repairs, said Mishefske. The roof is failing, scrappers have illegally stripped many of the mechanical systems and the masonry is in disrepair. The cratering assessment and growing repair costs place it far below the 50 percent threshold of assessed value the city must meet before issuing a raze order.

The cost of the demolition, which Mishefske estimated could range from $10 to $12 million before environmental abatement is considered, would be added to the parcel’s property tax bill and if it remains unpaid could allow the city to seize the building in property tax foreclosure.

But Black Spruce, through its attorney, says redevelopment would cost “substantially less” than the city’s demolition estimate.

“Contrary to the city’s position that the structure is dangerous, dilapidated, and of such little value that it must be torn down, the interest and market for the property demonstrate otherwise,” wrote Hatchell.

The letter from Hatchell lays out the ownership group’s appeal to the city’s Standards and Appeals Commission, including the belief that “first and most importantly, the City has not satisfied its burden to show that the Northridge Property cannot be repaired and made safe.” It also contends the city has not proven the building is “unsafe,” and that “financial common sense dictates that this property should not be torn down against Black Spruce’s wishes.” 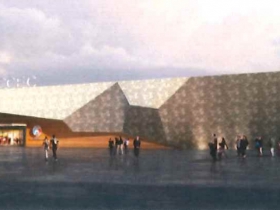 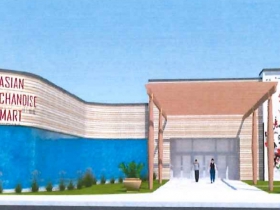 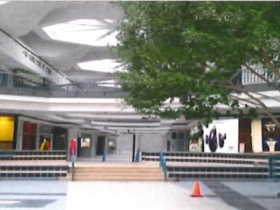 The mall opened in 1972 and closed its doors in 2003. Northridge failed for a number of reasons, including a lack of direct freeway access, chain bankruptcies, the cyclical nature of malls and a negative perception created following Jesse Anderson‘s murder of his wife in a mall parking lot and the subsequent false claim that the couple was attacked by two black males. The mall’s competitors, including Mayfair, Brookfield Square, Southridge and Bayshore, have all received substantial public subsidies to help finance updates in the years since Northridge closed.

Menards and Pick ‘n Save were brought in as new retail anchors, with outward facing stores, shortly after the mall closed. The Pick ‘n Save grocery store closed in 2015.

Should the city acquire the mall, it could merge the land from the mall with land freed up from demolishing the attached former Boston Store building. The city recently submitted a grant application to the Wisconsin Economic Development Corporation for $250,000 to support demolishing the vacant department store.

Bill Penzey, owner of Penzey’s Spices, bought the former Boston Store building in 2013 and attempted to acquire the rest of the mall, with the support of the city, for a corporate headquarters and warehouse for his company. He wasn’t able to reach a deal on acquiring the mall and donated the Boston Store property to the city in December 2017. The city has also acquired the ring road that surrounds the mall.

A design charette, intended to create a shared vision for the space, was led that year by UW-Milwaukee and the city. It identified future uses for the mall including an open-air retail market and industrial development.

For more on the value of the mall and its history, see “What’s It Worth: Northridge Mall Worth $2.5 Milllion.”