By Hope Kirwan, Wisconsin Public Radio - May 22nd, 2019 10:56 am
Get a daily rundown of the top stories on Urban Milwaukee 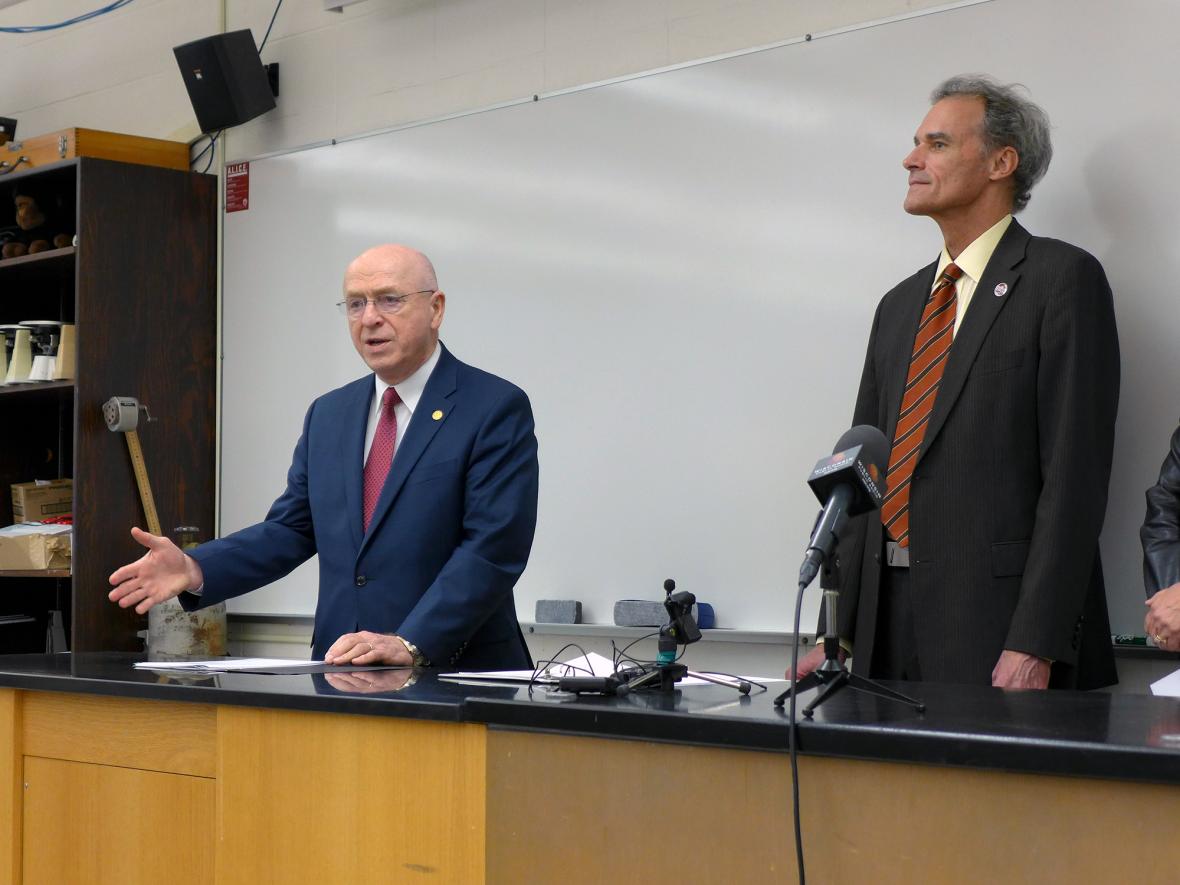 University of Wisconsin System President Ray Cross says lawmakers likely won’t approve all of the building and maintenance projects proposed for the next biennial budget.

Democratic Gov. Tony Evers included more than $1 billion for UW System capital projects in his spending plan. Those projects are now being considered by the legislature’s Joint Finance Committee.

During a visit to UW-La Crosse on Tuesday, Cross said he’s not sure how much of the funding the UW System will receive.

“I think it’s going to be considerably less than what the governor put on the table. But it could be more than we thought it could be. So we don’t know yet,” Cross said.

He said there has always been competition between campuses for infrastructure funding.

But Cross said this year’s budget process has been unusual because the State Building Commission rejected all of the projects in the governor’s proposal.

“Does that prompt more competition between campuses? To some extent it does, I’m not disputing that, but I’m not suggesting that’s not healthy either,” Cross said.

Cross was at UW-La Crosse to tour Cowley Hall, one of the buildings that has been proposed to be replaced in the next biennial budget. The UW System and Evers’ plan includes $83 million dollars to build the second phase of the Prairie Springs Science Center, a project that was started in the current state budget.

Bob Hetzel, UWL vice chancellor of administration and finance, said the 54-year old Cowley Hall is the most costly building to maintain on campus and has the most maintenance calls every year. He said there are major problems with the building’s lecture halls and bathrooms.

“These spaces are totally inaccessible. They do not meet the current ADA code, which is very problematic for any university,” Hetzel said.

He also pointed out that the hall’s fire shutters, used to close off sections of the building during a fire, haven’t worked in 20 years.

But Cross said investing in new buildings like the Prairie Springs Center achieves much more than safety and accessibility.

“It isn’t just the mechanicals or the aesthetics of the building. It’s the pedagogy that goes on. The building merely facilitates what’s most important and that’s the interaction with students,” Cross said.

Cross said UW schools need to have spaces that can accomodate hands-on learning to better attract students and faculty. He said the state’s investment in STEM education is critical to meeting the future demand for industries like health care, engineering and computer science.