Milwaukeeans like to think their city is the Midwest's best-kept secret, but maybe it's Indy. 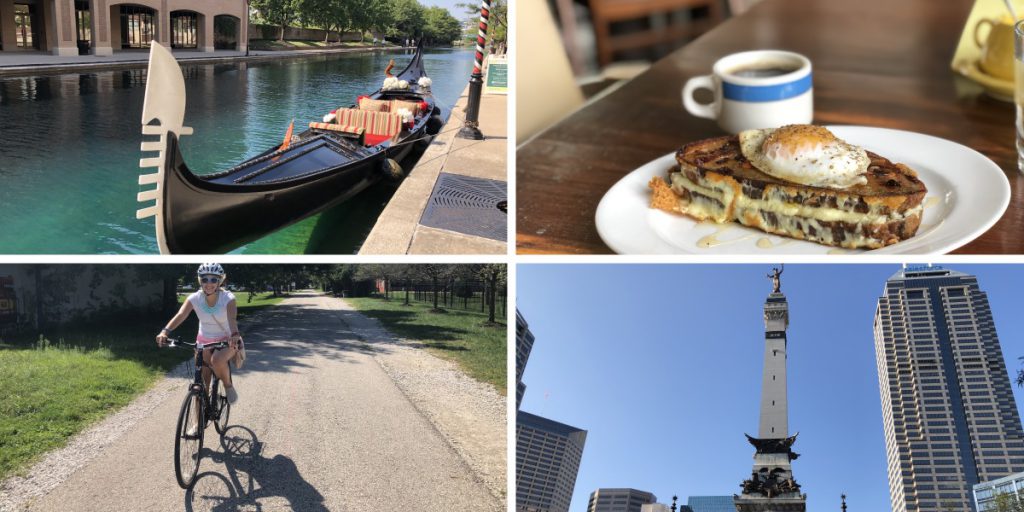 I confess, I had low expectations for my Indianapolis visit. I had been to the Indy 500 in 2005 and made a quick in-and-out for a Milwaukee Bucks game in 2011. Both experiences were fun, but didn’t leave me daydreaming about going back.

But I was left with a completely different impression of the city after a recent return with my wife.

Downtown Indianapolis in the past decade has become a cultural hub with a wealth of amenities and distinctive style. It’s hard to point out one specific thing, but the city — which has hosted the Super Bowl and Final Four, among many other big events — feels like a place confident in what it is and where it is going. Locals talk about the next big event, not the last one.

The city boasts world-class museums — ranging from venues for art aficionados to children — in addition to locally-focused, highly-rated restaurants and a well-connected collection of trails, public art and public spaces.

The Cultural Trail might have been the most surprising part of Indianapolis. In a city known for car racing, swaths of road space have been repurposed for a trail network that links a number of neighborhoods to downtown. It’s well designed and often protected, lending itself to a safe, enjoyable bicycling, walking or running experience. Public art is interspersed at many points, adding to the visual interest of the trail network.

The network also links up to a number of longer trails that connect more far-flung areas of the city, such as the Monon Trail, which connects to the city’s Broad Ripple neighborhood.

Broad Ripple is a cultural hot spot in northern Indianapolis. The neighborhood is accessible with a short drive from downtown, as well as bus ride or bike ride on the Monon Trail. Once you’re there, you’ll find a host of restaurants (one included below), bars and shops. 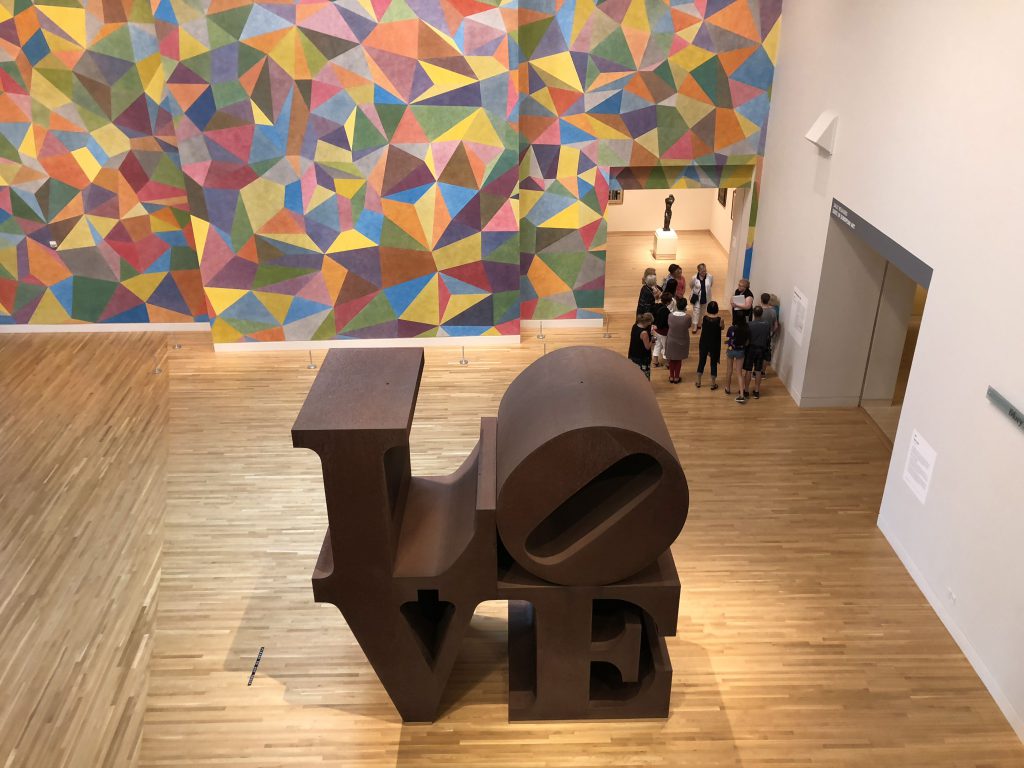 The art museum is nearly five miles outside downtown Indianapolis, but worth the trek. The modern museum is built on a 152-acre campus known as Newfields; it merges nature, a historic mansion (known as Oldfields) and the arts. The museum itself is worth the price of admission ($18), with a number of pieces from native son Robert Indiana in its 54,000-piece collection. But the surrounding campus also makes for a great experience for art lovers, historians and hikers alike.

A little slice of Venice, Italy, can be found in downtown Indianapolis. While Milwaukee’s primary, man-made canal was filled in and became N. Commerce St., significant segments of Indiana’s 264-mile effort still remain. An approximately one-mile long segment in downtown Indianapolis is now surrounded by apartments, offices and such cultural amenities as the Indiana Historical Society. A paved trail, popular with walkers and joggers, runs along both sides, but the best way to experience the canal is by gondola.

Grab a glass of wine and board the 10-passenger gondola, your guide not only paddles, but serenades you with Italian classics.

Cheer on the Indiana Pacers or Fever

It doesn’t seem right to go to a basketball-crazy state and not watch a basketball game. And while you’re unlikely to be there while Indiana’s division-less state basketball tournament takes place, you likely can catch the NBA’s Indiana Pacers or WNBA’s Indiana Fever. Both teams play at Banker’s Life Fieldhouse.

The well-designed arena, set to undergo a major renovation, is within a short walk of much of downtown. Tickets are affordable by NBA standards.

The shape of Indiana lends itself to a lot of different merchandise, and there is no better place to find those gifts than Homespun. The Massachusetts Avenue shop prides itself on handmade and locally crafted goods. Even if you don’t envision yourself returning to Wisconsin sporting Hoosier pride, stop in to see the creative work of countless Indianans.

An Indianapolis institution since 1902, the St. Elmo Steak House is best known not for its steak, but its shrimp cocktail — although the steak is pretty good. We didn’t attempt to one-up hot dog eating king Joey Chestnut‘s 18-pound-9.6 ounce record for consuming shrimp cocktails in eight minutes, electing to split one order before each getting our own steaks.

Chestnut is far from the most famous person to dine at the steakhouse, as the countless photos in the restaurant’s main dining room feature photos of celebrities chowing down. Locals like it, too. Case in point: A long-time Indianapolis Colts quarterback used a private entrance to eat in a private dining room after games.

One place comes up over and over in my discussions about Indianapolis, Bluebeard. The “New American” restaurant features an ever-changing menu with plates made to share and a curated selection of craft cocktails. The restaurant, located in a 1924 warehouse, is connected to Amelia’s bakery, meaning the bread with your meal is often fresh out of the oven. Definitely make a reservation.

We stopped in at this coffee shop and cafe on our way to Broad Ripple via the Monon Trail. Located just off the trail, a steady stream of cyclists and walkers flow in and out, many stopping to enjoy the patio. The inside is populated with people on laptops (but not on the weekends). Want a cocktail? They feature “long drinks,” in addition to traditional coffee shop fare. 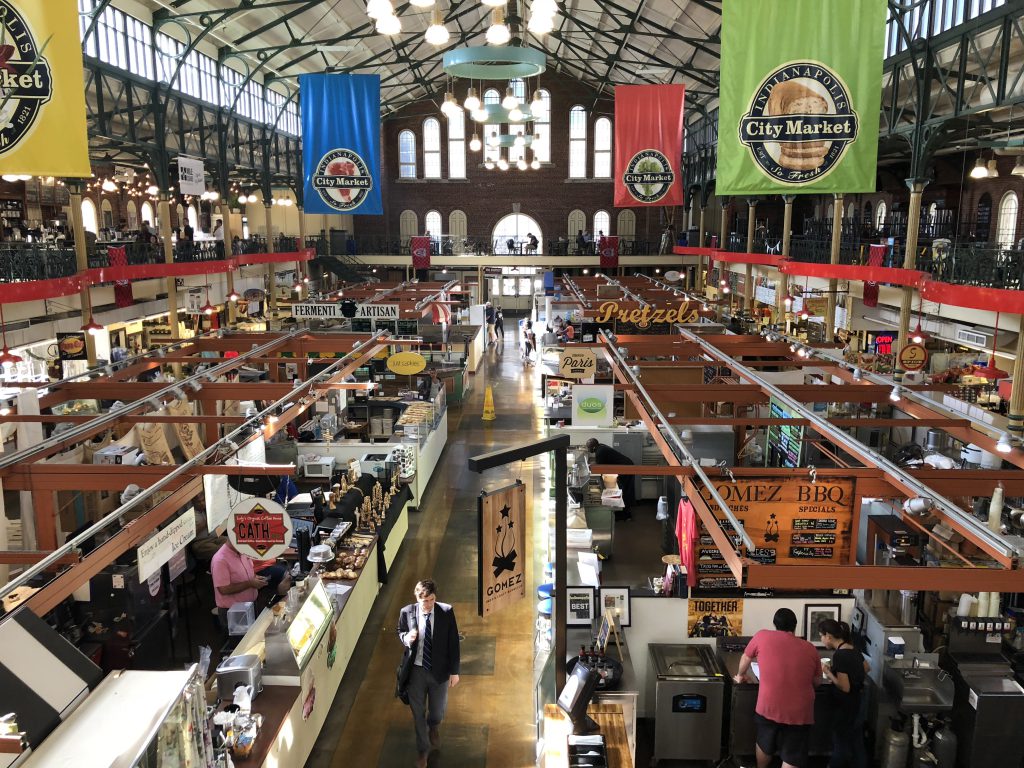 More than 25 vendors fill the Indianapolis City Market. From fresh vegetables to grab-and-go meals and clothing, there is a little something for everyone. The historic, brick building adds to the market’s ambiance. Want Indiana beer? A bar on the upper level serves more than 15 taps of Hoosier-made beer.

But be prepared to change your mind. We stopped in twice and each time different vendors were open. The hours of the facility do not match the hours of the vendors.

We dined at popular breakfast spot Milktooth on our way out of town. By the time we left, my wife wished we had come every day. The menu changes daily based on what’s in season locally. I recommend ordering items to share so you can experience more of the menu. No reservations, so expect to wait.

Public Greens is a good restaurant with a great social mission. The restaurant has three locations in Indianapolis, and the proceeds cumulatively benefit the Patachou Foundation, which provides healthy meals to “food insecure” Indianapolis children. The menu matches the name with a farm-to-table menu that focuses on non-processed foods. We stopped at the location just off the Monon Trail, in the Broad Ripple neighborhood.

There must just be something in the water on Virginia Ave. The highly-recommend Bluebeard and Milktooth restaurants line the street, as well as Hotel Tango. The distillery occupies an old warehouse, with the old-time industrial aesthetic permeating the design of its popular tasting room. A range of cocktail options managed to please this beer lover. No food, but plenty of snacks. And keep your eyes peeled for the cat. 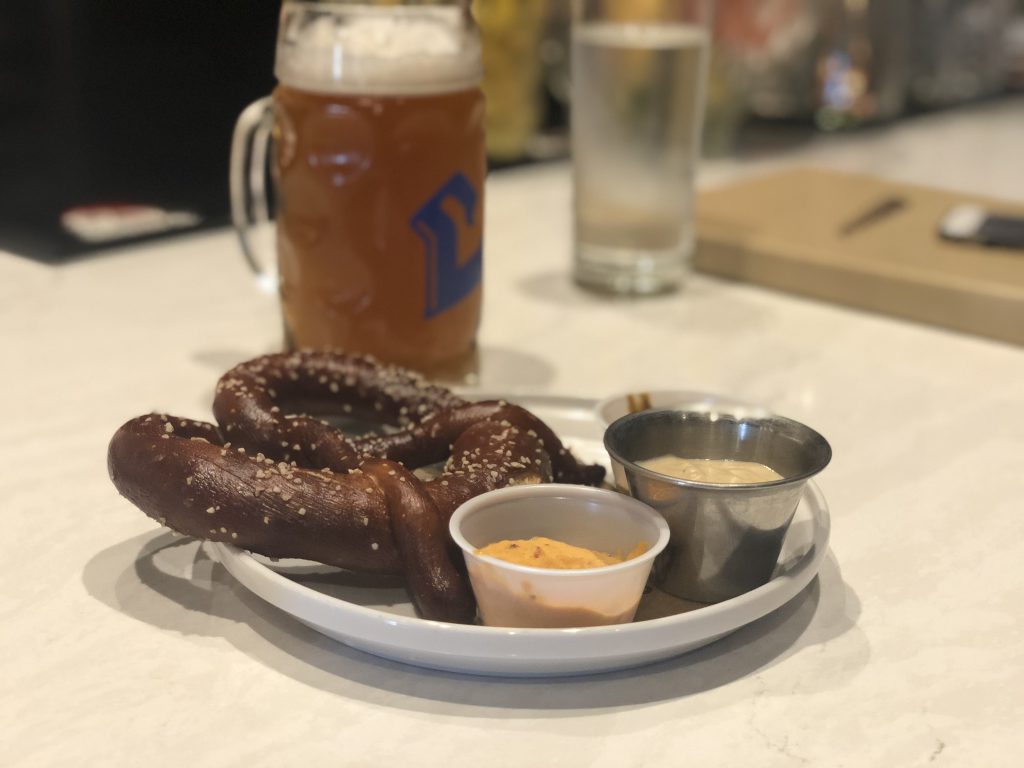 Beer and a pretzel at Liter House. Photo by Jeramey Jannene.

We stopped at Liter House, by chance, finding it just off the Monon Trail on our way back towards downtown from Broad Ripple. The brewpub serves up good beer and delicious soft pretzels. True to its German decor, the words kraut, wurst and schnitzel factor into many of the menu items.

The king of Indianapolis breweries, Sun King is the second largest brewery in Indiana. A large tap room and patio provide plenty of space to enjoy the many colorfully named and branded beers made by the 10-year-old brewery. If you like it, bring some home. It’s only distributed in Illinois, Indiana, Kentucky, Ohio and Florida.

Sun King might be the biggest Indianapolis brewery, but St. Joseph Brewery has the best design. Located in a former church, the brewery’s slogan is, “Eat, Drink, Believe.” And I do believe they have good beer, particularly the Cornerstone Kolsch.

This is the oldest bar in Indiana. The bar, located in the shadow of Lucas Oil Stadium, features a friendly crowd and long bar. If you’re into blues, this is the place for you — or so the signs and reviews say. We popped in early and missed the excitement. We would definitely go back.

Indianapolis is a city that has reinvented itself to host large events, and that means lots of hotels. The closer you get to the convention center, the bigger the hotels seem to be. We stayed at the Homewood Suites, a 92-room Hilton brand hotel during our visit.

The hotel, located in a redeveloped warehouse, features exposed brick in many of its rooms, high ceilings and a large lobby. If you’re a light sleeper you’ll want to ask for a room away from the street, as there is a bar district out the front door. But, the location of the hotel can’t be beat. You’re a short walk from the convention center, stadiums and Soldiers’ and Sailors’ Monument in the middle of Downtown (worth a visit). 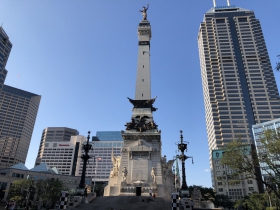 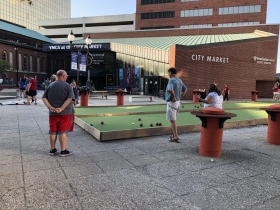 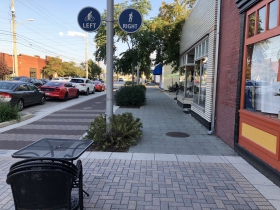 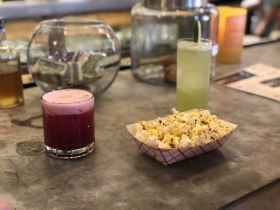 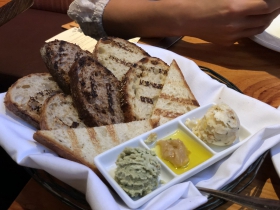 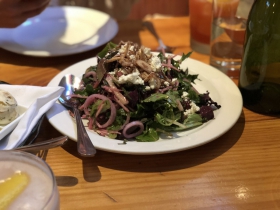 How to Get Around

Once you’re in Indianapolis, you can accomplish a lot without a car. Much of the greater downtown area is pedestrian-friendly. If the weather is nice, rent a bike or use the Pacers Bikeshare system to extend your range. IndyGo, the city’s bus system, will get you in and out of downtown reliably.

How To Get There

There are a number of options to get from Milwaukee to Indianapolis. Amtrak, via the Hiawatha and Hoosier lines, will get you downtown to downtown via train with little hassle, but be prepared for a short stop in Chicago. Flights are available, but are relatively expensive and rarely direct. If you have a group, driving might be your best bet. It’s a 4-and-a-half-hour drive.