A Triumph for Frankly Music 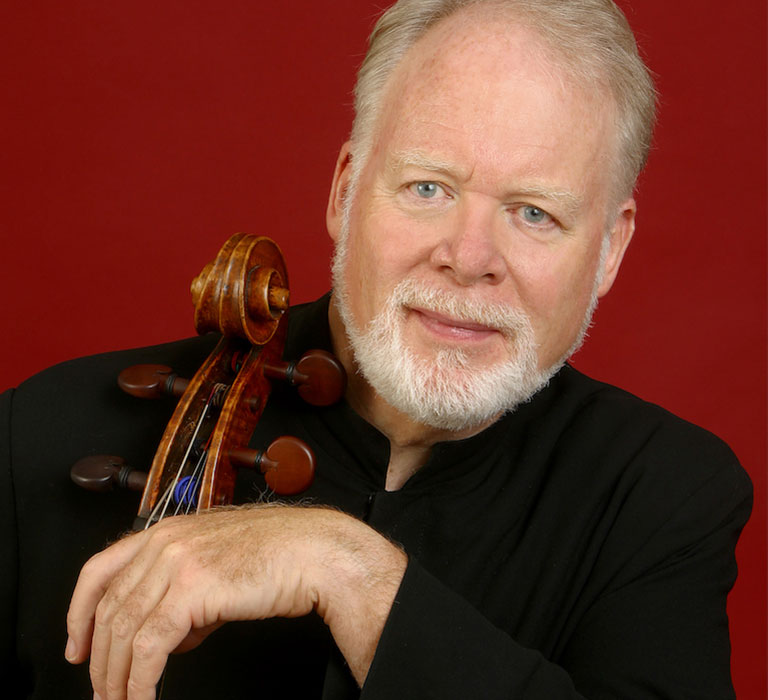 I believe that chamber music for strings is one of the greatest things in life. Listening to it. Playing it. It’s just the best. And the more instruments, the merrier. String quartet? How about a sextet or octet? It just so happened that the 2018-2019 season finale of Frankly Music featured both of these expanded string ensembles. Milwaukee Symphony concertmaster and series director Frank Almond brought some orchestra colleagues and a few friends from afar, including world-renowned cellist Lynn Harrell, to assist in this music-making, and I was ready to soak it all in.

The auditorium at Wisconsin Lutheran College was packed on Monday night. Mr. Almond offered a thoughtful introduction to the first piece, Schoenberg’s sextet Verklärte Nacht (Transfigured Night), remarking that this was the only Schoenberg piece people really listen to (this is probably true, but his more thorny stuff is still worth seeking out). His best point was in describing the piece as an extension of Brahms. To listen to this music is to observe romantic style at a breaking point. And truly, to hear it live was pretty incredible. All the players gave devoted performances, relishing the independence of their parts. At the moments of static harmony, the group coalesced into a three-layer cake of the richest chocolate. Mr. Harrell’s cello spoke nobly, and cellist Madeleine Kabat held her own with the legend, offering a nice range of tone qualities. By the time we reached the climax of the 30-minute work, I was marveling at the complexity of the musical argument. It really was like Brahms turned up a few notches, and I understood Schoenberg’s decision to set it in one continuous movement with slight breaks, rather than official separate movements; the nonstop flow ensured the utmost intensity and a continuity of the world of the poem on which it was based.

After that deep dive into psychological complexity, we moved on to the lightness and elegance of Mendelssohn’s Octet, a work of genius that he composed at age 16. There’s something infectious about the musical material in combination with the context of Mendelssohn’s youth at the time of writing. The music occasionally looks back on itself, admiringly, as if to say “This is going really well!” It’s the joy of a young genius working at a high level. The players (with two additional violinists joining the stage) set up as two opposing string quartets, with the violinists and violists standing, facing off as if in battle. This visual was amusing during the development section of the first movement, when the two sides traded some phrases back and forth. The whole group seemed to be having fun, lending their talents to music whose primary mood is delight.

I had no complaints about the inner movements; the Andante was elegantly produced and the Scherzo whizzed by, showing Mendelssohn’s precocious invention in sections that alternated ricochet (bounced-bow) gestures with awestruck harmonies. In the breathless finale, the musicians set a fast tempo and never backed down, showcasing their considerable talents. One of the melodic fragments in this contrapuntal whirlwind is a quote from the Hallelujah Chorus from Handel’s Messiah: “And he shall reign forever and ever.” I’ve always found it a bit humorous, as if Mendelssohn was cheekily alluding to his own compositional prowess. Whatever the case, the performance was great, bringing loud cheers and an extended ovation.

This concert was a love letter to string music. Both Verklärte Nacht and the Mendelssohn Octet are highlights of the repertoire, and Mr. Almond’s passion for both pieces was palpable in his remarks from the stage. Chamber music is fundamentally about getting together with friends to play music and have a great time, to explore worlds of joy and sadness and to feel the satisfaction of close collaboration. The enjoyment of this musical journey was clearly on display both from the performers and the audience, pointing to the well-deserved longevity of the Frankly Music series.

One thought on “Classical: A Triumph for Frankly Music”