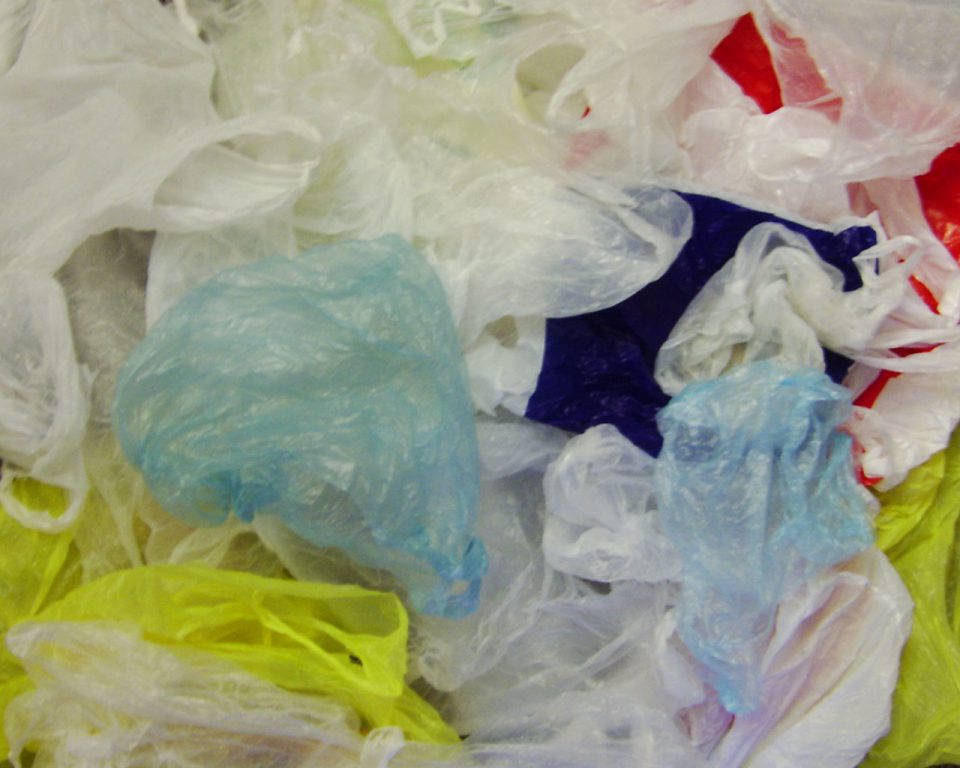 Plastic shopping bags. Photo is in the Public Domain.

The subject arose as committee members and Meyers discussed what could be done to improve the city’s recycling program and help the environment. One thing came up over and over: plastic bags.

The bags are the bane of recycling processing centers across the globe. Whether they’re jamming up equipment or making it more difficult to sort materials, they’re a hassle to deal with and have a low resale value once they’ve been contaminated with other materials in residents’ curbside bins.

“There isn’t time to decipher and rip everything open,” said Meyers of plastic bags that come in filled with recyclable materials. “For the most part it gets picked and goes in the garbage.”

What about picking and later resorting them asked Ald. Nik Kovac? “Those that have tried it mostly regret it,” said Meyers, citing Madison as the nearest example. “You can’t produce a clean, marketable product through that curbside mix.”

One place that has a solution? Kroger. The grocery store chain, known locally for its Pick ‘n Save and Metro Market brands, accepts only empty plastic bags and is able to sell the material in bulk.

“I religiously take the stuff back to Metro Market, but I know many people, they just trash the stuff,” said Ald. Robert Bauman. The alderman is right according to Meyers. The city’s recycling expert said he’s read that only two percent of the bags are ultimately recycled.

So what can be done? Kovac and Bauman suggested allowing the bags to be dropped off at city buildings or the city’s two residential waste drop off centers. “It would not be revenue neutral for us because of the logistics,” said Meyers. That could change if Kroger or another entity picked up the bags, many of which come from its stores.

“I think the best solution is to get the State of Wisconsin to ban them,” said Ald. Michael Murphy. “Even these right-wing Republicans like Robin Vos. His constituents are going to force him to start paying attention to the environment.”

But state law passed under Governor Scott Walker currently does the opposite. It prohibits municipalities from passing a ban or tax on any container.

“There is a bill introduced that would repeal that. I don’t know what its chances are,” said Meyers.

The City of Milwaukee is the only entity registered as lobbying on the bill.

And despite the long list of sponsors, not a single one is a Republican. That could be why a series of council members joked the bill might not see the light of day until 2022 or 2032.