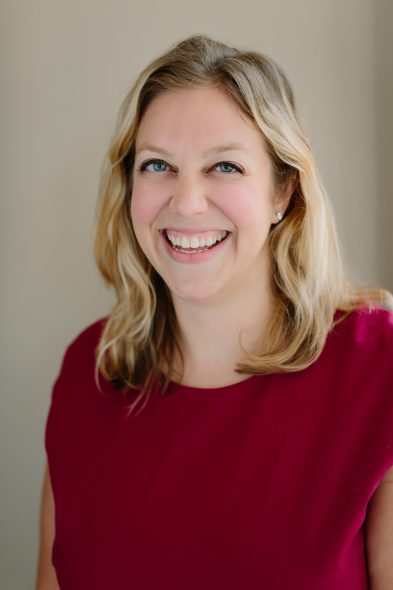 Fresh scenery can make all the difference. It can recharge the batteries, allow you to reexamine, re-assess or simply confirm career goals.

Maggey Oplinger, general director and CEO for the The Florentine Opera Company, recently made such a change. Oplinger served four years with the Milwaukee Symphony Orchestra, working on fundraising, corporate and community relationship-building, and curating “fresh” takes on traditional performance by the MSO. Now she’s moved over and up to lead a different musical group in town, assuming her new post on March 1st of this year.

“As cheesy as it sounds, I love doing opera in my own town, it’s exciting to me,” Oplinger says. “That fact will let me serve this company well. Milwaukee has a flavor and I can utilize the connections and communications I’ve created with other arts groups. I hit the ground running.”

Oplinger also spent a number of years with Johnson Controls as a team leader and innovation facilitator, not a background you’d normally associate with the arts.

“I suspect, without firm statistics, most people in this position come from an artistic side or arts administration,” Oplinger says. “I’m coming from solid grounds on both sides and I think that helps. I bring in a business background that isn’t always there. At the same time, as a former singer, I’m able to help singers on stage, being a facilitator and bringing in the best talent that is out there.”

Oplinger spent nearly a decade of her career as an opera singer and holds two degrees in voice performance. She later got a graduate degree in nonprofit business administration.

She says the Florentine is a “small shop” and she is able to sit in on all the casting decisions, repertoire selections, but she is quick to point out she’s just one voice of many. “There’s a lot of experience here,” Oplinger says. “People like Francesco Milioto.”

Miliota was recently named the company’s artistic advisor, the first major decision by Oplinger. Considered a rising star among the younger generation of opera conductors, Milioto recently made his Chicago Lyric Opera debut conducting Cendrillon and has been a member of the Lyric’s music staff since 2013.  He has been on the music staff of the internationally renowned Santa Fe Opera since 2015, made a recent and successful debut with Opera San Antonio conducting La Traviata, and in June will make his Miami Music Festival debut where he will be conducting a program of one-act operas by Nico Muhly and Osvaldo Golijov.

“Francesco will also help recruit and mentor exceptional young singers as part of the Donald and Donna Baumgartner Studio Artist Program,” Oplinger says. “As part of his role here, we anticipate Francesco spending significant time in Milwaukee as it relates to his advisory responsibilities.”

Oplinger is the first woman to lead the Florentine in his 85 years of history. Her hiring is symbolic in another sense, coming after the abrupt resignation last year of general director William Florescu. His departure came after the Florentine board determined he had violated the company’s “policies and prohibitions concerning sexual misconduct.” A Washington Post story on sexual harassment in the classical music world included a 2008 incident involving Florescu and a soprano who performed with the company.

Oplinger will be looking to connect to younger audiences and that could mean changes for how the company programs and presents itself. “We’re gravitating to create relevance for our art form,” Oplinger explains. “This can be a refuge for those who don’t want to live on their cell phone.” Oplinger says some of these younger fans may not lean toward the same piece. “There are different flavors of opera. Some will appreciate a modern piece where others are steeped in the classics. It’s our responsibility to let new audiences know innovation is happening, it’s all in how it’s presented. Opening them up to the thrills only a live performance can create.”

As the eldest of six kids, Oplinger says each one of them are different and have completely different interests. “Only a couple of us have even a little bit in common,” she laughs. “I don’t like to inflict art upon friends and I don’t press family to come to our performances. I don’t begrudge them for not coming. That said, I love to take people to their first opera.”

Perhaps no art form is more associated with passionate emotions, but Oplinger says she’s never cried at an opera. “Some of my newbie friends cry,” she says. “I think people are taken aback at the sheer power and beauty that is the human voice, the reaction to the instrument itself. People appreciate the training, work and dedication it takes for a performer. That helps create a sense of loyalty; people will go on a ride with you.”

Oplinger’s first chance to take a ride with her patrons will be A Night at the Opera. This concert of audience-requested favorites will feature beautiful moments from legendary operas including Tosca, Carmen, The Marriage of Figaro. The production will take place next week on May 17 at 7:30 pm and May 19 at 2:30 pm in Uihlein Hall at the Marcus Center, and will feature the company debut of soprano Alexandra LoBianco, a rising star in the opera world who will make her Metropolitan Opera debut next season.